Q&A: Christopher West reflects on the Passion ‘like you’ve never heard before’ 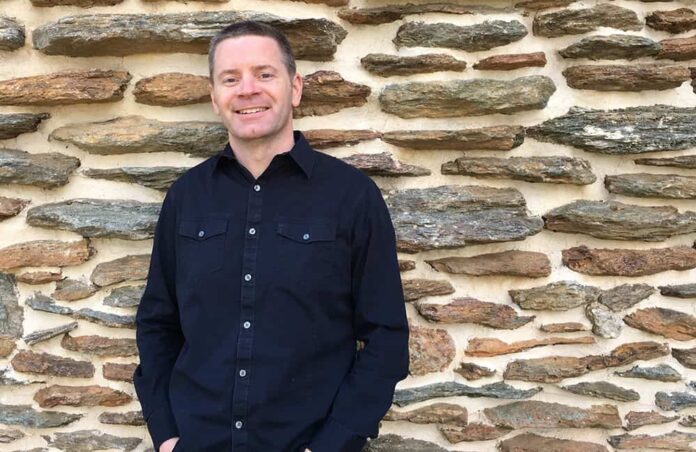 Christopher West has never been one to play it safe.

His talks on Pope St. John Paul II’s revered Theology of the Body go against basically every modern-day notion of human sexuality, and it speaks to the work’s relevance that West is always able to tie it into some element of pop culture. He recently released a free eBook titled Theology of the Body at the Movies that points out examples of JPII’s teachings on sexuality in modern films.

On Wednesday, April 12, West is paying a visit to St. Mary Catholic Church in Aspen for a free talk and Q&A session titled “A Reflection on the Passion, Death & Resurrection of Jesus Like You Have Never Heard Before.” Denver Catholic caught up with West ahead of his visit.

Denver Catholic: Without giving too much away, why will your talk on the passion, death and resurrection of Christ be “like you’ve never heard it before”?

Christopher West: Few of us have heard the passion of the Lord presented as so many of the saints and mystics describe it – as the consummation of a marriage. Saint Augustine, for instance, describes the Cross as Christ’s marriage bed. And the Byzantine Church, in fact, calls Holy Week the “Week of the Bridegroom.” Saint John Paul II lamented how this spousal vision of the most important event in human history has been largely lost in the modern view of Christianity, and he sought to reclaim it for the whole Church. In this presentation, we’re going to reverently pull back the veil and enter into what Pope Benedict XVI described as the “mad Eros” of Christ the Bridegroom loving his Bride, the Church, from the Cross.

DC: What can the culture today learn from JPII’s “Theology of the Body,” especially when it comes to hot-button topics such as gender ideology and same-sex relations?

We’ve been blinded to the meaning of gender in the modern world, and this can be traced back in large part to the 20th Century embrace of contraception. Contraception is a direct attack on the meaning of gender. Gender shares the same root as words like generous, genesis, generate, genitals, progeny, genealogy. The word “gender” means the manner in which one generates. When we fail to respect the fact that our genitals are meant to generate, we eventually degenerate. This is what we are now living through. For such a time as this have we been given Saint JP II’s Theology of the Body.

DC: You recently published a free eBook called Theology of the Body at the Movies. Where did the idea come from, and what’s the aim of the book?

CW: I’ve always been a bit of a movie buff. It’s one of the most powerful modern art forms, and I’ve been drawing from my favorite movies for years in my courses, lectures, books and blogs. I’ve finally collected all that I’ve written about movies over the years into this one new resource. Hollywood produces a lot of awful films. It also produces some real gems with incredibly powerful lessons. You can get Theology of the Body at the Movies for free at my ministry’s website corproject.com.

CW: For readers not familiar with the beautifully liberating vision of John Paul II’s Theology of the Body, there are lots of ways you can learn more. You can begin just by Googling the term and doing some reading. We offer ongoing formation at The Cor Project (cormembership.com) and an annual TOB-themed pilgrimage. This July we’re going to Ireland (corproject.com/Ireland), and a few spots are still open.