His Church. Our Experience.
Subscribe
HomeLocalQ&A: Archbishop and Democrat, Republican Senators weigh in on repealing the death...
LocalQ&A

Q&A: Archbishop and Democrat, Republican Senators weigh in on repealing the death penalty in Colorado 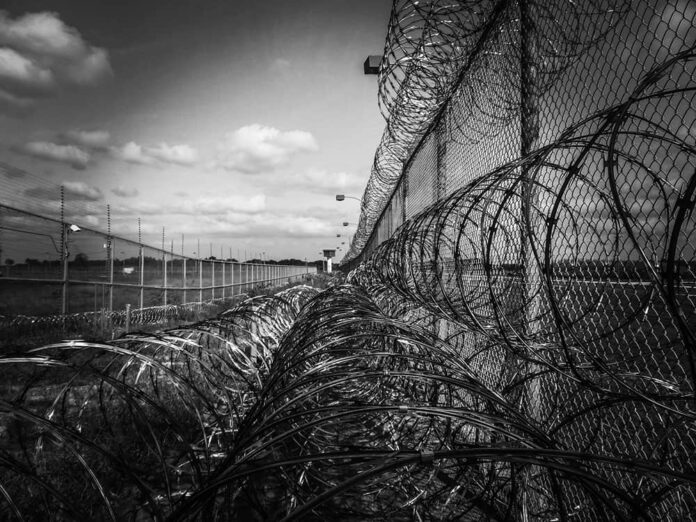 The Death Penalty Repeal Act (SB 17-095), which would abolish capital punishment in Colorado for offenses committed on or after July 1, 2019, was introduced by the State Senate March 4.

The Denver Catholic spoke to Archbishop Samuel J. Aquila and two State Senators who hope to repeal the current measure: Senator Angela Williams, D-Denver, primary sponsor of the bill and parishioner at Cure D’Ars Parish in Denver; and Senator Kevin Priola, R-Henderson, initial cosponsor of the bill and parishioner at St. Augustine Parish in Brighton.

Denver Catholic: Why should we repeal the death penalty in Colorado?

Archbishop Aquila: Human life is inherently good, even if a person chooses to commit horrible crimes. In the past, in certain circumstances, the death penalty made sense, since society struggled to protect itself from people who committed murder. But our prison system has improved to the point that we are able to respect the dignity of human life and to protect society. Given this reality, Colorado should not perpetuate the cycle of violence by taking further life, especially when the death penalty’s effectiveness as a deterrent to crime is in doubt.

Senator Williams: I think there are several reasons why. Number one, we know that the death penalty has not been utilized in Colorado since 1997. Secondly, we know that the application of asking for the death penalty is applied in an inequitable fashion, and we have many reports, many studies to prove that. If you look at who’s on death row, there are three African Americans, all from Arapahoe County, all went to the same high school and all their cases were tried in the 18th Judicial District. Also, we know that there are approximately $3.5 million spent on death penalty cases, which doesn’t include the appeals process, as opposed to about $150,000 spent on cases of life without parole.

And on my Catholicism side, I believe in the sanctity of life, that it is God who makes us in his image, it is he who gives life from the point of conception until true natural death. And I just don’t think we should be using the death penalty and taking people’s lives. That’s not our decision to make; that’s the Creator’s.

Senator Priola: From a perspective of faith, I understand what the Church teaches, and I agree with it. I think that by taking away someone’s life, you’re taking away their ability to repent from whatever they have done. Also, there are many cases where people have been innocently put to death.

But also, in the practical sense, and what currently happens in the State of Colorado, is that folks are on death row for decades, which costs tens of millions of dollars with appeals. We have the ability in this modern age to keep people locked up for life.

DC: What is the likelihood that Colorado will repeal the death penalty this year?

SW: I believe we have a good chance of repealing the death penalty this year. Democrats have the Governor’s Office and have control of the House of Representatives and the Senate. I am very optimistic that we will be able to get it passed this year, and the governor has said that he would sign it if we get it to his desk.

SP: Highly likely. It has support from both sides of the aisle and I think there are enough like-minded people to get it finally passed.

DC: How does your Catholic faith help inform how you think about this issue?

ABA: We believe, as many people of faith do, that God created every person in his image and likeness. This fact should form the basis for our laws. Being an unborn child, a person with a disability or a criminal does not change this inborn dignity. It’s possible to allow sin to disfigure that likeness, but our underlying dignity is not something that can be forfeited.

When the state unnecessarily engages in taking someone’s life, even a guilty person’s, it commits more violence and takes away the opportunity for the conversion of criminals.

SW: I was born and raised Catholic and everyone all the way back to my ancestors were Catholic, so we are very deeply rooted in the Church and her teachings. We’ve seen Pope Francis, Pope Benedict XVI and Pope John Paul II come out against the death penalty because of our teachings as a Church and the sanctity of life. I believe life is so precious, and I’m also concerned about how we, in our beliefs, can help those in prison get some type of redemption.

SP: I’ve read a lot of the encyclicals from popes. I’ve read the Catechism on this issue. I also attended the Catholic Biblical School for three years before I ran for office. I feel like I have a pretty strong grasp of what the Church teaches, and I think that the reasoning is completely sound.

DC: What would you tell your fellow Catholic legislators, on either side of the aisle, if they were currently undecided about this issue?

SW: I would say that morally, we as Catholics, should not be deciding when we take life. And if they are committed to the doctrine and teachings of the Church, then they will believe that too, I hope. Something that often comes up is the people who have experienced a hideous crime, and I think we need to respect those who have gone through some of these great losses, but in the long term, we need to look at reforming the criminal justice system. I also think we have to realize that mistakes are made in our judicial system. We have come very close, in a couple of situations, of taking life when people were innocent.

SP: I would tell them to talk to people, other Catholics, that believe it is time to get rid of the death penalty and talk about the philosophical and spiritual reasons why. I would also sit down with them and go through the pros and cons of abolishing it: the state budget, the current law and current practices.

SW: I would just say that if we, as the State of Colorado, can focus our efforts on repairing a broken system, looking at restorative justice for victims and offenders and many aspects of the crime that exist in the criminal justice system, we can reform what I consider a broken system.

SP: I think the death penalty is part of a broader discussion that we, the policy makers, need to have on the sanctity of life, be it harm reduction in drug abuse, pro-life issues with the conception of unborn children, and even the euthanasia issue.

DC: How does the Church in Colorado currently minster to those in prison? What are some of the fruits these ministries have borne?

ABA: The archdiocese serves over 40 detention facilities in northern Colorado with the help of clergy and lay people. Inmates who are open to a visit can receive a rosary, Bible, sacraments or in some cases one-on-one spiritual guidance.

The fruits of our efforts to bring Christ to the imprisoned are quite inspiring. Our priests and deacons report that they have seen many conversions, including among those men and women who have received either state or federal life sentences. We have seen that, over a period of years, these men and women have encountered Christ and it has changed their demeanor, how they interact with their fellow prisoners and the reverence of their participation in the sacraments.

Even though these people know that they will never leave prison, they have been changed by their encounter with the grace of God. We should be concerned about the salvation of every person, even the imprisoned, and a life sentence affords this opportunity to them.