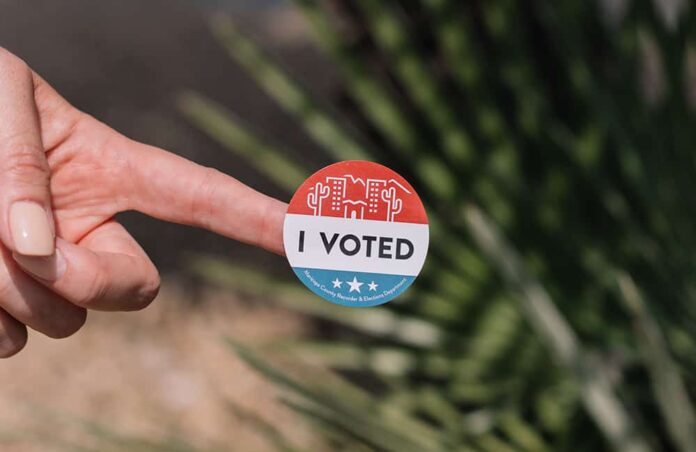 Sixty years ago, Father John Courtney Murray, SJ, published what I regard as the finest Catholic analysis of American democracy ever penned: We Hold These Truths – Catholic Reflections on the American Proposition. In recent decades, Father Murray has been accused of being an uncritical celebrant of the United States. That unjust charge is decisively refuted by the most pungent sentence in We Hold These Truths, which I shall cite in a moment.

In his wide-ranging book, Murray examined the deterioration of the moral and cultural foundations of American public life, a process he thought had been underway for some time. Mainline Protestantism could no longer help buttress those foundations; its doctrinal and moral confusions were part of the problem, not the solution. Nor could the country rely on its great centers of higher education for cultural ballast; the prestige universities, Murray wrote, had abandoned the classic philosophical and moral traditions of the West,  settling comfortably into the dual ruts of pragmatism (“What’s right is what works”) and utilitarianism (“What’s good is what’s useful”). The notion that freedom was having the right to do what we ought – meaning that genuine freedom is always tethered to truth and ordered to goodness – was being supplanted by the thin and dangerous notion of freedom as willfulness.

What would happen, Murray asked, if those baleful tendencies won the contest for American culture? What would happen if Americans decided that democratic self-governance was simply a matter of political and legal machinery, rather than the cultural accomplishment of a virtuous people? If Americans decided that truth and goodness had nothing to do with politics and law? If Americans no longer believed that the laws we make are under the judgment of the moral law written on the human heart? What would happen, Murray warned, was not going to be pretty: “…the noble many-storeyed mansion of democracy will be dismantled, levelled to the dimensions of a flat majoritarianism, which is no mansion but a barn, perhaps even a tool shed in which the weapons of tyranny may be forged.”

Anyone who hears, here, a premonition of what Pope Benedict XVI called the “dictatorship of relativism” is not imagining things.

I am not a doomist. There are reservoirs of goodness in the American people – including a sense of mutual obligation I’ve witnessed many times during the pandemic. There are powerful sources of national renewal to be found in an honest telling of the American story and in the moral commitments and political ideas of the Founders and Framers (read Washington’s Farewell Address for a glowing example). At the moment, however, those sources of renewal are not being effectively deployed. Why?

Because academic leaders have been cowed by cancel culture totalitarians who take their stage cues from Stalin and Mao Zedong. Because too much of corporate America, including virtually the entire sports-and-entertainment complex, has not only surrendered to political correctness but actively promotes it. Because elective public office these days tends to attract the screamers and ideologues, not the men and women of reason. Because too few religious leaders have found the public vocabulary necessary to summon the nation beyond bitterness and retribution; how many times have you heard the words “forgiveness” and “reconciliation” invoked these past six months by those whose primary public tasks include calling the country beyond accusation and hatred?

What is the thoughtful Catholic voter, who understands that the Church’s social doctrine cannot be confined in any partisan box, to do in this election cycle?

While all the cardinal virtues – prudence, justice, courage, and moderation – play a role in religiously serious citizenship, prudence is arguably the virtue most relevant to making electoral choices in 2020. The country is bitterly divided and irrationality stalks the land. Local officials are gravely defaulting on their responsibilities by refusing to maintain public order. There are two deeply flawed candidates for president, either of whose election portends more trouble. America needs time to renew itself by creating a more sober, rational and decent public square.

That renewal will be more difficult if the Democratic Party wins the presidency, the U.S. Senate, and the U.S. House of Representatives – and is thus able to enforce the agenda of lifestyle libertinism and intolerant “tolerance” to which its platform commits it, especially in matters of the sanctity of life and the conscience rights of believers. As the House will certainly have a Democratic majority in 2021-2022, prudence dictates maintaining a Republican Senate, irrespective of who is elected president.

There are moments when a unified federal government is essential. This is not one of them.