Pro-Life Colorado: The Unified Voice of the Pro-Life Movement in Colorado 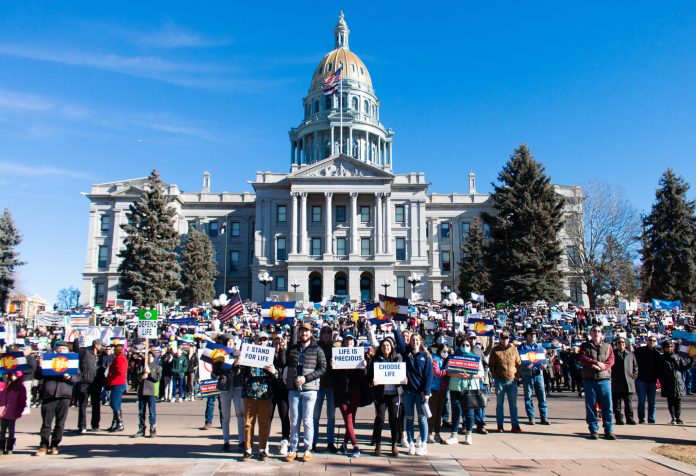 Americans, both pro-life and pro-abortion, anxiously awaited the U.S. Supreme Court decision Dobbs v. Jackson Women’s Health Organization, which was released on June 24, a day that will go down in history as the day that Roe v. Wade was overturned. That decision, along with Planned Parenthood v. Casey (1992), have both plagued our country for half of a century by establishing an arbitrary “right” to abortion and viability tests that restrict states from prohibiting abortion before viability. These precedents had been cited by scholars on both sides of the issue as poorly decided, as the United States Constitution makes no reference to abortion and has no constitutional protection for abortion. Roe and Casey being struck down is great news for America!

Now that these decisions are overturned, the question on abortion legality pre-viability will be returned to the state legislatures. For Colorado, it means that the status quo of the newly enacted HB22-1279 Reproductive Health Equity Act (RHEA) will not change immediately, and more work needs to be done for preborn children — and that is where Pro-Life Colorado comes in.

The Reproductive Health Equity Act (RHEA) was introduced in the Colorado General Assembly on March 3, 2022 and signed into law by Governor Jared Polis by April 4. The bill was rushed through the legislative process to suppress the voices of millions of Coloradans. Yet, within three weeks, more than 350 Coloradans testified against RHEA in the House and over 215 in the Senate, pro-life lawmakers attempted to filibuster in both houses (for 24 hours in the House and 14 hours in the Senate), and nearly 1,000 Coloradans rallied against the bill on the steps of the Capitol on March 12.

But perhaps most noteworthy is that the tragically unjust RHEA brought many pro-life organizations in the state of Colorado together to formally unite for the first time as one single voice: Pro-Life Colorado.

Pro-Life Colorado is the formal coalition of all 22 pro-life groups in the state of Colorado, including policy and education organizations and crisis pregnancy centers. Pro-Life Colorado joined together to stop the extreme Reproductive Health Equity Act (RHEA). Each individual organization does amazing work for thousands of women, families and pre-born children across the state of Colorado. But as a coalition, their voice is even stronger when directed at a single common issue of concern. For instance, Pro-Life Colorado’s first act as a coalition was to host the rally at the Capitol against RHEA, bringing in nearly 1,000 people with only two days’ notice, which began as the House 24-hour filibuster concluded.

Together, Pro-Life Colorado will continue to fight together against RHEA and future pro-abortion initiatives, and as a coalition we will advance policy that promotes the sanctity of life from conception. This includes preparing to address the influx of women coming into Colorado because, as pro-abortion lawmakers put it, Colorado is now a “safe haven” of late-term abortion in the country.

Pro-Life Colorado’s establishment is indispensable considering pro-abortion advocates’ future plans for our state. Planned Parenthood, Cobalt, and Colorado Organization for Latina Opportunity and Reproductive Rights (COLOR) announced that they are planning a 2024 ballot proposition to allow Colorado tax-payer dollars to be used for abortion by removing Colorado’s current constitutional protection (1984 ballot prop) against public funding for abortion. If they are successful, Colorado will be the most extreme abortion state in the country: allowing abortion up-to-the moment of birth (possibly even after) for any reason, removing all “independent and derivative rights” from “fertilized eggs, embryos or fetuses” (e.g. pre-born children at all stages of development), potentially removing the notification requirement for minors who have an abortion, and forcing all Colorado taxpayers to pay for the brutal murder of innocent children in the womb.

Coloradans do not want to be the most extreme abortion state in the country. In 2020, 1.3 million Coloradans voted for Proposition 115 to prohibit abortion at 22-weeks viability. A 2020 Cygnal poll showed 63% of Coloradans believe there should be some restrictions on abortion. This is consistent with 2020 national Gallup polling that has found only 29% of Americans want completely unrestricted abortion, while 71% want some restrictions. The ardent display of public opposition, despite pro-abortion lawmakers’ attempts to stifle their voices clearly shows that the majority of Colorado’s citizens do not support this abortion extremism. RHEA, the 2024 ballot initiative, and other efforts by pro-abortion activists align with the extreme minority that want unrestricted abortion for the full 40-weeks of pregnancy. ⊲

As a member of the Pro-Life Colorado coalition, and an advocate in its own right, the Catholic Church in Colorado continues to be one of the loudest voices in the state and country in its opposition to abortion and support for pro-life efforts. The Colorado Catholic Conference and Catholic Charities were very active at the Capitol opposing RHEA and supporting legislation that valued life. But perhaps most remarkable is the Colorado bishops’ leadership on the issue.

The Colorado bishops were especially active in personally advocating against RHEA – Archbishop Samuel J. Aquila of Denver, Auxiliary Bishop Jorge H. Rodriguez of Denver and Bishop Stephen J. Berg of Pueblo all personally testified in Senate Health committee against the bill. As early as September 2021, the Colorado bishops made efforts to meet privately with the Catholic politicians representing the people within the three dioceses of our state to discuss Eucharistic coherence and the abortion issue. Only one of the 14 identified lawmakers responded to the invitation – and she voted against RHEA.

After much prayer, on June 6 the Colorado Bishops, in their pastoral capacity as shepherds of the Church, jointly sent Catholic legislators a letter asking any of them who voted for the HB22-1279 Reproductive Health Equity Act (RHEA) to voluntarily refrain from receiving Holy Communion because by voting for RHEA they “very likely placed themselves outside of the communion of the Church.” They did this out of concern for their souls and the souls of those whom they might lead astray by their example. Indeed, if the bishops did not make every effort to privately and publicly affirm the preciousness of human life and oppose the evil of abortion, they would be failing to fulfill their vocation as shepherds of the Church. This is the first time in recent years all the bishops in a state offered an exhortation on the worthiness of receiving Holy Communion, especially in respect to one’s view on abortion.

Dobbs may be a national turning point for America, with a new generation of pro-life advocates moving the no-longer-silent majority to promote for life. Because over one million babies (3,000 per day) are being killed in the womb every year in the U.S., one fifth of the millennial/Gen Z generation is missing. Yet, a recent survey by The Institute for Pro-Life Advancement found that over 70% of registered voters age 18-34 favored some limits on abortion. The enthusiasm of the pro-life movement can also be seen in the predominance of pro-life student groups on college campuses, which outnumber Planned Parenthood groups four-to-one. And mothers have more resources than ever before. Students for Life America recently launched standingwithyou.org, which provides a reference tool for mothers and families to find pre-and-postnatal centers near them as alternatives to abortion. According to Students for Life, 2,752 pro-life pregnancy centers exist across the country, compared to 600 Planned Parenthood locations.

The Colorado dioceses operate and support several pregnancy centers and ministries that care for women and families prenatal and postnatal. For example, the Archdiocese of Denver’s Marisol Health provides a continuum of care for more than 2,000 clients annually; the Diocese of Pueblo hosts 19 Caring Pregnancy Centers that serve over 1,500 families annually; and the Diocese of Colorado Springs supports Life Network’s pregnancy centers and is building a new Maternity Home, Mater Filius, that will house and support pregnant and homeless moms.

Our state’s pro-life coalition, Pro-Life Colorado, is in the beginning stages of its unification, but it has great plans for the future to turn the tide of abortion extremism in Colorado and cultivate a culture that values life at every stage and condition. 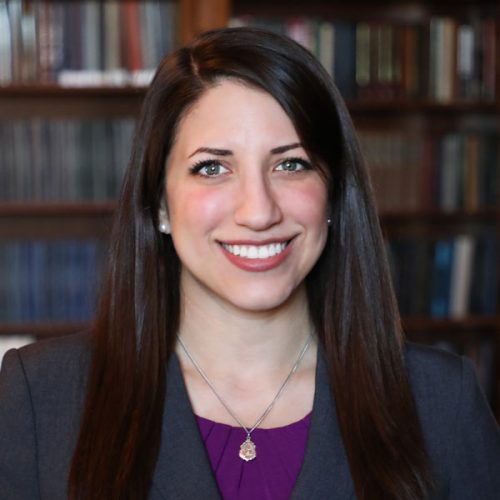