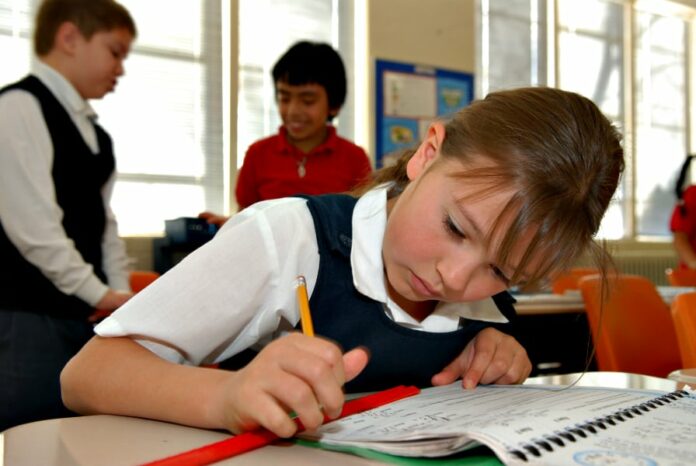 A Senate bill that would grant tax credits for private school education drew support from legislators when it passed through committees this month.

The Tuition Tax Credit Bill, Senate Bill 1545, drew party-line votes at the state Capitol when it was proposed to the education and finance committees. It is sponsored by Sen. Kevin Lundberg, R-Larimer.

School-choice supporters including Catholic schools and home-school advocates back the bill for its proposed method to reimburse guardians who pay tuition costs for private school education.

The Colorado Catholic Conference, the lobbying arm for the Church in Colorado, announced its support for the bill. The conference said the bill allows any taxpayer to claim a credit upon a credit certificate for private school enrollment. The bill further allows credits for an enrolled student who earns a scholarship to a private school.

Opponents to the bill, including teachers’ unions and public school officials, testified to committee members that private schools would receive unfair advantages, including exemption from public testing requirements.

Meanwhile, the Colorado Supreme Court is expected to release a decision on the contentious school voucher case in Douglas County. Lawyers argued before the court in December over the county school district’s Choice Scholarship Program, which proposed vouchers for students enrolled in private education.

A drawn-out battle over the question of vouchers could reach its end once the court decides the fate of vouchers and other school districts’ ability to propose similar initiatives.

The Tuition Tax Credit Bill was sent to the Senate Appropriations Committee for consideration Feb. 10.

Bishop Machebeuf: the People, the Plan, and the Partnerships to Thrive