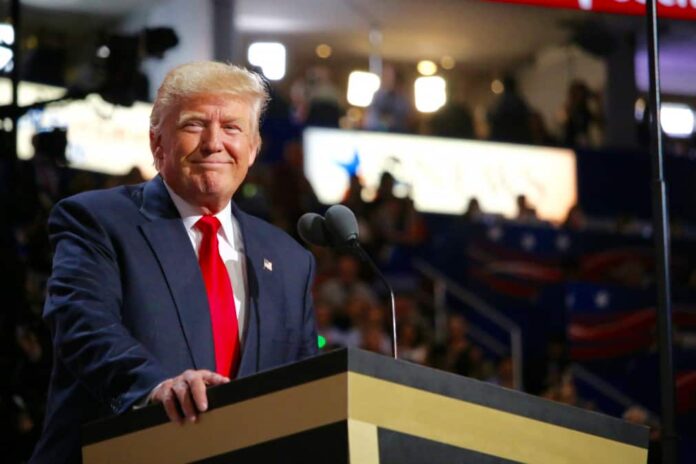 WASHINGTON, D.C. — U.S. President Donald Trump will address the national March for Life in person on Friday, making him the first president in the event’s 47-year history to do so, organizers announced.

“See you on Friday…Big Crowd!” the president said Wednesday in a retweet of a video from last year’s march, posted by the national March for Life account.

Jeanne Mancini, president of March for Life, said in a statement that the organizers of the Washington, D.C., event are “deeply honored” to welcome Trump to the march.

“He will be the first president in history to attend and we are so excited for him to experience in person how passionate our marchers are about life and protecting the unborn,” she said.

She also praised the efforts Trump and his administration have made in increasing legal protections for the unborn.

“From the appointment of pro-life judges and federal workers, to cutting taxpayer funding for abortions here and abroad, to calling for an end to late-term abortions, President Trump and his Administration have been consistent champions for life and their support for the March for Life has been unwavering,” Mancini said. “We are grateful for all these pro-life accomplishments and look forward to gaining more victories for life in the future.”

Many of Trump’s pro-life policies – such as the restoration and expansion of the Mexico City Policy, which bars U.S. aid to foreign organizations that perform or promote abortions as a means of family planning – have been praised by the U.S. Conference of Catholic Bishops, while his crackdowns on immigration have frequently drawn criticism from the bishops.

While Trump will be the first U.S. president to address the March in person, President Ronald Regan and President George W. Bush also delivered messages to the March for Life remotely via telephone in previous years.

In his 2004 message, Bush thanked the marchers for their “devotion to such a noble cause” and encouraged them to “continue with civility and respect to remind our fellow citizens that all life is sacred and worthy of protection,” the New York Times reported.

In 2017, Vice President Mike Pence became the highest-ranking politician to address the March for Life in person. He encouraged attendees to let the pro-life movement be known “for love, not anger…let it be known for compassion, not confrontation.”

In 2018, U.S. Speaker Paul Ryan spoke at the March for Life while President Trump addressed attendees of the march via a videocast from the White House Rose Garden.

Last year, Trump also addressed the March via a pre-recorded message, which was introduced in person by Vice President Pence and Second Lady Karen Pence.

“When we look into the eyes of a newborn child we see the beauty of the human soul and the majesty of God’s creation, we know that every life has meaning and every life is worth protecting,” the president said last year. “I will always protect the first right in the Declaration of Independence, the right to life.”