His Church. Our Experience.
Subscribe
HomeLocalPregnancy care centers get nod from Senate
Local 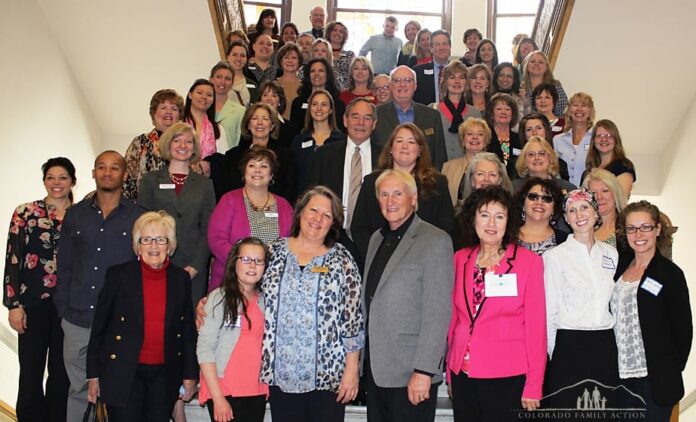 “A young, scared 15-year-old girl showed up at the Alamosa pregnancy center, abortion-minded, looking for information and a confirmation of her pregnancy,” Crowder described to an audience of fellow senators inside the Capitol April 21.

Crowder’s wife met the pregnant teenager at the center, he said, and connected her with a couple in Minnesota who wanted to adopt a child. An adoption was arranged and some 17 years later the adopted daughter plans to graduate from a Minnesota high school.

“Now Mya, who is 17, is a typical American girl,” Crowder shared. “She’s a beautiful young girl with a beautiful spirit. I’m overwhelmingly proud of her and equally proud to call her my niece. The adopted mother is my wife’s sister.”

Sen. Kevin Lundberg, R-Larimer, proposed Senate Resolution 3 to support the centers who are the “front-line soldiers” of helping pregnant women.

“Each one of those centers represents hundreds of people who are dedicated to helping women who find themselves in a difficult circumstance in life and carrying a child,” Lundberg said. “They’re not there to cast any judgmental edicts of any sort. They’re simply there to help in every circumstance.”

It would take millions of dollars of governmental monies to match volunteers’ work to do what is “right and just and necessary” to aid women, he said.

The resolution passed by a 20-14 vote following a 12-year gap since a similar supportive measure was approved by the state Senate.

But it didn’t pass without some resistance.

“The resolution itself reiterates abstinence only,” she said. “This state has moved to a science-based curriculum because abstinence-only is a sure way, based on the data, to actually increase unwanted and unplanned teen pregnancies.”

Lighthouse Women’s Center executive director, Lynn Grandon, said opponents of the resolution believe giving youth contraceptives and explaining how they work qualifies as comprehensive sex education. Yet this “science-based curriculum” doesn’t explain the function and purpose of the reproductive system and the dangers of casual sex.

Carroll, with the support of Sen. Irene Aguilar, D-Denver, urged the Senate to approve an amendment to the resolution but it failed by a 16-18 vote.

“I find it unfortunate that there would be any resistance to honoring the pregnancy resource centers,” Lundberg said in reaction to the proposed amendment. “Don’t turn this into some sort a political football. Look at this as what it is: individual people devoting their life for the betterment of so many others. This is not an issue. These are people.”

Grandon said the people behind Lighthouse are working to expand their own staff and have extended their hours to meet the needs of pregnant women.

She said the support from Sen. Lundberg and some of the senators was heartwarming.

“Everyone that was supportive in the Senate was talking to us and were smiling really big,” she said.