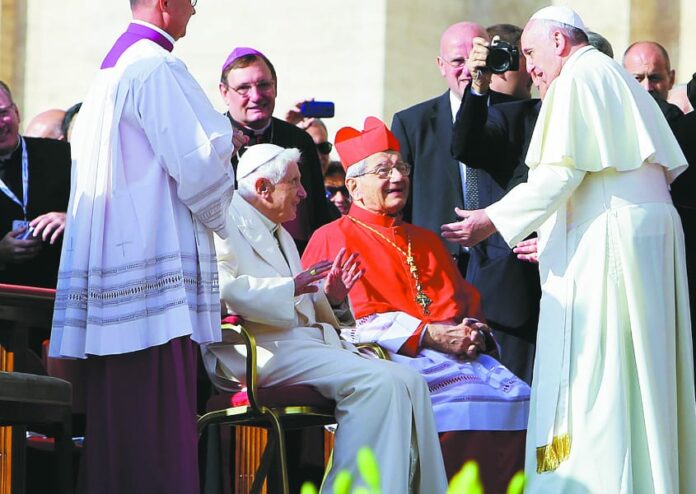 VATICAN CITY (CNA/EWTN News)—Retired pontiff Benedict XVI joined some 50,000 pilgrims in St. Peter’s Square Sept. 28 for a meeting between Pope Francis and elderly people from around the world.

Welcoming his predecessor, the Holy Father described Pope Benedict as the “grandfather of all grandfathers.”

“I have said many times that it gives me great pleasure that he lives here in the Vatican, because it is like having a wise grandfather at home. Thank you!”

Gathered together in front of St. Peter’s Basilica beneath the sunny sky, pilgrims heard from a number of people who gave witness of their own experiences, interspersed with musical interludes which included performances by Andrea Bocelli.