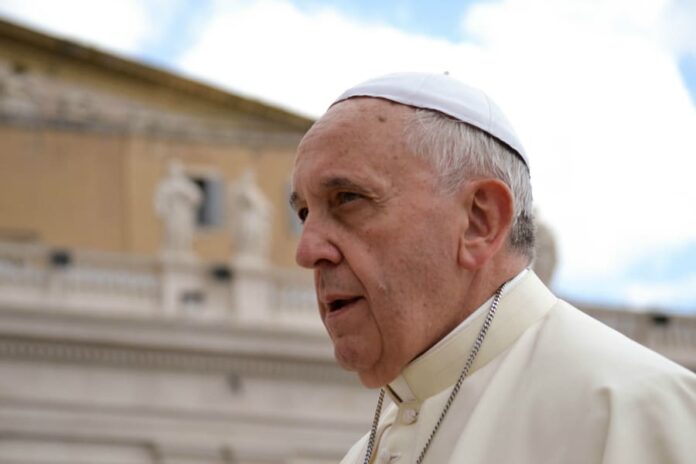 The limelight on the Church’s leader Pope Francis has not abated since his selection as pontiff two years ago on March 13. Talk continues about the pope from Argentina and the direction he is leading Catholics.

Kevin Cotter, FOCUS web and Equip app director, penned two books on the pope. He will speak about his latest book “A Year of Mercy with Pope Francis: Daily Reflections” and the pope who has captured the interest of the world March 9 at Theology on Tap in Denver.

The Denver Catholic interviewed Cotter about his thoughts prior to his presentation.

Q: This month marks the two-year anniversary of Pope Francis’ pontificate. Do you think the direction of the Church has changed since he was selected pontiff?

A: This question is really at the heart of the debate that is still swirling around Pope Francis. There’s a great hope by many in our society that he will radically change the direction and specifically the teachings of the Church. I believe that he is very much changing our Church—not the substance or teachings of our faith, but the context and style. In many ways, he is fulfilling Pope John Paul II’s vision for the new evangelization that the faith could be understood in the language of our society. I think Pope Francis has a tremendous gift for doing this and it is changing the way that others in the Church speak about our faith and share it with others.

Q: The media has widely covered the pope and his messages to the world. Is there a disparity between the media’s portrayal of him and who he is in reality?

A: The short answer is yes. The long answer is much more complex, but I’ll try to do it justice briefly. Because Pope Francis is so popular and because there is a great hope that he will change the teachings of the Church, the press can portray him as a reformer, but in the wrong ways. They sometimes lose sight that he is not changing the substance, but the style. Knowing this detail can drastically change the way news is written and read. It is the confusion around this detail that has caused so much confusion and controversy. Q: You’ve written two books about the pope. Your second book “A Year of Mercy with Pope Francis: Daily Reflections” released late last year, shares the pope’s wisdom on following Christ in practical ways. What have you learned about the pope while working on these publications?

A: Through the process of writing the two books, I’ve read almost everything by Pope Francis that has been published in English. I’ve learned that he has a tremendous ability to communicate the Gospel. Because he has so much experience as a pastor and being among people, he is able to convey the message of the Gospel that is simple and directly, but in a way that is very dynamic and rich in meaning.

Q: During the next Theology on Tap gathering in Denver March 9, you will speak to young adults about Pope Francis. What is important for them to know about him?

A: There are two things that I think are extremely important to know about Pope Francis. First, it is important to know his history. When he became pope, he told himself, “Jorge, do not change, continue being yourself, because to change at your age would be ridiculous.” In light of this, his history can tell us a lot about what he does today and why. For more on this, I highly recommend “The Great Reformer” by Austin Ivereigh. Second, it is important to know that he is carrying out a reform on the Church. He does have an agenda. He wants to reform the Church to focus on everyday people. There are some key aspects to this reform that I will share in my talk that I think everyone should know about.

Q: What do you think the world can expect from the pope next?

A: Because he is so unpredictable, I would be foolish to try too hard to guess. It appears that he will release an encyclical on the environment sometime in 2015. I’m also very excited for him to come to the United States next fall and to hear him address our country directly.