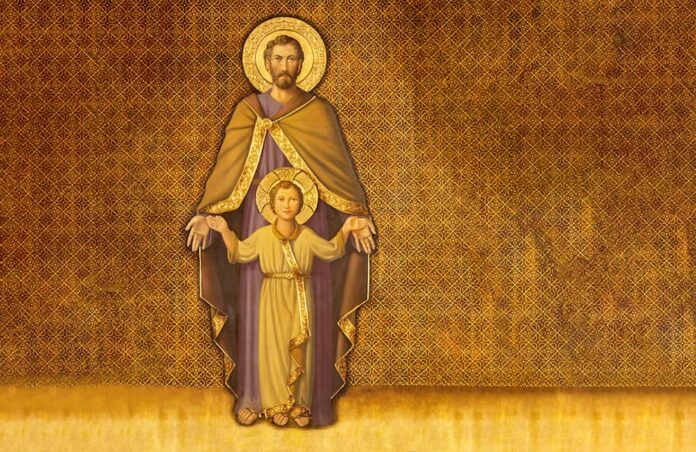 Pope Francis announced a Year of St. Joseph Tuesday in honor of the 150th anniversary of the saint’s proclamation as patron of the universal Church.

The decree said that Pope Francis had established a Year of St. Joseph so that “every member of the faithful, following his example, may strengthen their life of faith daily in the complete fulfillment of God’s will.”

It added that the pope had granted special indulgences to mark the year.

The Dec. 8 decree was issued by the Apostolic Penitentiary, the dicastery of the Roman Curia that oversees indulgences, and signed by the Major Penitentiary, Cardinal Mauro Piacenza, and the Regent, Msgr. Krzysztof Nykiel.

In addition to the decree, Francis issued an apostolic letter Tuesday dedicated to the foster father of Jesus.

The pope explained in the letter, entitled Patris corde (“With a father’s heart”) and dated Dec. 8, that he wanted to share some “personal reflections” on the spouse of the Blessed Virgin Mary.

“My desire to do so increased during these months of pandemic,” he said, noting that many people had made hidden sacrifices during the crisis in order to protect others.

“Each of us can discover in Joseph — the man who goes unnoticed, a daily, discreet and hidden presence — an intercessor, a support and a guide in times of trouble,” he wrote.

“St. Joseph reminds us that those who appear hidden or in the shadows can play an incomparable role in the history of salvation.”

In its decree Tuesday, the Apostolic Penitentiary said that, “to reaffirm the universality of St. Joseph’s patronage in the Church,” it would grant a plenary indulgence to Catholics who recite any approved prayer or act of piety in honor of St. Joseph, especially on March 19, the saint’s solemnity, and May 1, the Feast of St. Joseph the Worker.

Other notable days for the plenary indulgence are the Feast of the Holy Family on Dec. 29 and St. Joseph’s Sunday in the Byzantine tradition, as well as the 19th of each month and every Wednesday, a day dedicated to the saint in the Latin tradition.

The decree said: “In the current context of health emergency, the gift of the plenary indulgence is particularly extended to the elderly, the sick, the dying and all those who for legitimate reasons are unable to leave the house, who, with a soul detached from any sin and with the intention of fulfilling, as soon as possible, the three usual conditions, in their own home or where the impediment keeps them, recite an act of piety in honor of St. Joseph, comfort of the sick and patron of a happy death, offering with trust in God the pains and discomforts of their life.”

The three conditions for receiving a plenary indulgence are sacramental confession, the reception of Holy Communion and prayer for the pope’s intentions.

In his apostolic letter, Pope Francis reflected on the fatherly qualities of St. Joseph, describing him as beloved, tender and loving, obedient, accepting, and “creatively courageous.” He also underlined that he was a working father.

The pope referred to the saint as “a father in the shadows,” citing the novel “The Shadow of the Father,” published by the Polish author Jan Dobraczyński in 1977.

He said that Dobraczyński, who was declared Righteous Among the Nations by Yad Vashem in 1993 for protecting Jewish children in Warsaw in World War II, “uses the evocative image of a shadow to define Joseph.”

“In his relationship to Jesus, Joseph was the earthly shadow of the heavenly Father: he watched over him and protected him, never leaving him to go his own way,” the pope wrote.

“Our world today needs fathers. It has no use for tyrants who would domineer others as a means of compensating for their own needs,” he wrote.

“It rejects those who confuse authority with authoritarianism, service with servility, discussion with oppression, charity with a welfare mentality, power with destruction.”

“Every true vocation is born of the gift of oneself, which is the fruit of mature sacrifice. The priesthood and consecrated life likewise require this kind of maturity. Whatever our vocation, whether to marriage, celibacy or virginity, our gift of self will not come to fulfillment if it stops at sacrifice; were that the case, instead of becoming a sign of the beauty and joy of love, the gift of self would risk being an expression of unhappiness, sadness and frustration.”

He continued: “When fathers refuse to live the lives of their children for them, new and unexpected vistas open up. Every child is the bearer of a unique mystery that can only be brought to light with the help of a father who respects that child’s freedom. A father who realizes that he is most a father and educator at the point when he becomes ‘useless,’ when he sees that his child has become independent and can walk the paths of life unaccompanied. When he becomes like Joseph, who always knew that his child was not his own but had merely been entrusted to his care.”

The pope added: “In every exercise of our fatherhood, we should always keep in mind that it has nothing to do with possession, but is rather a ‘sign’ pointing to a greater fatherhood. In a way, we are all like Joseph: a shadow of the heavenly Father, who ‘makes his sun rise on the evil and on the good, and sends rain on the just and on the unjust’ (Matthew 5:45). And a shadow that follows his Son.”

Pope Francis has promoted devotion to St. Joseph throughout his pontificate.

He began his petrine ministry on March 19, 2013, the Solemnity of St. Joseph, and dedicated the homily at his inauguration Mass to the saint.

“In the Gospels, St. Joseph appears as a strong and courageous man, a working man, yet in his heart we see great tenderness, which is not the virtue of the weak but rather a sign of strength of spirit and a capacity for concern, for compassion, for genuine openness to others, for love,” he said.

His coat of arms features a spikenard, which is associated with St. Joseph in Hispanic iconographic tradition.

On May 1, 2013, the pope authorized a decree instructing that St. Joseph’s name be inserted into Eucharistic Prayers II, III, and IV.

During an apostolic visit to the Philippines in 2015, the pope explained why he kept an image of the saint on his desk.

“I would also like to tell you something very personal,” he said. “I have great love for St. Joseph, because he is a man of silence and strength.”

“On my table I have an image of St. Joseph sleeping. Even when he is asleep, he is taking care of the Church! Yes! We know that he can do that. So when I have a problem, a difficulty, I write a little note and I put it underneath St. Joseph, so that he can dream about it! In other words I tell him: pray for this problem!”

At his general audience on March 18 this year, he urged Catholics to turn to St. Joseph in times of adversity.

“In life, at work and within the family, through joys and sorrows, he always sought and loved the Lord, deserving the Scriptures’ eulogy that described him as a just and wise man,” he said.

“Always invoke him, especially in difficult times and entrust your life to this great saint.”

The pope concluded his new apostolic letter by urging Catholics to pray to St. Joseph for “the grace of graces: our conversion.”

He ended the text with a prayer: “Hail, Guardian of the Redeemer, Spouse of the Blessed Virgin Mary. To you God entrusted his only Son; in you Mary placed her trust; with you Christ became man. Blessed Joseph, to us too, show yourself a father and guide us in the path of life. Obtain for us grace, mercy and courage, and defend us from every evil. Amen.”