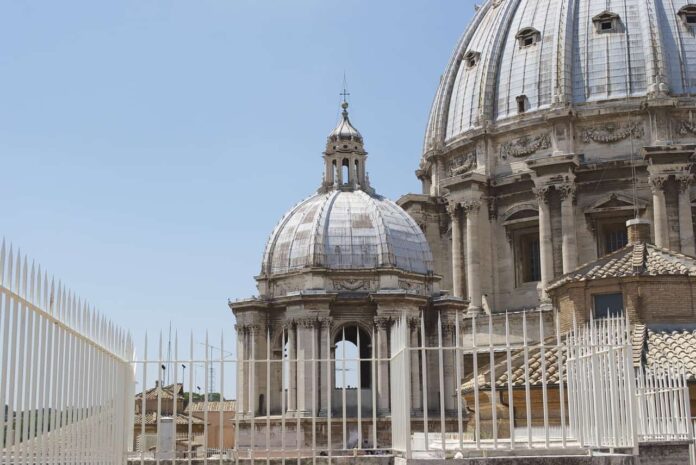 Vatican City, Oct 6, 2018 / 08:09 am (CNA).- The Vatican announced Saturday that it would review its files pertaining to allegations of sexual misconduct on the part of Archbishop Theodore McCarrick, who has been accused in recent months of serially sexually abusing two teenage boys, and of sexually coercing and assaulting priests and seminarians during decades of ministry as a bishop.

The Archdiocese of New York has already conducted a formal investigation into one allegation that McCarrick serially sexually abused a teenage boy in New York, and announced in June that the allegation had been found credible.

In an Oct. 6 statement, the Vatican said that Pope Francis has decided to combine the information from that investigation “with a further thorough study of the entire documentation present in the Archives of the Dicasteries and Offices of the Holy See regarding the former Cardinal McCarrick, in order to ascertain all the relevant facts, to place them in their historical context and to evaluate them objectively.”

“The Holy See is conscious that, from the examination of the facts and of the circumstances, it may emerge that choices were taken that would not be consonant with a contemporary approach to such issues,” the statement added.

“However, as Pope Francis has said: ‘We will follow the path of truth wherever it may lead.’”

McCarrick is the former Archbishop of Washington, DC, and served before that as Archbishop of Newark, Bishop of Metuchen, and auxiliary bishop in New York.

Cardinal Daniel DiNardo, president of the United States Conference of Catholic Bishops, asked the pope for a thorough Vatican investigation- called an apostolic visitation- into McCarrick, and his ecclesiastical career in the U.S. Although DiNardo repeated that request during a Sept. 13 meeting between the pope and U.S. bishops’ conference leaders, the Vatican has thus far declined to order the visitation.

The investigation announced Oct. 6 is not an apostolic visitation. It has been announced as a review of documents already “in the Archives of the Dicasteries and Offices of the Holy See.”

Sources have confirmed to CNA that Pope Francis is scheduled to meet privately with DiNardo and Archbishop Jose Gomez, vice-president of the U.S. bishops’ conference, on Oct. 8.

A source familiar with the investigation told CNA that the Archdiocese of Washington has gathered additional information about McCarrick that could be included in the Vatican review.

At least some American bishops have had knowledge of some aspects of McCarrick’s alleged misconduct since 2005, when two NJ dioceses reached a legal settlement with some alleged victims of the archbishop. A further settlement was reached in 2007.

Questions have been raised about whether those bishops properly acted upon knowledge of allegations against McCarrick, and whether and when other American bishops, among them Cardinal Donald Wuerl of Washington, had knowledge of the archbishop’s conduct. One American bishop, Cardinal Joseph Tobin of Newark, told a journalist in August that he had heard rumors in 2017 about sexual misconduct on the part of McCarrick, but declined to investigate them because they seemed unbelievable.

Among other things, Vigano alleged that Pope Francis lifted the restrictions on McCarrick’s ministry after his election to the papacy, and that McCarrick became an adviser to the pope.

The pope has declined to respond directly to Vigano’s letter.

In a subsequent letter, released Sept. 29, Vigano suggested that Cardinal Marc Ouellet, prefect of the Vatican’s Congregation for Bishops, had direct knowledge of the history of allegations and responses in McCarrick’s case, and urged him to “bear witness to the truth.”

While some claims made by the Vigano letter have been corroborated, the veracity of other claims have been called into question, leading to considerable controversy over its significance. Vigano has claimed that files in the archives of the Vatican and its nunciature- embassy- in the U.S. will corroborate his charges.

The Vatican’s Oct. 6 statement said that “both abuse and its cover-up can no longer be tolerated and a different treatment for Bishops who have committed or covered up abuse, in fact represents a form of clericalism that is no longer acceptable.”

“The Holy Father Pope Francis renews his pressing invitation to unite forces to fight against the grave scourge of abuse within and beyond the Church, and to prevent such crimes from being committed in the future to the harm of the most innocent and most vulnerable in society.“