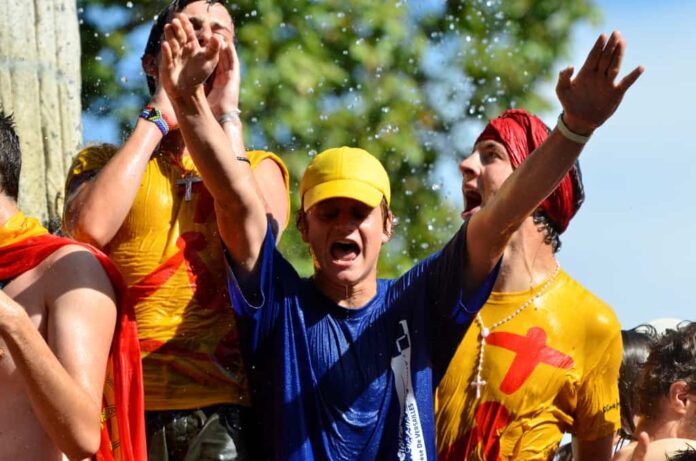 Pope Francis marked the end of the Year of Faith by giving the Church an “an impressive gift,” says Father Felix Medina, pastor of Queen of Peace Parish in Aurora.

The offering came in the form of a post-synodal apostolic exhortation titled “The Joy of the Gospel.” The document is the concluding statement of a meeting of bishops (officially called a synod) held last year at the Vatican on “The New Evangelization for the Transmission of the Christian Faith.”

Father Medina told El Pueblo Católico that the document – known also by its title in Latin, “Evangelii Gaudium” – “sheds new light on our mission,” and that it provides a framework to bring the Church forward into a new stage of evangelization that reaches out to all sectors of society.

The pastor noted that the pope “invites us to ‘recover the original freshness of the Gospel,’ and to find ‘new avenues’ and ‘new paths of creativity’ to ‘offer everyone the life of Jesus Christ.’”

“It is a document of paramount importance,” he added, “given that our pastoral work is oriented primarily toward those who already practice the faith.”

In the letter, Pope Francis insists that the Church “cannot passively and calmly wait in our church buildings,” adding that it needs to move “from a pastoral ministry of mere conservation to a decidedly missionary pastoral ministry.”

“I prefer a Church which is bruised, hurting and dirty because it has been out on the streets, rath­er than a Church which is unhealthy from being confined and from clinging to its own security,” the pope writes. “If something should rightly disturb us and trouble our consciences, it is the fact that so many of our brothers and sisters are living without the strength, light and consolation born of friend­ship with Jesus Christ, without a community of faith to support them, without meaning and a goal in life.”

According to Father Medina, the Holy Father offers an “honest analysis” of the current cultural context in which we are called to be evangelizers. “Secularization, individualism, the crisis of the family, subjective relativism and a failure to transmit the faith are some of the phenomena in which we are immersed.”

He added that Pope Francis “contrasts the individualistic sadness of isolating materialism so common in our modern societies with the joy of the missionary disciple who has been freed from selfishness to seek their own interests for the everlasting love of Christ.”

In this context, explained Father Medina, Pope Francis underlined that the missionary work of today “needs to focus on the essential, attractive and necessary aspect of the Gospel, which is the saving love of Jesus Christ, and not get lost, at least in its infancy, in its doctrinal consequences.”

“Today it is necessary to convey the beauty of the good news,” he said, “and it is essential to use kerygmatic language, which is neither criticism, nor moralism , nor theory, but rather a testimony of life.”

Father Medina noted that parishes also need to adjust to this new missionary focus, and activities “that help the maintenance and self-preservation of the faith is not enough.”

“Today we need parishes that are more welcoming, that are in a ‘permanent state of mission,’ that form missionary disciples that go out to find the lost sheep with the love of the Gospel,” he said. “Parishes need a deep renewal so that they are ‘nearer to people,’ ‘environments of living communion and participation,’ and ‘mission-oriented.’”

“As a pastor and as a missionary,” Father Medina concluded, “I am convinced that if this work is properly received, prayed, reflected upon and put into practice, we will see many fruits of holiness and conversion in our parishes and faith communities.”