Plight of the persecuted 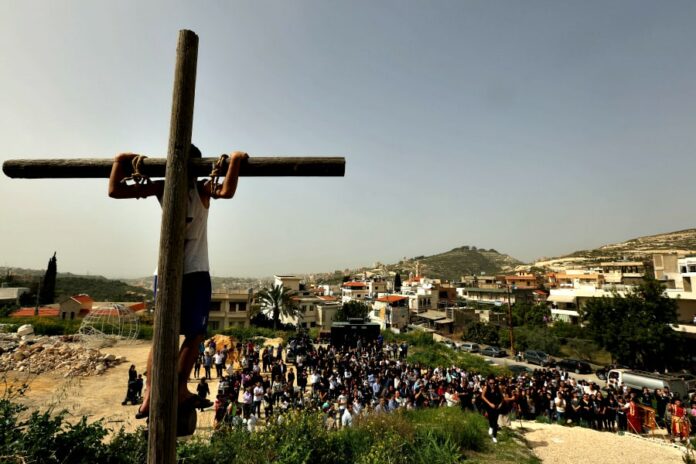 Ahead of Holy Week, legislation passed by the House of Representatives formally designated the ongoing persecution of Christians in the Middle East by Islamic State as genocide.

House Resolution 75 was first introduced in the House by Congressman Jeff Fortenberry (R-NE) and Congresswoman Anna Eshoo (D-CA) in September of last year. The aim of the bipartisan legislation was for all governments of the world, including the United States, to recognize the actions of ISIS against Christians and other ethnic and religious minorities in the Middle East as being “war crimes, crimes against humanity and genocide.”

The legislation also urged members of the United Nations to “coordinate on measures to prevent further war crimes, crimes against humanity and genocide” and “punish those responsible for these ongoing crimes, including by the collection of evidence and, if necessary, the establishment of appropriate tribunals.”

House Resolution 75 passed unanimously in the House with a vote of 393-0 on March 14. Following the decision, Secretary of State John Kerry made a statement regarding the genocide designation.

“In my judgement, [ISIS] is responsible for genocide of groups in areas under its control including Yazidis, Christians and Shia Muslims,” Kerry said. “[ISIS] is genocidal by self-proclamation, by ideology and by actions — in what it says, what it believes and what it does.”

Fortenberry acknowledged the bipartisan and ecumenical cooperation in the passing of the legislation and praised the efforts of solidarity by all political parties in being able to set aside differences and properly address the atrocities committed by ISIS.

“At a time of deep political division in our nation, the House has spoken with one voice to properly recognize and condemn this genocide,” Fortenberry said. “The genocide resolution elevates international consciousness and confronts the scandal of silence and indifference about ISIS’ targeted and systematic destruction of these endangered communities. A bipartisan and ecumenical alliance has formed to confront ISIS’ barbaric onslaught.”

The designation came shortly after ISIS had attacked a Missionaries of Charity-run home in Yemen and killed 16 people, including four Missionary of Charity sisters. ISIS also captured Father Tom Uzhunnalil in the attack, who has yet to be released. Rumors circulated that Father Uzhunnalil was tortured and crucified on Good Friday, but they have not yet been confirmed.

Prior to the legislation’s passing, a coalition of several organizations, including the Knights of Colombus and the Washington D.C.-based advocacy group In Defense of Christians (IDC), compiled a report that was instrumental in the decision.

Kirsten Evans, executive director of IDC, recalled that in the weeks leading up to the designation, the State Department informed IDC and the Knights of Colombus that they were considering making a designation that the Yazidi community was experiencing genocide, but not the Christian community. The State Department claimed they didn’t have enough evidence to support a genocide designation for the Christian community in the Middle East, and this concerned Evans because she felt the U.S. government expressing more concern for one group over the other made the other a soft target.

It’s important that the global community is made aware of the fact that this is happening and how dire and extreme the situation is. If something isn’t done, we run the risk of having a Middle East without Christianity.”

In response, IDC and the Knights, along with the other organizations in the coalition, gathered evidence and compiled all of it into a 300-page report submitted to Secretary Kerry on March 9. The report chronicled all of the evidence the groups had found to date of the crime of genocide against the Christian communities under the control of ISIS.

A few days later, the resolution to recognize the genocide of several ethnic and religious communities in the Middle East, including Christians, passed unanimously in the House, setting a precedent for how the U.S. will approach foreign policy in the Middle East in the future.

“A designation like this colors, from here on out, the way the United States has to engage in problem-solving and any kind of intervention in the region,” Evans said. “The United States will never be able to target ISIS without also having on their radar a long-term strategy and commitment to the safety and longevity of these communities.”

Evans also stressed that the genocide of Christians in the Middle East is a dire situation that demands the attention of the global Christian community.

“Oftentimes in the western world, we forget that the early Church came from the Middle East,” Evans said. “All [Christians] have received their faith through a long lineage that traces itself back to the Middle East. It’s important that the global community is made aware of the fact that this is happening and how dire and extreme the situation is. If something isn’t done, we run the risk of having a Middle East without Christianity.”

Congressman Fortenberry, who had been pushing hard for the legislation to pass, commended Secretary Kerry and the State Department for making this important designation.

“The genocide against Christians, Yazidis and others is not only a grave injustice to these ancient faith communities — it is an assault on human dignity and on civilization itself. The United States has now spoken with clarity and moral authority,” Fortenberry said in a press statement. “[These groups] and others who have suffered grievous harm remain an essential part of the Middle East’s rich tapestry of religious and ethnic diversity. They now have new cause for hope.”