Pilgrimage: A journey through Church history 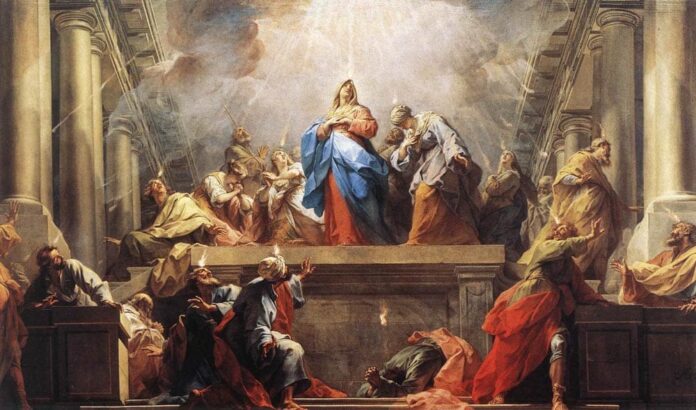 “Let it be known to you then that this salvation of God has been sent to the Gentiles; they will listen.” Paul proclaims these words the end of the book of Acts, capping off the biblical narrative of the work of the Apostles. The story of salvation history doesn’t end with the death of the Apostles, however, but continues in the life of the Church, fulfilling the words of Paul. The Gentiles have accepted the Gospel and have built up the Kingdom of God on earth. This is our story and we continue it.

If you want to know how the story continues after Acts, I’ll be teaching a class through the Denver Catholic Catechetical School this year, called “Pilgrimage: A Journey through Church History.” It begins with the early Church and follows the story to today. The class explores the Church Fathers, the fall of Rome, the building of Christendom, the High Middles ages, the Reformation (perfect for the 500th anniversary this year), the expansion of the missions around the globe, the modern revolutions, and the Second Vatican Council. We’ll be looking at and discussing the most important historical sources and exploring the art of the various time periods. We’ll be entering into the Church’s story by allowing the key figures and events to guide us.

We see one turning point in the story in the year 430. St. Augustine lay dying in Hippo as the Vandals prepared to sack and conquer the city. Augustine lived at the end of an age as the Roman Empire slowly crumbled, but also at the beginning of a new Christian one, an age he helped forge. The great doctor of the Church thought through the implications of the rise of Christianity in an age of political decline and saw right into the heart of history. History, unlike the focus of our textbooks, finds its true course not in politics or economics, but through love.

Augustine posited that all mankind belonged to one of two cities: the City of God and the City of Man. One city took its shape by loving God before all else and the other in a love turned inward on oneself. Augustine taught us that we live as citizens of our true homeland above even within the midst of this passing world: “The glorious city of God is my theme in this work. . . . I have undertaken its defense against those who prefer their own gods to the Founder of this city—a city surpassingly glorious.” Augustine’s teaching laid the foundation for a new Christian civilization, Christendom, which sprang up amidst the ruins of Rome in Europe.

One young man unexpectedly began building the foundations for this new civilization. He was studying within the ruins of the decadent city of Rome in about the year 500 and fled the temptations of town to live as a hermit in the wilderness. Eventually, others flocked to him and he laid the foundations for monasticism throughout Western Europe. The monasteries provided the foundation upon which a new society was built. St. Benedict, for this work, has been recognized as a patron of Europe and a true father of Christendom. His Rule does not seek to build up the earthly city, but looking to the City of God to “hasten to do now what will profit us for eternity.” And this is the key to Catholic culture and history: seeking the lasting the city helps us to live better in this life, with wisdom, courage, and hope.

We are all pilgrims, living in exile in the city of this world, and journeying toward the heavenly Jerusalem: “For here we have no lasting city, but we seek the city which is to come” (Heb 13:14). And yet we have to build a city on earth and looking to the past provides inspiration for this great project. This is why we should study Church history, especially as our culture goes through a period of upheaval, not unlike St. Augustine’s time. We need the witness and the legacy of the saints and doctors to guide our pilgrimage as we continue the story of the Church. Looking to the past helps us to plot out our own path on our journey to eternal life.