His Church. Our Experience.
Subscribe
HomeLocalA piece of Venice in Denver
Local

A piece of Venice in Denver 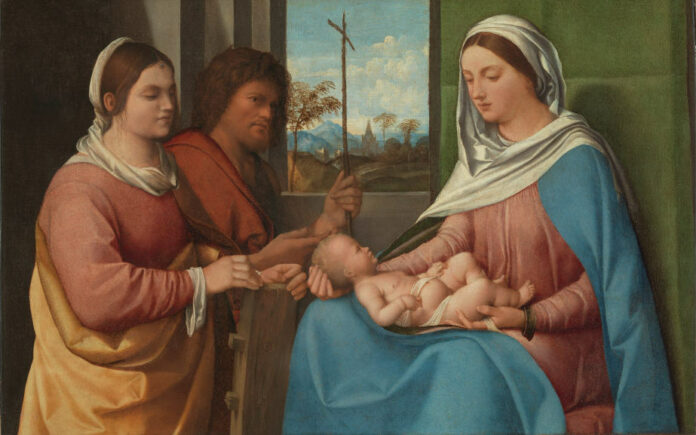 How did the Venetian painters of the 15th and 16th centuries influence the history of art? By simply observing the exhibition “The Glory of Venice” at the Denver Art Museum, the viewer can get an answer to this question.

Entering the hall located on the first floor of the Hamilton Building feels like being in the floating city of northern Italy.

The curators of this exhibition filled the room very well with colors, paintings, a video and baroque background music, transporting viewers through time and space and allowing them to travel through art to the themes that inspired artists like Giovanni Bellini, Tiziano, Marco Bassati and Vittore Carpaccio, among others.

In those times, Venice stood in a moment of chaos and uncertainty over military actions to protect its economic interests. It was also at that time a center of commerce where travelers found all kinds of goods. It was in this context that the artists of these periods, called Quattrocento and Cinquecento, managed to develop a distinctive Renaissance style in which they used light and color on the canvas to make outstanding pieces, through the definition and construction of the volumes and the forms of their compositions.

The exhibition also shows the great affection of the Venetians to the Virgin Mary. It should be noted that Venice was founded on March 25, the day on which the church celebrates the solemnity of the Annunciation – Incarnation. The spectator can contemplate the different works in which Mary is shown with the Child Jesus.

Many paintings in this exhibition show how Venetian art is influenced by the reflection of the changing skies over the city’s canals, as well as the refined designs present in this architecture, rich in textures, small details and mosaics.

The genius of Bellini

Between the 15th and 16th centuries, Venetian art took a turn due to the monumental works that were marked by the artist Giovanni Bellini.

Bellini, a teacher who was also called “El Gambiellino,” was born in 1435 and died in 1516. He presented a novelty in his paintings. In his work he excels at spiritual sensitivity, especially in the face’s expressions and in that art of conjugating the sacred with the terrestrial, integrating in the same landscape the spirituality of the religious figures with the environment, in which the minimal details stand out.

Before Bellini, religious paintings were icons with infinite backgrounds. Bellini, without removing the sacredness of the characters, was able to paint landscapes where the earthly reality could be seen in tandem with the reality in which they lived.

It also shows the same God who becomes man in a concrete reality and thus recreates the scenery of his works with a very natural environment.

The Denver Art Museum succeeds in bringing a piece of Venice to Colorado, and the exhibition allows viewers to revel in the creativity and harmony that became these artist’s legacy in the history of universal art.

The exhibition will be open until Feb. 12. For further information, go to