His Church. Our Experience.
Subscribe
HomeLocalMyth-busting facts on physician-assisted suicide in Colorado
Local 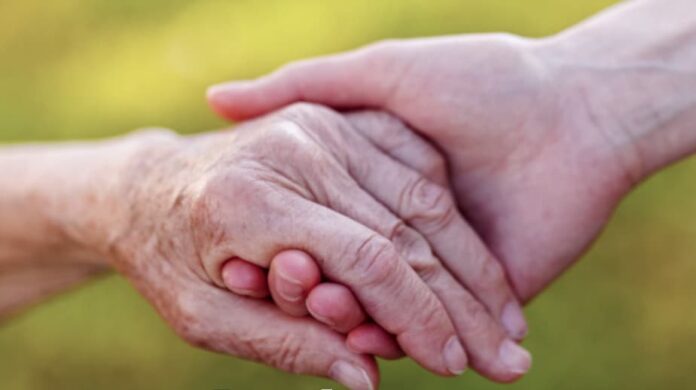 Two identical bills that aim to make physician-assisted suicide legal in Colorado were introduced Jan. 13 in the State Senate and House—Senate Bill 25 and House Bill 1054. A bill to do the same was introduced last year and defeated. This year’s bill is extreme.

Watch below a short two-minute video by Archbishop Samuel J. Aquila in which he asks all Catholics of northern Colorado to join him in asking our legislators to say no to physician-assisted suicide. For more information on how you can help, visit www.archden.org/life.

The advocacy group Compassion & Choices, which claims to have been instrumental in passing similar legislation in California, is promoting the bill and lobbying our lawmakers here in Colorado. In an effort to arm our readers with the best information available, we are publishing some of the most common myths promoted by the physician assisted suicide lobby, and the facts to refute them.

MYTH #1: No one will be pressured to end their life.

FACT: When Oregon passed its own euthanasia bill in 1997, they soon discovered that many lower-income patients were being disqualified for hospital care under Medicaid or Medicare, because it was cheaper to give them a bottle of suicide pills.

Time Magazine interviewed one such woman, Barbara Wagner, for a story titled “There’s Nothing Progressive About Physician-Assisted Suicide”, published in October 2015. “To say to someone, ‘we’ll pay for you to die, but not pay for you to live,’ it’s cruel,” Wagner said.

MYTH #2: Most people choose euthanasia because they don’t want to suffer.

FACT: According to the same Time article, the top three reasons people in Oregon chose euthanasia was because of fear of losing autonomy (91.5 percent), decreasing ability to engage in enjoyable activities (88.7 percent) and losing dignity (79.3 percent). Only 23 percent listed physical pain or fear of physical pain as a reason for their choice. In other words, people are choosing suicide because they’re afraid of losing independence, fun and dignity. That begs the question—do we want to become a society in which those who are most vulnerable among us would rather kill themselves rather than risk losing their independence or becoming a burden?

FACT: Anyone can die. In fact, people do it every day. However, until now, we have not allowed our doctors to purposefully hurt patients. We actually require them to take an oath to “do no harm.” What’s at stake is our understanding of physicians and what it means to be a doctor. Are they supposed to heal and treat us, or are they the gatekeepers between life and death?

We’re also looking at redefining suicide itself. Rocky Shaw said in an interview by the New York Times that before California legalized euthanasia last year, the act of someone taking a lethal dose of drugs was ruled as a suicide. The new law states that “self-administration of an aid-in-dying drug is not suicide.”

MYTH #4: Colorado will adopt all of Oregon’s provisions to protect patients from abuse of physician-assisted suicide.

FACT: Colorado’s new bill removes all required documentation, even from the patient’s medical record. John Volk is a family physician in Greeley and a deacon at St. John the Baptist in Johnstown and St. Nicholas in Platteville. He said this action is unprecedented. “Proponents point to Oregon’s law as the ‘gold standard’ for protecting patients from abuse, largely based on their claim that ‘there are no reports of abuse in Oregon,’” Volk said.

Oregon, Washington and California’s laws all require physicians to fill out reports and documents. These include oral and written requests from the patient, verification of competence and report of counseling outcome. Senate Bill 25 and House Bill 1054 remove all of these requirements.

“This is unprecedented in existing law and proposed legislation, removing even the minimal reporting under Oregon’s law. This increases the likelihood of abuse, removes statutory incentive for doctors to follow the law and makes it nearly impossible for the state to prove violation of the law. This change increases protection of doctors and decreases protection for patients,” Volk said.

MYTH #5: The patient will administer the drug to himself or herself.

FACT: The 2016 bill eliminated the phrase “by ingestion” from the section that explained how the pills are to be administered (p. 6). This might sound like a minor linguistic point, but the implications are huge.

“‘By ingestion’ was a requirement to ensure that the patient was able to commit the act themselves without the aid of a third party,” Volk said.

The change makes it possible for a third party to prepare and administer the lethal drugs by hand feeding or even by insertion into a feeding tube of an incapacitated patient.

In addition, the new bill establishes total immunity for anyone involved.

According to Volk, this gives physicians and others the ability to ignore laws and act without accountability.

“No other medical situation grants such blanket immunity,” Volk said. “This immunity is extended to any person— including anyone who is present at the time.”

For more information on how you can help, visit www.archden.org/life.