His Church. Our Experience.
Subscribe
HomeLocalPenance and missing the point of 'no meat on Fridays'
Local

Penance and missing the point of ‘no meat on Fridays’ 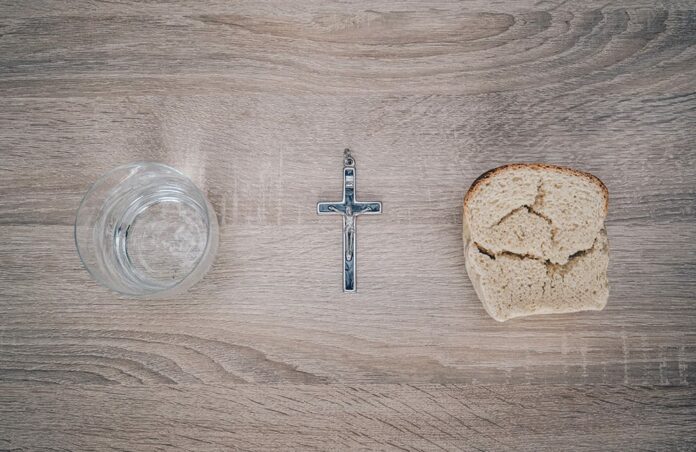 Well, you all keep me on my toes.

Last month, I wrote a column about sin and culpability, using suicide as an example. In describing the difference between acts that are inherently sinful and acts that are merely violations of Church discipline, I mentioned the past requirement that Catholics refrain from eating meat on Fridays. It wasn’t the topic of the column, so space considerations made it impractical to go into further detail about what exactly happened in Church teaching vis a vis that particular discipline.

Several of you subsequently reached out to me to point out that I only gave half the story, and that in doing so, I could be leading others to believe something that is not entirely true. Since I’m not interested in spending my eternity in close proximity to a millstone, and since your messages came just as I was discerning the topic of my next column, I decided that this would be the perfect opportunity to expand on the whole “meat on Friday” question.

The practice of abstaining from meat on Friday dates back to the earliest days of the Church. Why Fridays? Because Christ died on a Friday. He sacrificed his flesh for us. And Catholics participated in his sacrifice by making a sacrifice of their own on Fridays, as a form of penance for sins — their own and those of the world.

And so, Catholics all over the world ate fish on Fridays. They held fish fries. They swapped tuna casserole recipes. They stockpiled frozen fish sticks and Kraft Mac ’n Cheese.

What happened to that practice? Much to the surprise of many, it didn’t actually “go away.” In fact, the current Code of Canon Law is pretty clear:

Can. 1251 Abstinence from meat, or from some other food as determined by the Episcopal Conference, is to be observed on all Fridays, unless a solemnity should fall on a Friday.

Seems pretty clear, right? So why did we stop doing it?

Well, it’s that “Episcopal Conference” part that changed things. In 1966, the USCCB released a document entitled Pastoral Statement on Penance and Abstinence. In that document, the bishops said, “we hereby terminate the traditional law of abstinence binding under pain of sin, as the sole prescribed means of observing Friday …” People saw that it was no longer a sin to eat meat on Friday and figured that was the end of it.

But the Bishops wrote a lot more than that. First of all, they very strongly reiterated the need for penance. In fact, they explained that one of the main reasons they were removing the imposition of abstinence from meat was because meat was no longer the special treat that it had been in earlier times, and therefore “to many in our day abstinence from meat no longer implies penance, while renunciation of other things would be more penitential.”

In other words, it was too easy to abstain from meat, so it really didn’t feel very penance-y. And maybe some people should find something a little more difficult to give up.

I can certainly relate to that. I remember spending one Good Friday at the Carnelian Room in San Francisco, feasting on jumbo shrimp in a butter sauce, and thinking “I don’t think this is what penance is supposed to look like.”

The bishops went on to exhort all Catholics to make Fridays a day of “self-denial and mortification in prayerful remembrance of the passion of Jesus Christ.” And, although they removed the requirement to abstain from meat “under pain of sin,” they still said “we give first place to abstinence from flesh meat. We do so in the hope that the Catholic community will ordinarily continue to abstain from meat by free choice as formerly we did in obedience to Church law.”

It is true that while they removed the obligation “under pain of sin,” they added nothing else “under pain of sin.” They were very specific about that point: “This said, we emphasize that our people are henceforth free from the obligation traditionally binding under pain of sin in what pertains to Friday abstinence … We stress this so that ‘no’ scrupulosity will enter into examinations of conscience, confessions, or personal decisions on this point.” They did that, somewhat optimistically, hoping that our acts of penance would now spring forth freely out of our love for Christ instead of just the rote following of an ancient rule that very few even understood.

What in fact actually happened was that people said “Woo-hoo, we can eat meat on Fridays” and that was the end of it.

All of this, predictably, has led to some bickering back and forth over what kind of sin, if any, it is to fail to perform some acts of penance — meat-related or otherwise — on Fridays.

Frankly, I don’t know and I don’t really care. All I know is that Christ was clear that we as his followers are called to fasting and penance. And that the Church is calling us to those acts of penance, in union with Christ’s sacrifice on the cross, especially on Fridays.

After everything he has done for us, is that really so much to ask?

I grew up in family that ate fish sticks and tuna casserole every Friday. But when I got out on my own, that went by the wayside. I have made halfhearted efforts to return to it, but never consistently. Not that abstaining from meat is particularly difficult for me. Frankly, it would be a lot harder to turn down a cocktail at a Friday happy hour. So maybe that needs to be my Friday penance.

I don’t know. But I do know I’m going to get more serious about doing some form of penance on Fridays.

I join the bishops of 1966 in encouraging you to do the same.

Mary Beth Bonacci
Mary Beth Bonacci has been giving talks on love and relationships across the United States and internationally for . . .well . . . her entire adult life. She was among the first Catholic speakers to introduce audiences to St. John Paul II’s beautiful Theology of the Body. She is the founder of Real Love, Inc., an organization dedicated to promoting respect for God’s gift of human sexuality. Her book Real Love, based on the Theology of the Body, has been translated into ten languages. She is also the author of We’re on a Mission from God, writes a monthly column for Catholic newspapers and contributes regularly to the Catholic Match Institute blog.
RELATED ARTICLES
Catholic Education