UPDATED: After a prayer and warm send-off from locals, Father John Hilton dipped his bicycle tire in the Pacific Ocean and embarked on a 3,500-mile bike ride across America.

Father Hilton, called the “pedaling priest” in some circles, began his journey across the northern states—from Anacortes, Wash., to Bar Harbor, Maine—June 2 to raise awareness of Christ and the need for a strong Catholic presence in Aspen where he is pastor. He hopes to finish by the end of July and raise money to support a renovation of his parish, St. Mary Church.

The Boulder native, who turns 60 in August, will travel about 90 miles a day and will stay at hotels along the way. Some are almost speechless when he tells them his plans.

Father Hilton says it’s his obligation to engage in the battle for souls and witness to the love and salvation of Christ.

“Hopefully what people will do is say, ‘Here’s a priest doing something unusual or extraordinary across the country,” Father Hilton told the Denver Catholic.

He wants his bike ride to prompt lay people to ask themselves what they can do to help make the world holy.

“The Lord is calling us to be creative and do extraordinary things for him,” he said.

As pastor of the small parish for four years, Father Hilton said he wants to make the parish more relevant to the mountain town’s trend-setting community.

Aspen is an affluent and highly-educated town known for its breadth of physical activities and outdoor sports including skiing, hiking and mountain biking. It is also known for intellectual conferences and cultural events. Father Hilton said residents can be skeptical of organized religion.

“In Aspen the mentality could often be, ‘I’m a spiritual person, but I don’t see a need for attending  church,’” he said.

Aspen is highly cultural, he said, and the Church should be active in the community.

“I think Aspen is one of those places where culture is formed,” he said. “The challenge for us at St. Mary’s is to be relevant to the life of the people here. It would really be a tragedy for the Church to not be engaged in the culture.”

One way he hopes the church will grow in relevance is by undergoing a $4 million renovation. The church, founded in 1892, needs rehabilitation and a new pavilion that would serve as a parish hall and conference center to host regular speakers and conferences.

A strong parish community filled with well-formed parishioners will help bolster the Catholic presence in the town, he said.

“What Aspen needs is the Catholic Church vitally engaged and relevant and providing the finest Catholic teaching, spirituality and training for the new evangelization,” he said. 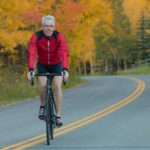 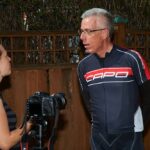 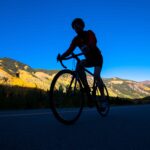 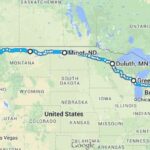 Father Hilton is partnering with the Avila Institute for Spiritual Formation—an online educational and enrichment program—to draw leading Catholic speakers who can offer spiritual training and formation for the community.

The new construction would be home to a campus where the Institute would provide graduate-level education and spiritual formation.

St. Mary’s will kick-off its conference ambitions by hosting a series of speakers Aug. 13-15. Dan Burke, founder of the Avila Institute, and other leading Catholics will give talks at the parish.

Father Hilton is asking for donations and prayers for his bike ride and the success of the new evangelization in Aspen.

“As Catholics, we must be engaged in the world,” he said.