His Church. Our Experience.
Subscribe
HomeLocalFrom the Passover Seder to the Eucharist
Local

From the Passover Seder to the Eucharist 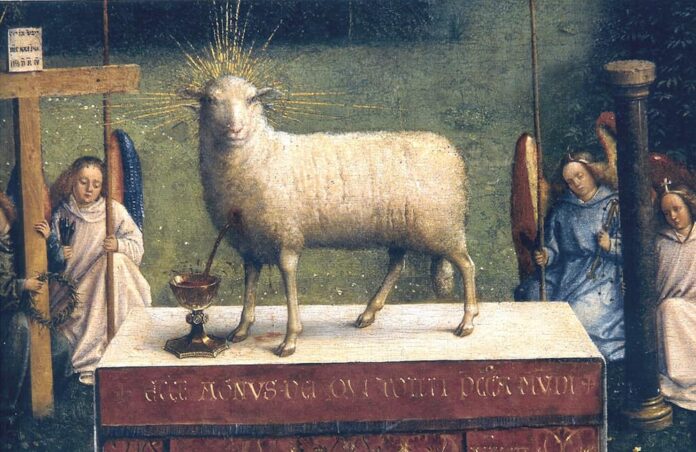 The Mass wasn’t an invention of the apostles or something Jesus created out of nowhere. A long tradition says it was a transformation of a Jewish liturgy: The Passover meal, or Seder, as it later became known.

“While there’s debate about this point, there’s been a long tradition that [this was the case],” said Dr. Mark Giszczak Biblical scholar and professor at the Augustine Institute in Denver. “An attentive Jew would hear a lot of references to the Passover [at Mass].”

How did Jesus bring this about? With the help of Dr. Giszczak and Dr. Brant Pitre’s book, Jesus and the Jewish roots of the Eucharist, we try to illustrate the basic aspects of this tradition by describing the Passover meal, how Jesus kept it and how he transformed it during the Last Supper.

It’s important to highlight some of the main characteristics outlined by God for his people in Exodus 12, where he commanded them to have a meal before freeing them from the land of Egypt. Some practices that were popular at the time of Jesus are also considered.

Sacrifice a lamb and spread its blood

The lamb had to be free of defects and had to be killed in such a way as to not break any of its bones. At the time of Jesus, the lambs had to be sacrificed at the Jerusalem Temple because sacrifice became a right reserved to the Levite priests. Thus, the Passover had to be celebrated in Jerusalem.

In Exodus 12, the Israelites had to spread its blood on the wooden lentils of the door, so when God passed through Egypt taking the lives of the first-born sons, he would “pass over” their house.

Eat the lamb with unleavened bread

The Israelites had to eat the flesh of the sacrifice, whose blood was spread to saved them from the death of their first-born child. Having unleavened bread was a sign of the haste with which they left Egypt – they had no time to let it rise.

Keep this day of remembrance forever

God commanded the Israelites to remember this day generation after generation. It was seen not only as a remembrance but also a sharing in the very mystery of the Passover. The father of the family would explain to his children the story and the symbolism behind the bread and other foods.

Passover of the Messiah

At the time of Jesus, a new theory had developed among many Jews, believing that the Messiah would deliver them on the night of the Passover and bring about a new covenant and new exodus, as God had delivered their ancestors from the land of Egypt.

The Jewish Seder meal is divided into the blessing of four cups. Scholars aren’t exactly sure if this practice was already established at the time of Jesus, but there are reasons to believe so. This structure also called for the reading of the Hebrew Scriptures and closing hymns.

Matthew, Mark and Luke say that the Last Supper was a Passover meal: “I have earnestly desired to eat this Passover with you,” (Lk 22: 14-15). They also say that it was done in the evening and in Jerusalem, as was required. The Gospels also include an explanation of the meaning of the bread by Jesus and the conclusion with a hymn.

Theory of the four cups

Luke mentions that Jesus had more than one cup: “A cup” and then “the cup after supper” (Lk 22:14-20). Dr. Pitre explains that, although more speculative, there are reasons to think that a form of the four-cup tradition was already present, especially because it helps explain other allusions to a “fourth cup” by Jesus. Based on clues from the Gospel narrative, the cups mentioned must have been the second and third out of the four.

The first cup was for an introduction of the meal; the second was tied to the explanation of the bread and food symbols; the third was drank at the end of the supper; and the fourth was the closing cup after the final hymn.

Jesus shifts the focus from the remembrance of the old covenant to the “New Covenant” to be brought about by the Messiah at the Last Supper: “This chalice which is poured out for you is the new covenant in my blood” (Lk 22:20). He establishes the new Passover in the following way.

The Passover liturgy revolved around the body and blood of the lamb. Jesus now focuses on his own body and blood, placing himself as the sacrificial lamb. He takes the bread and explains it in a new light: “This is my body.”

He then takes the wine and says, “This is my blood of the covenant, which is poured out for many for the forgiveness of sins” (Mt 26:27-28). Dr. Pitre says that a Jew would have understood Jesus saying, “I am the new Passover lamb… This is the Passover of the Messiah, and I am the new sacrifice.”

Instead of drinking what would’ve been the fourth cup of the Passover, Jesus says he will not drink wine again until he drinks it in the kingdom. In its place, after singing the final hymn, he goes straight to the Mount of Olives with his disciples (Mt 26:27-30). Dr. Pitre assures that this would’ve puzzled the apostles because it meant leaving the Passover meal unfinished.

The fourth cup is his sacrifice. In Gethsemane he prays to the Father three times about the cup of his death he must drink… “Let this cup pass from me” (Mt 26:36-46).

It is not until he is about to die on the cross that he asks for the last cup, saying, “I thirst.” After he drinks from the sponge full of wine, he exclaims, “It is finished.” Dr. Pitre states that it was then that he finished the Last Supper – on the cross right before he died. Jesus interwove his own sacrifice into the Passover mystery, as the sacrificial lamb, to bring about the Passover of the Messiah for the salvation all.

This New Passover is the Eucharistic celebration, the Mass. “He instituted a new Passover liturgy that was tied to his death,” Dr. Pitre says. We eat the flesh of the new Passover lamb, Jesus himself, and drink his blood. It’s the new covenant that brings about a new exodus, not from Egyptian slavery, but from the slavery of sin, and takes us to the Promised Land.