A papal tutor of heroic virtue 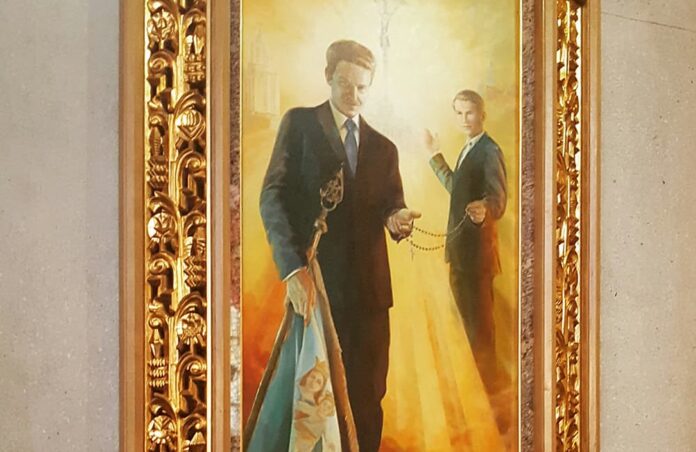 On January 20, Pope Francis authorized the Congregation for the Causes of Saints to publish decrees acknowledging the “heroic virtues” of six men and one woman: two diocesan priests, three priests in religious orders, the foundress of an Italian religious community, and a Polish layman. It does no disservice to the holy memory of the other six men and women who now bear the title “Venerable” to suggest that the Polish layman, Jan Tyranowski, had the greatest impact on the Catholic Church throughout the world – and by orders of magnitude.

By the end of May 1941, the Gestapo had systematically stripped the parish of St. Stanislaus Kostka in Cracow’s Dębniki neighborhood of its clergy; eleven of the priests who once served there were eventually martyred. One of the remaining Salesian fathers asked a layman in the parish, a tailor who spent hours in contemplative prayer and meditation, to take responsibility for what we would call “youth ministry” with the parish’s young men. Since organized Catholic youth work was banned by the Nazi Occupation, the request was an invitation to risk deportation to Auschwitz – or worse. Jan Tyranowski, the tailor with an eighth-grade education, said “yes,” and began to organize the young men of the parish into what he called “Living Rosary” groups: fifteen teenagers or young adults (for the fifteen mysteries of the Rosary as then constituted), each group led by a more mature young man to whom Tyranowski gave spiritual direction.

One of those first group leaders – “animators,” as Tyranowski called them – was a manual laborer with intense literary interests named Karol Wojtyła. In a memorial essay written after Tyranowski’s death in 1947, Wojtyła remembered his spiritual mentor’s greatest lesson: that “religious truths” were not “interdictions [or] limitations,” but the guideposts by which to form “a life which through mercy becomes [a] participation in the life of God.” How did Jan Tyranowski do this? By demonstrating with his own life that, through contemplative prayer, “one could not only inquire about God…one could live with God.”

To do this with edgy adolescents was no small achievement. To do it under the pressures of a homicidal Nazi Occupation was remarkable. To do it with a future pope meant that Jan Tyranowski’s lessons extended far beyond Dębniki and touched the entire world.

It was Jan Tyranowski who introduced the future Pope John Paul II to the spiritual theology of the great Carmelite reformers, St. Teresa of Avila and St. John of the Cross (on whom Wojtyła would write his first doctoral dissertation). And it was Tyranowski who showed Wojtyła a path beyond the simple Marian piety with which he had grown up, introducing him to the Marian theology of St. Louis Grignon de Montfort – and to Montfort’s idea that all true devotion to Our Lady is Christ-centered and Trinitarian, for Mary points us to her Son, who leads us into the life of the Thrice-Holy God.

It’s not difficult to trace the influence of Jan Tyranowski on the papal teaching of the young man he helped discern a vocation to the priesthood. But when the news came that the mystically-gifted Dębniki tailor at whose tomb I’ve frequently prayed was now “Venerable Jan Tyranowski,” it struck me that his tutelage and the Tyranowski-Wojtyła relationship remind us of something important about the papacy.

John Paul II, who had a tender pastor’s heart, was also tough-minded and strong-willed. That could have led to trouble if he were not also a man of deep humility, who knew what he didn’t know and was prepared, as pope, to learn from those who had something to teach him – like Cardinal Joseph Ratzinger. That pattern of humility and receptivity in his papal life finds one of its roots in Wojtyła’s providential relationship to Jan Tyranowski, to whom John Paul remained profoundly grateful, sixty years after they first met.

The willingness to learn from others is an essential quality in any great leader; it is certainly an essential quality in a pope. For the charism of papal infallibility, which only touches fundamental matters of faith and morals under clearly specified circumstances, is not a charism of omniscience. Anyone tempted to imagine otherwise might ponder the friendship of the Venerable Jan Tyranowski and Pope St. John Paul II.