His Church. Our Experience.
Subscribe
HomeLocalEventsOur Lady of Guadalupe is coming to Colorado in October
LocalEvents 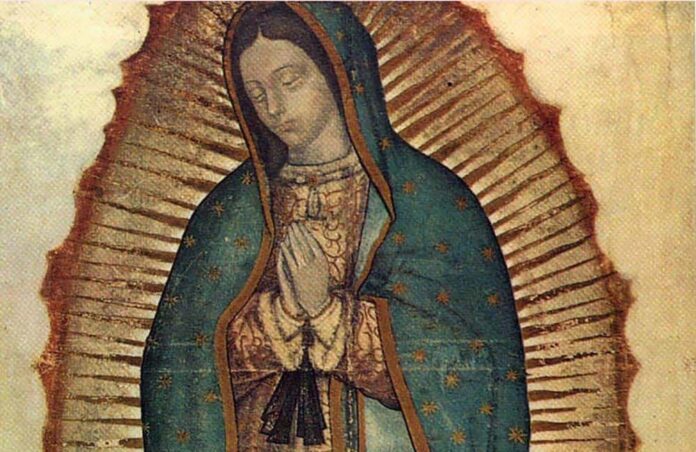 This October, Coloradans are invited to join Our Lady of Guadalupe as she stands against the culture of death that has become commonplace in our society.

Beginning Oct. 1, the Missionary Image of Our Lady of Guadalupe will be traveling to various locations in Colorado, from the Cathedral Basilica of the Immaculate Conception to Colorado Springs, her presence a bulwark for the faithful who prayerfully intervene for the dignity of all life, from conception until natural death. Her first stop will be the Denver Marian Conference happening Oct. 1-3.

The visitation is being organized by the Lepanto Project, in association with the Dan Lynch Apostolate. The Lepanto Project is a local nonprofit founded by Lisa Van Bramer, M.D. in 2019 whose primary mission is advocacy for life issues.

“It was named after the Battle of Lepanto in 1571 because that’s kind of how I view our legislature right now, is that there’s just really this culture of death,” Dr. Van Bramer told the Denver Catholic. “A big part of the Lepanto project was when Pope Pius V asked for all the churches to stay open and for people to pray the rosary, and it was through Our Lady’s intercession that we were victorious in that battle.”

What was originally envisioned a visit by the image for maybe day or two in October quickly turned into a visitation to Colorado for the entire month.

“Our Lady wants to come here because as soon as people heard she was coming, her dance card completely filled up,” Dr. Van Bramer said.

The major highlight of her visit to Colorado will be a special Mass at the Cathedral Basilica on Oct. 7. Archbishop Samuel J. Aquila will celebrate the Mass, which will be livestreamed, and following it, all the faithful of Colorado will be invited to partake in a statewide rosary together and invoke the Blessed Mother’s intercession for an end to the culture of death in Colorado and beyond.

“We would love every single Catholic to pray the rosary at 6:30 p.m. on that day,” Dr. Van Bramer said. “If we can just get everybody, no matter where they are.”

The missionary image visiting Denver in October is one of four images commissioned by the Basilica Shrine of Our Lady of Guadalupe in Mexico City to travel around the world. The image is an exact digital replication of the original tilma of St. Juan Diego that resides in Mexico City, identical in size, color and detail. The missionary images began their international visitations in the early 2000s. Throughout their travels, there have been countless miracles and conversions attributed to them by the faithful who have venerated the images.

Dr. Van Bramer said that she would’ve been happy with just the Oct. 7 Mass, but with all of the other events that have been scheduled to coincide with her visit as well as knowing the image’s history of being able to change hearts and minds, she is convinced that Our Lady wants to make her presence known in Colorado.

“Our Lady wants to be here,” Dr. Van Bramer said. “I’m just her secretary. I’m just writing down the things that are coming our way.”

For more information and the full schedule of the Missionary Image of Our Lady of Guadalupe’s visit to Colorado, visit triumphofmary.org. Also, be sure to tune in to the livesteamed Mass at starting 5:30 p.m. on Oct. 7 at archden.org/livestream.