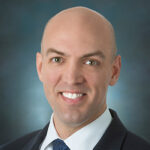 In September 2015, Pope Francis called religious liberty “one of America’s most precious possessions” and urged American Catholics “to be vigilant, precisely as good citizens, to preserve and defend that freedom from everything that would threaten or compromise it.” For while “American Catholics are committed to building a society which is truly tolerant and inclusive,” the Pope noted “they are likewise concerned that efforts to build a just and wisely ordered society respect their deepest concerns and their right to religious liberty.”

Five years later, the vigilance Pope Francis spoke of is needed now more than ever. Over the first half of 2020, the Supreme Court decided four major religious liberty cases. The first case will open Christian employers up to a whole new slate of discrimination lawsuits, but overall the Court has expanded religious liberty protections. On the whole, I remain optimistic about the future of religious liberty. But, as Pope Francis cautioned, we as Catholics need to be vigilant about protecting this most precious freedom.

The case that has caused the most consternation for the Church is the June 15 decision in Bostock v. Clayton County, which held that Title VII of the Civil Rights Act of 1964 prohibits employers from discriminating on the basis of sexual orientation or transgender status.

The Court’s ruling sent shockwaves throughout the Church. Archbishop Jose H. Gomez of Los Angeles, president of the USCCB, lamented “that the U.S. Supreme Court has effectively redefined the legal meaning of ‘sex’ in our nation’s civil rights law,” calling it “an injustice that will have implication in many areas of life.”

Little Sisters of the Poor v. Pennsylvania marks the Supreme Court’s latest foray in the nearly decade-long battle over the federal contraception mandate. The Court held that the Trump Administration acted lawfully when it created a broader religious employer exemption from the mandate, and affirmed that the Religious Freedom Restoration Act (RFRA) not only permits but requires federal agencies to consider whether regulations like the contraception mandate burden religious exercise.

The last religious liberty case of the term was Our Lady of Guadalupe School v. Morrissey-Berru. which asked whether teachers at two California Catholic schools qualified for the First Amendment’s “ministerial exception,” a doctrine that keeps the government from interfering with the Church’s most important personnel decisions. The Court said yes, affirming that the ministerial exception should be interpreted broadly to protect the right of religious institutions “to decide for themselves, free from state interference, matters of church government as well as those of faith and doctrine.”

What do these decisions say about where we are as a society and the future of religious liberty? All four cases show the Supreme Court struggling with the reality that we live in a deeply divided, pluralistic society.

Luke Goodrich, Vice President at The Becket Fund for Religious Liberty, describes this standoff in Chapter 4 of his recent book, Free to Believe: The Battle over Religious Liberty in America. Goodrich notes that Christians believe in absolute truth, and among these truths are teachings about sexual morality and the nature of the human person. But an ever-growing portion of our society not only rejects these teachings, but sees them as bigotry that threatens the “pursuit of happiness” that is every American’s birthright.

Catholic leaders need to take advantage of good religious liberty decisions by taking concrete steps before conflicts arise. All Catholics should pray for our leaders, and that our nation will continue to honor our First Freedom.

How is the Supreme Court trying to manage this fundamental impasse? It seems the Court is willing to adopt the dominant progressive worldview, but with two important exceptions. First, the Court has continued to stand by our nation’s fundamental commitment to religious liberty. Second, it has refused to follow the left in condemning the Church’s teachings as hateful bigotry.

This is the same approach the Supreme Court took in Obergefell v. Hodges, the 2015 case that declared a constitutional right to same-sex marriage. That same decision also rejected efforts to conflate those, like Catholics, who believe in traditional marriage with racists: “Many who deem same-sex marriage to be wrong reach that conclusion based on decent and honorable religious or philosophical premises, and neither they nor their beliefs are disparaged here.”

This fragile peace will be tested again this fall, when the Supreme Court takes up Fulton v. City of Philadelphia. That case asks whether the City can force Catholic Social Services to either place children with same-sex couples, in violation of its Catholic beliefs, or else abandon its foster care ministry altogether. The Supreme Court’s decision will be yet another test as to whether the First Amendment makes room for the Catholic Church to serve the public while remaining true to its unpopular teachings about the human person.

What do these high-stakes battles over religious liberty mean for Catholics today? The big picture concern, as Goodrich notes in Free to Believe, is that our “culture is changing. Religious freedom is not as secure as it once was.”

What does this mean for the Church and the Catholic faithful?  For the Church and other Catholic organizations, the fragile state of religious liberty means they need to take proactive steps to take advantage of available religious liberty protections. Goodrich urges religious leaders to take practical steps to “strengthen their witness and reduce their likelihood of conflict and loss.” “Far too often,” Goodrich warns, “religious organizations wait until a conflict is already upon them before seeking legal advice. By then, it’s often too late.” Goodrich’s advice echoes many of the strategies I outlined in a special report for the Heritage Foundation, Protecting Your Right to Serve: How Religious Ministries Can Meet New Challenges without Changing Their Witness. Taking these practical steps is a time-intensive and resource-intensive process, but as Goodrich shows, such planning is an increasingly important part of stewardship and prudent leadership.

Image caption: Mother Loraine Marie Maguire, of the Little Sisters of the Poor, speaks to the media after aruments at the US Supreme Court, March 23, 2016 in Washington, DC. Today the high court heard arguments in Little Sisters v. Burwell, which will examine whether the governments new health care regulation will require the Little Sisters to change their healthcare plan, to other services that violate Catholic teaching. (Photo by Mark Wilson/Getty Images)

In a potentially landmark decision for Catholic schools around the country, the Supreme Court on June 30 ruled against a Montana constitutional provision that barred taxpayer funds from going to parochial schools, effectively opening the doors for similar measures in the 37 other states that have such provisions.

Chief Justice John Roberts wrote the final decision for the 5-4 vote in Espinoza v. Montana Department of Revenue, marking a long-sought victory for school choice advocates around the country. Chief Justice Roberts said that religious schools must be able to access public benefits if they are made available to secular private schools.

“A State need not subsidize private education. But once a State decides to do so, it cannot disqualify some private schools solely because they are religious,” Roberts wrote. The Constitution “condemns discrimination against religious schools and the families whose children attend them,” he said.

The provision in Montana’s state constitution prohibiting public funds from going to private schools was originally enacted in 1889 as a Blaine Amendment and was subsequently carried over into the state’s rewritten constitution in 1972. Blaine amendments have their root in 19th-century anti-Catholic bigotry and are currently included in 37 other states’ constitutions.

Writing in support of Chief Justice Roberts’ decision, Justice Neil Gorsuch, who attended Christ the King Catholic School in Denver, reiterated Roberts’ view on discrimination but also emphasized that the protections afforded by the First Amendment are even broader than what Roberts described. Gorsuch stated that the Free Exercise Clause “protects not just the right to be a religious person, holding beliefs inwardly and secretly; it also protects the right to act on those beliefs outwardly and publicly … Our cases have long recognized the importance of protecting religious actions, not just religious status,” implying the right for families of faith to send their children to faith-based schools if they so choose.

Brittany Vessely, Executive Director of the Colorado Catholic Conference, lauded the decision and its empowerment of parents and urged Colorado state legislators to reconsider the school choice argument.

“The Catholic Church teaches that parents ought to be able to choose schools that fit their conscience with their share of government funding – after 30 years of Blaine amendment suppression, parents are finally able to do just that,” Vessely said. “Now it is up to the Colorado legislature to pass school choice and empower parents to choose the best schooling option for their children.”

“[This] Supreme Court ruling is another step in the movement to ensure [that] the primacy of parents and families in the education of their children is honored and enshrined by the rule of law,” Moo said in a statement. “The legacy of the ‘Blaine Amendments’ has been a curse on our nation and the state of Colorado. For years, it has relegated families who seek non-public forms of education, especially faith-driven education, to second-class citizenry by limiting their freedom to pursue what is best for their children and family.

“Today, the Supreme Court has made clear that true freedom is only realized when parents have all the means at their disposal to choose to send their children to the school that will best serve their children and align to their family’s beliefs and convictions.”

Moo pointed out how the lack of school choice disproportionately affects low-income families and families of color, and how oftentimes, families “are stuck with either failing schools or putting their child’s educational future up to a game of chance by entering a lottery for an opportunity to enroll their child at a school outside of their neighborhood school.

“This is a travesty, and I believe it is one of the greatest inequities and injustices that we are faced with today.”

He echoed Vessely’s call for Colorado’s legislators to enact legislation that would allow for parents to have options when it comes to their child’s education.

“I would personally make an appeal to our state legislators to consider the legacy they want to leave behind and consider the voters who elected them to office,” Moo said. “Our current legislators can be the generation that abolishes educational inequity and injustice. It will take courage and good will from members on all sides of the aisle, but what an opportunity, in a day and age when partisanship seems to be ruling the day at both the state and federal level, for the legislators of Colorado to come together to show the country a unity that it so desperately needs. How beautiful it would be for that unity to come through a bipartisan legislative effort for the children and families of our great state, in particular those most disadvantaged in our community.”

Editor’s Note: An earlier version of this story misstated the local Catholic school Justice Neil Gorsuch attended. Justice Gorsuch attended Christ the King Catholic School in Denver. The story has been updated to reflect this. We apologize for the error.