Open letter to a wavering friend 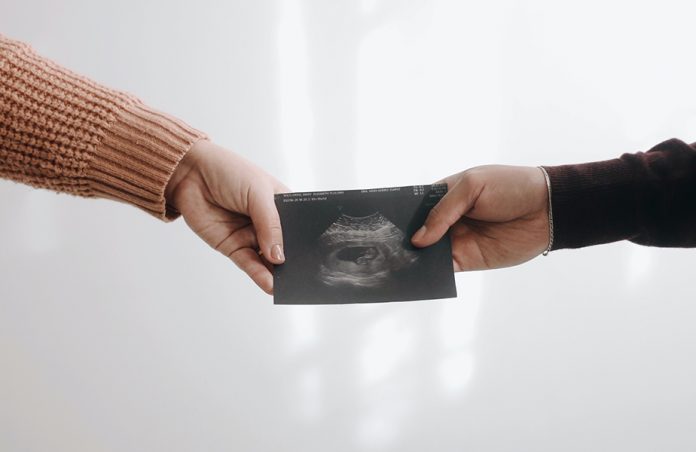 So, you say you are pro-choice. But you also say that you are appalled to hear that several states, in the wake of a potential Roe reversal, have passed legislation codifying legal access to abortion throughout all nine months of pregnancy. You say you favor legal abortion “up to a point” but that, in these late term abortions, there is an actual baby being destroyed, and that is just wrong.

And I say, “Welcome to the pro-life movement.”

“But,” you object. “I’m not one of you. I think that in the early stages of a pregnancy, a woman should have a right to choose.”

And I say that, if you just open your eyes a tiny bit wider, you’ll find that every objection you have to those gruesome late term abortions also applies to those earlier terminations.

You’re already on our side. You just don’t know it yet.

Let’s start with your premise that there is a “point” when abortion is no longer okay.  When is that point? Nothing is changing except gradual growth and development. Is there some magical point along that process where this child becomes worthy of protection? Like on some Tuesday at 2:00, this supposed “blob” suddenly becomes a person?

The most common line people like to draw is “when the baby can survive outside the womb.” But this is a moving target. Medical technology has advanced to the point where premature babies who would have been doomed a few decades ago are now surviving. Not to mention, making viability a criterion for protection sets a rather dangerous precedent. There are plenty of people who can’t survive independently. Full term babies can’t “survive independently.” They need full-time care for many years. People in a coma are often dependent on ventilators, people in kidney failure are dependent on dialysis. Are their lives not worthy of protection?

Part of your objection no doubt relates to the level of development of a child in later pregnancy. They’re bigger. We can see them more easily, and more easily identify them as babies.  Early in a pregnancy, before the mother is even showing, we assume that the fetus is just a microscopic blob of cells. Of course, there is a compelling case to be made that, even before the fetus is recognizable as a baby, it is still alive and growing and a member of the human family. But it is also true that Roe v. Wade was decided back before we had ultrasound technology. Now we know that, even as young as eight weeks, that little baby is already kicking and swimming in her environment. All her organs are in place. She has eyelids and toes, and her fingerprints are beginning to form. She is even developing the ability to hear. Two weeks later, all her organs are functioning, she is breathing amniotic fluid, and she can grasp objects placed in her hand.

She can’t survive outside the womb. But she is very much alive. And a first trimester abortion ends her life.

Is that really okay with you?

Maybe you don’t want to know any of this. Because then you’d have to confront the reality of what happens in abortion. And that leads to upsetting a whole lot of apple carts.

First of all, it’s a whole lot more socially acceptable to be “pro-choice” — a lot less awkward at cocktail parties. I once, at a happy hour, mentioned to some very urbane young professionals that I was pro-life. They looked at me as if I had just stuck my finger up their noses. I could not have cared less what these self-important strangers thought of me. But maybe there are people in your world whose “respect” is important to you. Once you cross that divide, you may lose it.

Maybe you’re trying to strike a balance between the “competing” claims of women and their unborn children. There are a lot of compelling stories out there — stories of pregnant women for whom motherhood would in some small or very large way derail their lives. My heart goes out to them, just as I’m sure yours does. But, now that you know what you know, do you still think that whatever a woman’s problem, the solution is to invade her body and kill her child? Many women report that the abortion didn’t solve their problems so much as add a new layer of trauma to their lives. Do you think that perhaps it would be possible, instead of pitting mother and child against each other, to love both of them and to work to find solutions that will allow them both to live and thrive? That may sound like a pipe dream, but I see people in the pro-life movement doing it every day, people who have devoted their lives to assisting women in crisis pregnancies. And I’m doing what I can to help.

Perhaps you know women who have had abortions, and you fear that a pro-life position would betray them. There are plenty of women like that in my world as well. Some regret their abortions. Some don’t. I love all of them, absolutely and unconditionally, whether we agree or not. I try to make sure they know that.

Or perhaps there is an abortion in your own past — your child, your grandchild. Facing the truth about abortion would mean facing the truth about that abortion. In that case, I can only say that I am so sorry. I know that it must be a delicate topic for you, and I walk it with great trepidation. There is nothing trite I can add that will suddenly make it all okay. I only know that the God who loves that child also loves you — immeasurably. If you are struggling, google “Project Rachel.” They help people who seek post-abortion healing.

There is so much more to this issue, but space won’t allow further discussion. I’ll conclude by saying that abortion is a deeply unpleasant issue. It would be so easy to just ignore it, or to stake out a position in the middle and try to avoid the crossfire. I get it. But knowing what I know, I just can’t do that.

If you knew what I know, I think you’d feel the same way.