How one Denver priest helped rescue Christina Khodor from ISIS 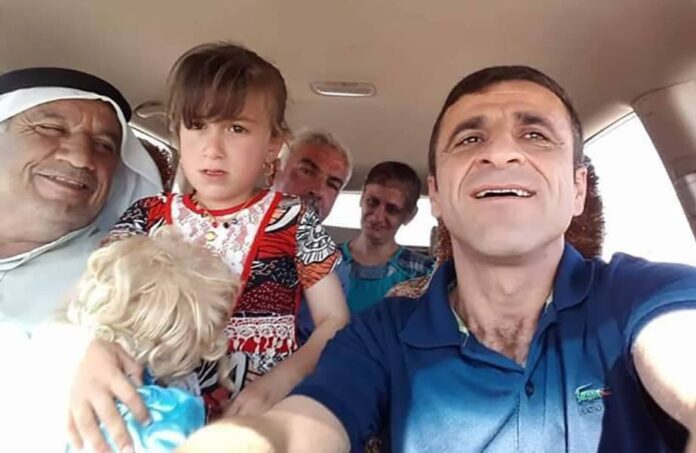 A young girl kidnapped by ISIS at the age of three was recently returned to her parents after almost three years. Now, St. Rafka’s Mission of Hope and Mercy is working to bring this girl and others like her back to the United States to get proper medical and psychological treatment.

St. Rafka’s Mission of Hope and Mercy had been closely following the case of young Christina Khodor Abada, who was taken out of her mother’s arms by ISIS forces in August 2014. It was initially reported that Christina was being sold into sex slavery for $500 per day. However, Father Mahanna has since been told that she was in fact not sexually abused – though he has not received any sort of official documentation confirming this. Christina was rescued and reunited with her parents June 9.

The homecoming came a month after Father Mahanna met with President Donald J. Trump during a May 4 visit to Washington D.C. and advocated for her rescue.

“On May 4, I spoke to [President Trump] about her in the White House, and he said ‘Let me know what I can do,’” Father Andre Mahanna, pastor of St. Rafka Maronite Catholic Church, recalled. “All I can tell you is a month and three days later, Christina is back with her family.”

According to Father Mahanna, American military forces carried out a campaign to liberate northern Mosul from ISIS forces around this time, and this cleared the path for Christina – and nearly 1,000 other children – to be rescued from captivity.

“It was a clear link when I spoke to the president and when I saw things happening in that particular area,” Father Mahanna said. “These were the areas I told namely the president that we know there are children there, and all of the sudden, American troops were working in that area. [President Trump] really facilitated work, and I’m so proud of him in doing this. I just ask him, and whoever is doing this, let’s bring the children here.

“These are the kinds of cases we need to look at and bring to the United States. Regardless of what kind of suffering and amount of pain they suffered from, these kids need to be here. They don’t belong in Iraq anymore, at least for the time being. They need to be removed from the trauma, they need to be removed from the land of disaster. These are the kinds of refugees we want in our country, because they have no other place to go.”

St. Rafka’s Mission of Hope and Mercy works out of Father Mahanna’s native Lebanon, which is regarded as a haven for refugees in the Middle East. Lebanon is currently hosting over two million refugees, more than any other country in the world, and are doing so with “great grace,” Father Mahanna said. In addition to aiding in the rescue of at least three children, the Mission has also saved pregnant women from death and helped to deliver new babies, Father Mahanna said.

The third annual Ecumenical Prayer Breakfast, spearheaded by Father Mahanna, will take place at St. Rafka’s the morning of August 19, with special guests including Bishop Jorge H. Rodriguez and Dr. Tom Farr of the Religious Freedom Institute in Washington D.C.

Proceeds from the breakfast will benefit St. Rafka’s Mission of Hope and Mercy, a Denver-based apostolate founded by Father Mahanna that provides direct aid to victims of the genocide carried out by ISIS against Christians and religious minorities in Iraq and Syria. The theme for this year’s breakfast is Lebanon: A Place for Hope, referring to the PLACE (Peace, Love and Co-Existence Among the Children of Abraham) initiative that was signed by various ecumenical leaders – including Archbishop Samuel J. Aquila – in 2014.

The large influx of refugees to Lebanon has been difficult on the infrastructure of the country, which has a native population of four million. The Christian advocacy group In Defense of Christians is lobbying for lawmakers to pass House Resolution 252, which would establish safe zones in the neighboring Syria, thereby relieving some of the strain on Lebanon.

For more information on the work that St. Rafka’s Mission of Hope and Mercy conducts in Lebanon, visit savechristianmiddleeast.org.