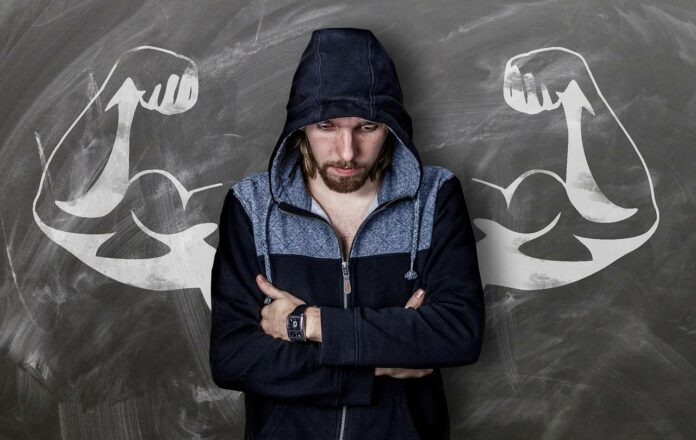 The American Psychological Society apparently thinks so. They issued a long report about it recently. I tried to read it, but I barely made it through the first sentence — “Western culture defines specific characteristics to fit the patriarchal ideal masculine construct . . .” — before I knew I’d be taking a wine break very soon.

I did manage to read the second paragraph, where I saw: “The socialization of the male characteristics mentioned above also onsets at an early age, making it a prime time-period for prevention intervention.” (Characteristics listed? Toughness, stoicism, self-sufficiency, etc.)

OK, I’m no psych scholar, but that seems to clearly say that early childhood is the best time to intervene to prevent boys from developing male “characteristics.”

In the meantime, Gillette released a probably well-intentioned ad about men and the #metoo movement. A lot of it was laudible — violence against women is bad, men need to step up, etc. Nobody disagrees with that, and I was glad to see them speaking out.

But the ad met with a lot of resistance, not because of its anti-violence-against-women message, but because it seemed to paint men with broad brushstrokes. (Or razor strokes, as it were.)  Because hey, if you want to sell a lot of men’s razors, try implying that vast majorities of your target market are sexual predators.

I just didn’t think that last word deserved to be lumped in with the other two.

Here is my take: I like masculinity. I think it is among God’s most wonderful inventions. I like men’s strength. I like men’s protectiveness. I like their different-ness from me and from femininity in general. I like the way the two play off of each other. I like the way men love deeply, and yet theirs remains a distinctly masculine kind of love.

I don’t think men need to be what society (or the “patriarchal ideal masculine construct”) decrees that they be. I think men should be what they are. Men are strong. Men are protective. Men are, yes, sometimes aggressive. None of these things are socially conditioned. Masculinity and femininity spring from the way we were created, from our natural physical and neurological makeup.  Men’s bodies have, on the whole, a higher percentage of muscle than women’s bodies do. Just as women’s brains have more interconnectivity between the hemispheres. These and myriad other differences in our physiology give us men and women different — and complementary — gifts.

These are tendencies, not stereotypes. Masculinity isn’t about John Wayne riding into the sunset, any more than femininity is about weak women dropping hankies and fainting. Our individual mileage varies. There are as many unique expressions of masculinity as there are men.  Some men are stronger and/or more sensitive and/or more protective than others. Same with women. But our bodies and brains are fundamentally different, and that leads to certain predictable variations.

I don’t believe masculinity is “toxic.” Masculinity is raw material, just as femininity is. Men can use their gifts for good or for evil, just as women can. (But try using the term “toxic femininity” in polite company and see what happens.) For millennia, the goal of society has been to channel those instincts, not to suppress them. Where would we be without masculine strength and aggressiveness channeled toward the protection of society?

But today, there seems to be a movement to neutralize masculinity entirely. I have been saying for a long time that feminism — while laudable and important in many ways — made a fundamental mistake early on in assuming that “it’s better to be a man.” Women are often deemed “equal” to the extent that we usurp male characteristics and excel in traditionally male domains. It makes sense that the next step would be to say that men themselves are no good at being men and need to become more like women.

Of course, nobody wants to see men using their gifts in ways that abuse women. But I don’t think the answer is to neutralize or eradicate masculinity. Male strength put to a noble purpose is (pardon the expression) a truly beautiful sight.

The deepest answer is transformation. It is holiness. The message of St. John Paul II’s Theology of the Body is simply that our creation as masculine and feminine is fundamentally good, and that only in becoming transformed by the grace of Christ can each become the awesome, beautiful forces he intended them to be.

Holiness is often perceived as strictly feminine. It is not. Male holiness is strong. It is masculine. I’ve never liked the images of Jesus as some kind of First Century Sensitive Hippie. He was a strong man — a carpenter. He knocked over tables and drove money changers out with whips. St. Joseph, his foster-father, the man who formed his masculine nature, was likewise a true man. He protected Mary through a socially-unsanctioned pregnancy, and the infant Jesus from a murderous king. I often turn to him as protector as well. (Joseph, not the murderous king.)

But a world that doesn’t understand holiness, apparently has no idea what to do with masculinity. Or femininity.

St. JPII wrote extensively about the New Feminism. I never understood why he didn’t also introduce a “New Masculinism.”

I think somebody needs to pick up where he left off.  Soon.