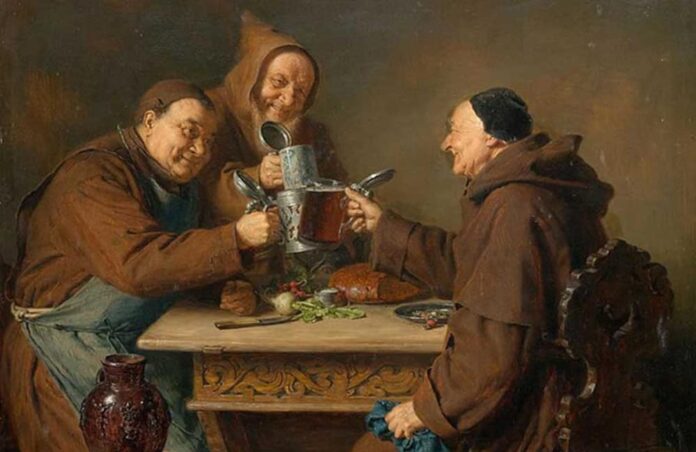 The history of Catholicism and beer is a fascinating one, combining a litany of libations with that of the saints and the rich spiritual tradition of the Church.

Those intrigued by any of these things may want to consider partaking in the “Saints, Monks & Beer” pilgrimage Oct. 19 – 29. The pilgrimage is intended to explore the Catholic culture in Belgium and Northern France and will be led by Dr. R. Jared Staudt, Catechetical Formation Specialist for the Archdiocese of Denver. Father John Riley, chaplain for the Augustine Institute, will serve as the chaplain for the pilgrimage.

“I’m aiming for a total immersion in the Catholic tradition, and that’s going to be through art, prayer, the saints, through food and drink, and really experiencing the life of the monks,” Staudt said.

The pilgrimage will also coincide with the release of Staudt’s new book, The Beer Option: A Catholic Guide to Beer and Culture, which is set to be released early October through Angelico Press.

The pilgrimage will begin in Paris and make its way to various parts of France rife with solid ties to the Church, including various cathedrals, churches and places associated with some of France’s great saints, not the least of which is St. Thérèse of Lisieux. Of course, the famous Louvre Museum is also on the itinerary, as well as a night at the Solesmes Benedictine monastery.

From France, pilgrims will make their way to Belgium, which is where the beer lovers on the pilgrimage will truly be satisfied. Pilgrims will visit several different Trappist monasteries throughout Belgium, including Westvleteren Trappist monastery, home of Westvleteren 12 beer (voted the best beer in the world in 2014), and Scourmont Abbey, home of Chimay Beer. Not only will they be able to taste some of these beers directly from the tap, they’ll also be given the chance to pray in the monasteries with the monks.

“The monks created the first large-scale breweries in Europe, and they essentially began brewing beer as we know it today,” Staudt said. “If you look at our brewing process today, the monks perfected that.”

Pilgrims will have the unique opportunity to witness this process firsthand, but it’s also something Staudt explores at length in his new book. Contrary to popular belief, beer has played an integral role in Catholic culture and the history of the Church, and Staudt hopes to enlighten those who thought otherwise and come to a fuller understanding of what it really means to be Catholic. A copy of his new book will be given to each pilgrim, which will serve almost as a supplement to the pilgrimage.

“We’re not just tourists, we’re pilgrims through the culture, and the culture, in an integrated way, will be our guide through the tradition,” Staudt said. “I really would just like to lead Catholics more deeply into Catholic culture.”

To learn more about the pilgrimage, join Dr. Staudt and Father Riley for an evening of Catholic culture at De Steeg Brewing (also the home of Blind Faith Brewing) at 4342 Tennyson St, Denver, CO 80212 on April 10th at 7 p.m. Come out and support a new Catholic-owned brewery and learn more about how the monks have shaped beer throughout the centuries. Light food will be provided and beer, of course, will be available for purchase.