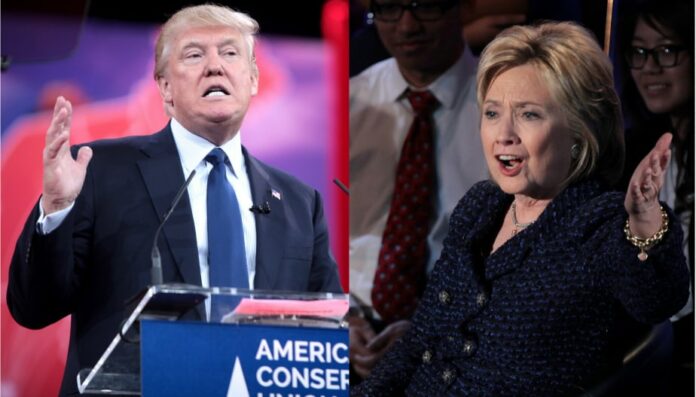 Two days after that circular firing-squad known as the “Republican primaries” came to a de facto conclusion on the banks of the Wabash, the Wall Street Journal had this to say:

“A plurality of GOP voters has rejected the strongest presidential field in memory to elevate a businessman with few fixed convictions and little policy knowledge” to Republican nominee-presumptive, a man “who has the highest disapproval ratings in the history of presidential polling….Mr. Trump wasn’t our first choice, or even the 15th, but the reality is that more GOP voters preferred him to the alternatives. Dozens of miscalculations made his hostile takeover possible, not least the decisions by other candidates in the early primary states to attack each other instead of Mr. Trump….Yet GOP voters made the ultimate decision, and that deserves some respect unless we’re going to give up on democracy.”

With all respect, this is one of those occasions. And the mistakes are not all on the Republican side of the ledger. What about the Democrats who have never  demanded an alternative to a septuagenarian crank who specializes in recycling the leftist bunkum of the twentieth century, and a failed Secretary of State who almost certainly committed felonies by breaching security regulations with her personal communications network? At least some Republicans of conscience tried to urge their political brethren to choose a plausible, competent alternative to a narcissistic vulgarian; I haven’t heard anything analogous on the other side of the aisle, and the seemingly tongue-tied Catholic Democrats in the blogosphere are no exception to that default.

It’s become a cliché to say that “no candidate and no party fully embraces the vision of Catholic social doctrine.” True enough. But previous election cycles gave Catholic voters a prudential choice between candidates who embodied at least some of the major themes of the social doctrine. What is the thoughtful Catholic voter to do when neither of the presidential candidates is even minimally committed to human dignity, the common good, subsidiarity, and solidarity, as the social doctrine understands those concepts? When one party has elevated lifestyle libertinism to the first of constitutional principles (and is prepared to kill unborn children, jettison free speech, and traduce religious freedom in service to hedonism), while the other is prepared to nominate a fantasist who spun grotesque fairy tales about an alleged connection between an opponent’s family and Lee Harvey Oswald shortly before he closed the deal?

That will be a question to ponder carefully in the next six months. The immediate take-away that the American democratic experiment is in deep trouble – and that trouble has something to do with moral judgment.

The reduction of voting to a visceral exercise in anger-management, identity politics, or class resentment (cf. “Trump campaign,” “Hillary campaign,” and “Bernie campaign”) tells us that our political culture is sick. And if the political culture is sick, that must have something to do with the state of the culture as a whole. Did we really imagine that a culture of self-absorption and vulgarity, taking its cues from the passions of adolescence, was not going to cash out in our politics? If so, let’s hope that we’ve been disabused of that fallacy. Such a sobering-up would be one, modest silver lining in the ominous storm clouds now gathering.

The reconstruction of a morally serious political culture is essential, if American democracy is not to descend into incoherence and what an eminent churchman once called the “dictatorship of relativism.” That reconstruction could start with U.S. Catholics leavening our politics – and the culture as a whole – with Catholic social doctrine.