His Church. Our Experience.
Subscribe
HomeLocalNot to be served, but to serve: Honoring our priests for their...
LocalOn MissionVocations

Not to be served, but to serve: Honoring our priests for their years of service to the faithful

The Archdiocese of Denver is blessed to have an abundance of great, faithful priests. We honor these men who have served the faithful of the archdiocese and thank them for their years of service. 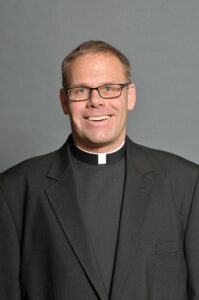 Father David Allen heard his call to become a priest at a young age during a youth retreat. In 1983, he decided to give it a try and entered the seminary. In June 1995, after years of preparation and discernment he was finally ordained as a priest. Since then, his journey has been as long as the pilgrimages he has led.

In 2000, while he was assigned to St. James Parish, Father Allen had the idea of leading a pilgrimage to the Stations of the Cross that overlook the town of San Louis, Colo. Years later, he led a group of parishioners to Northern Spain, where they cycled and walked “El Camino de Santiago,” a historic pilgrimage route that originates in France and ends at the Cathedral of St. James in Santiago de Compostela in Spain. Father Allen has also led many other pilgrimage groups to different places and countries around the world, including Greece and the Holy Land.

“My greatest memories as a priest [until this day] are being on pilgrimage with parishioners in the Holy Land, the Camino de Santiago, and in Greece, and also to celebrate the sacraments,” said Father Allen to the Denver Catholic.

Though everything in life comes with its ups and downs, Father Allen’s blessings have always been greater than anything else, especially when he has the opportunity to celebrate the sacraments with his community and sharing in their lives.

For Father Allen, his secret to 25 years of priesthood is very simple: “One day at a time!” 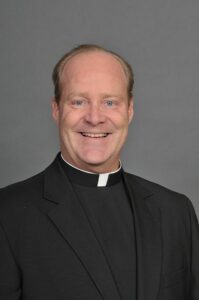 Father Patrick Dolan was born and raised in Colorado. He was ordained in 1995 and is currently assigned to Most Precious Blood Catholic Church in Denver, where he has served as a pastor since 2004. He holds a B.A. in Psychology from Conception Seminary College and a Bachelor in Sacred Theology from the Pontifical Gregorian University, in Rome, where he also studied liturgy at the Pontifical Liturgical Institute, at St. Anselmo.

Father Dolan is also a musician who spent many years touring across the country with numerous musical productions as both singer and dancer. For years, he worked as a professional pianist for the Church and theatres and has various compositions, including a set of psalmody titled “Psalms for a Global Village”.

During his 25 years of priesthood, Father Dolan has earned the affection of his community across the archdiocese for his talent but mainly for his love of the Lord and compassion for others. 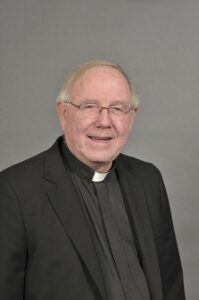 When Msgr. Robert Kinkel looks back on these past 50 years as a priest, he says the greatest blessing has been being with the people of God.

“Every place I went, the people were wonderful,” Msgr. Kinkel told the Denver Catholic. “I’d say that the people are probably the thing I remember the most. I’ve made lots good friends.”

Growing up at St. Mary’s Parish in Littleton, Msgr. Kinkel remembers wanting to become a priest as early as fourth or fifth grade. He admired his pastor at the time, Father Fred McCallin, which instilled in him a desire to be like him. The rest is history.

Fifty years ago, Msgr. Kinkel would have never guessed that this milestone anniversary would be marked by a global pandemic. Even so, his parish got creative and still found a way to honor him for his many faithful years of service.

“After the livestream Mass on that Saturday [May 30], they said, ‘come on outside,’” he recalled. “What they had done is ask people to drive by and say hello. There were all these cars that came into the parking lot, probably a couple hundred of them. That was nice. That was my celebration.”

Fifty years of priesthood is no small feat, and Msgr. Kinkel said his secret is reliance upon the simplest yet most powerful act of prayer.

“Prayer is the heart of it,” he said. “That’s what sustains me, is wanting to live out the priesthood and to be a person of prayer. Everything else flows from that.”