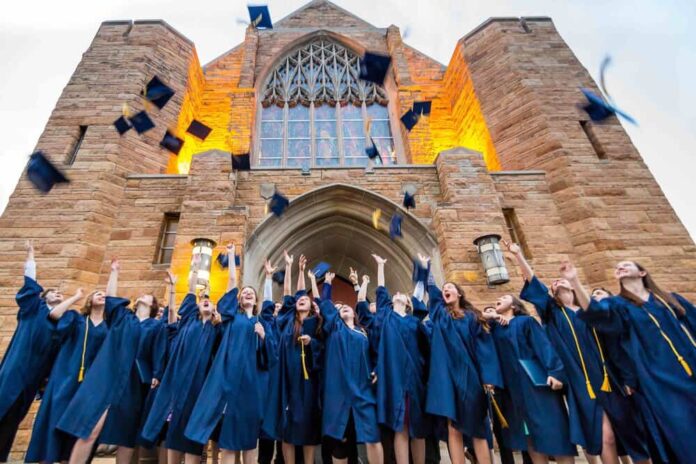 The Chesterton Academy of John Paul II in Windsor announced that, as a result of great generosity from anonymous donors, tuition for the 2020 – 2021 school year will be completely free for all high school students who enroll in its inaugural year, set to begin next month.

The school assured that this opportunity will not affect the founding family scholarship, which will lock in a low tuition range for any student who is enrolled in the opening year of the school and for any siblings who attend the high school in the future.

“I would label it as unreal, except for the fact that it is. Ultimately, this entire process has had a clear mark of divine intervention from its inception to every stage of the way… What can you say in this instance except that God is good?” said Blaise Hockel, Headmaster of the Chesterton Academy of John Paul II. “I think that what [we] want people to know has been made evident by these anonymous donors’ gift to us: that Catholic education has been so desperately waited in northern Colorado, that we are here to stay, and we have the community’s full support… People see the inherent value of what we have to offer.”

The Catholic high school currently has 20 students enrolled for its 2020-2021 academic school year and only has room for 25 to 30 students total, but Hockel assures the school is trying to find creative ways to let as many people as possible benefit from this opportunity.

Prior to this generous donation, many families had contacted the school leadership expressing their concern because of financial impacts due to the coronavirus pandemic. The school was working arduously to launch a campaign that could alleviate the stress of these families when a group of anonymous donors came forward through a board member with a letter specifying what they intended to do. They only requested, in exchange for their donation, that the school make its tuition completely free for its students during the first year, while keeping its founding family scholarship.

According to an announcement published by the Chesterton Academy of John Paul II, the donors explained what inspired them to such generosity:

“Why? Our goal on this Earth is to get to Heaven and to help as many other as we can get there as well. We have such confidence in the Faith and Ideals which will be instilled in the next generation of Leaders at the Chesterton Academy of John Paul II that this sacrifice today will bear much fruit in the years and generations to come.”

For Hockel, who was recently hired as the school’ first headmaster, the sentiment of this kind of charity is a source of further motivation for the school and its members, but he said that it also ought to be for all Catholics, who are called to serve for the good of the Church and society.

“We’re in a time of grave uncertainty, and many of us are confused and afraid. But when we see this kind of action, what should the response be on our end? I think that the response should be to reciprocate it and to do it ourselves. To find as many means of giving of the time, talent and treasure that we have,” Hockel concluded. “And that’s what we’re trying to do at the school – in the kind of education that we’re offering to the students, steeped in the teachings of the Church and an attempt to call students to be saints, but also in the way we’re bringing this forward for any family who wants to come.

“If a family wants to come, they just need to reach out to me and talk to me. We will find the means to make it happen because this is the goodness of God, and it should not be squandered.”

For more details and to contact the school about registration, visit chestertonjpii.org.