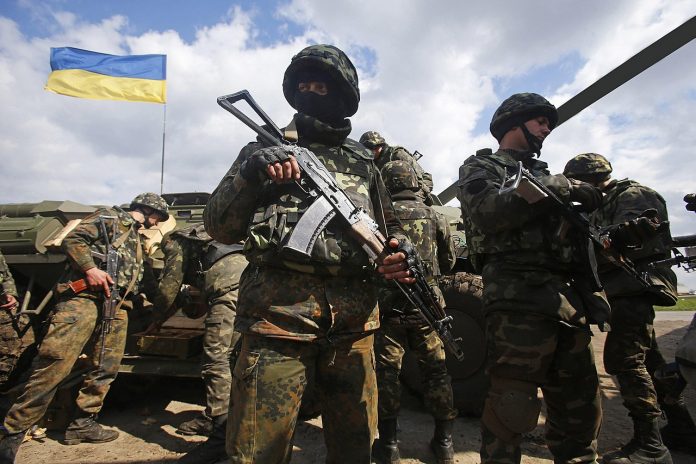 Every war is a defeat for humanity, because men and women endowed with reason should be able to resolve their differences without mass violence. Reason, however, can be corrupted by ignorance, passion, ideology, pride, and innumerable other vices. And the distortion of reason can make the slaughter of others, including innocents, seem not only permissible, but even imperative. Thus within his own warped frame of reference, Vladimir Putin’s barbaric assault on Ukraine makes sense — to him.

A few days before his forces invaded Ukraine expecting an easy victory, Putin declared Ukrainians a non-nation occupying a non-country that, by right of history and culture (including religious history and culture), belongs to Great Russia. So by his (dim) lights, Putin was restoring the proper order of things by invading Ukraine to extinguish its sovereignty. And when his military faced a courageous and effective Ukrainian resistance composed of regular army troops and volunteer defense forces, it made sense — again, within Putin’s ideological construct — for his troops to attack civilian targets, to break the will of those recalcitrant Ukrainians who refuse to accept that they are “little Russians” who should come home to the Fatherland.

Putin’s war, which is based on his megalomaniac view of Russia and Ukraine, is manifestly an unjust war: immoral in intent and immoral in execution. The blasphemous blessing of Russian aggression by the leadership of Russian Orthodoxy cannot change that moral fact.

Ukraine’s war, by contrast, is a just war. It is justified in intent, and Ukraine’s military has conducted itself in a morally justifiable manner.

The defense of national sovereignty was recognized as morally legitimate by the Second Vatican Council, which taught that “governments cannot be denied the right to legitimate defense” and that “state authorities and others who share public responsibility have the duty to…protect the welfare of the people entrusted to their care.” In the Pastoral Constitution on the Church in the Modern World, the Council fathers also taught that those “who devote themselves to the military service of their country should regard themselves as the agents of [the] security and freedom of peoples” who, “as long as they fulfill this role properly,” make “a genuine contribution to the establishment of peace.” That is what the Ukrainian military and territorial defense forces have been doing since February 24.

According to a normative Christian theological tradition first systematically articulated by St. Augustine, certain moral benchmarks define the boundaries of the justifiable use of proportionate and discriminate armed force. Those moral standards and the kind of conscience they form seem alive and well among Ukraine’s political and military leadership, on the battlefield and elsewhere. Thus Russian prisoners of war — primarily conscripts whose superiors lied to them about their deployment and then used them as cannon fodder — are being treated humanely by the Ukrainian authorities.

By contrast, any such conscience seems moribund in the Kremlin and among the Russians who committed genocide in Mariupol’.

Given these realities, it is not easy to understand the trajectory of Vatican commentary during the war’s first month. The Vatican’s primary role in world politics is that of moral witness — a witness that proved quite effective when John Paul II deployed it in east central Europe, East Asia, and Latin America. The first task of that moral witness is to call things by their right names, especially in situations clouded by lies, disinformation, and propaganda. Yet it took almost two weeks for Pope Francis to use the word ”war” to describe what was going on in Ukraine.

Then, on March 16, the Pope met via videoconference with Patriarch Kirill of the Russian Orthodox Church, as if Kirill were a figure of religious authority rather than what he really is: an instrument of Russian state power. Instead of clarifying the moral truth of a situation and thereby contributing to its resolution in a just peace, that Vatican initiative further muddied the waters and made a just peace more difficult.

During the videoconference, the Pope noted that “There was a time, even in our Churches, when people spoke of a holy war or a just war. Today we cannot speak in this manner.” Charitably construed, that was an oblique rebuke of Kirill, who had indeed spoken in that manner. Universalized, however, the Pope’s formulation was problematic.

It is simply not the case that serious Christians can no longer use the categories of “just” and “unjust” in thinking about warfare. There are, in truth, just and unjust wars. Russia’s war in Ukraine is unjust and ignoble. Ukraine’s war is just and noble. Informal papal comments do not change that reality. They can, unfortunately, obscure it.