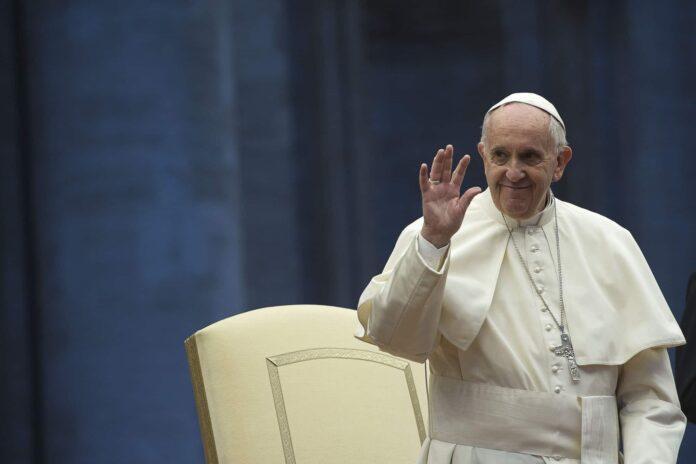 Vatican City, Apr 8, 2016 / 04:00 am (CNA/EWTN News).- Catholics who have divorced-and-remarried need the fullness of Church teaching. They also need a wise pastoral and community response to their difficulties that can help them grow in the Christian life, Pope Francis said on Friday in his new document on love in the family.

“The Church’s pastors, in proposing to the faithful the full ideal of the Gospel and the Church’s teaching, must also help them to treat the weak with compassion, avoiding aggravation or unduly harsh or hasty judgements,” the Pope said in Amoris Laetitia.

Titled Amoris Laetitia, or The Joy of Love, the document was presented to journalists in Italian, French, English, German, Spanish and Portuguese. Signed March 19, the Feast of St. Joseph, the release of the document was delayed in order to allow time for its translation into other languages.

The apostolic exhortation is the conclusion of a two-year synod process discussing both the beauty and challenges of family life today. Hosted at the Vatican in 2014 and 2015, these synods gathered hundreds of bishops from around the world.

While much of the Western secular media focused its coverage on homosexuality and the question of communion for the divorced-and-civilly remarried, actual topics discussed in the meetings were much broader, with synod fathers touching on themes such as domestic violence, incest and abuse within families, and marriage preparation.

Pope Francis acknowledged the attention generated by the synods, saying, “The debates carried on in the media, in certain publications and even among the Church’s ministers, range from an immoderate desire for total change without suf¬ficient reflection or grounding, to an attitude that would solve everything by applying general rules or deriving undue conclusions from particular theological considerations.”

The wide-ranging document included Biblical reflections on family, as well as discussion of the family as a place of faith and labor, celebration and tears. The Pope spoke about sexuality within marriage and on the sometimes devastating effects of poverty and migration on families. He also touched on the importance of communication within the family, the challenges of raising children in a technology-saturated world, and the witness of virginity.

Pope Francis devoted a substantial section of the document to the topic of educating children, observing, “The family is thus the place where parents become their children’s first teachers in the faith.” He also offered suggestions for improving marriage preparation programs, inviting engaged couples to consider a simple wedding and to set aside technological distractions.

In a world where many have lost respect for marriage and are delaying the union or choosing cohabitation instead, the Church must speak up, Pope Francis said.

“As Christians, we can hardly stop advocating marriage simply to avoid countering contemporary sensibilities, or out of a desire to be fashionable or a sense of helplessness in the face of human and moral failings,” he reflected. “We would be depriving the world of values that we can and must offer.”

At the same time, he said, “there is no sense in simply decrying present-day evils, as if this could change things. Nor it is helpful to try to impose rules by sheer authority. What we need is a more responsible and generous effort to present the reasons and motivations for choosing marriage and the family, and in this way to help men and women better to respond to the grace that God offers them.”

Pope Francis praised the “indissolubility of marriage,” saying that it “should not be viewed as a ‘yoke’ imposed on humanity, but as a ‘gift’ granted to those who are joined in marriage.” He added that “Divorce is an evil and the increasing number of divorces is very troubling.”

In addition, he said that “divorced people who have not remarried, and often bear witness to marital fidelity, ought to be encouraged to find in the Eucharist the nourishment they need to sustain them in their present state of life.”

In the document’s introduction, Pope Francis wrote that “everyone should feel challenged by Chapter Eight,” which is titled “Accompanying, Discerning and Integrating Weakness.”

That chapter, which describes the Church as “a field hospital,” discusses the pastoral care of the divorced-and-civilly-remarried, as well as those who cohabit and face other irregularities.

Pope Francis wrote that “it is a matter of reaching out to everyone, of needing to help each person find his or her proper way of participating in the ecclesial community.” He emphasized that the divorced-and-remarried “can find themselves in a variety of situations” and that this variety requires discernment and accompaniment on the part of pastors.

The Pope voiced agreement with the Synod Fathers’ observations that divorced-and-remarried Catholics need to be “more fully integrated into Christian communities…while avoiding any occasion of scandal.” He restated that the divorced-and-remarried are not excommunicated, and quoted the Synod Fathers, who had said that “language or conduct that might lead them to feel discriminated against should be avoided.”

Care for these persons is not a weakening of Christian faith and belief in the indissolubility of marriage, but is rather “a particular expression of its charity,” he said, again quoting the Synod Fathers.

While he affirmed the ideal of sacramental marriage in ministering to those in broken situations, the Pope also rejected a one-size-fits-all approach to individual cases.

Considering the “immense variety of concrete situations” that the divorced-and-remarried have put themselves in, he said, “it is understandable that neither the Synod nor this Exhortation could be expected to provide a new set of general rules … applicable to all cases.”

Instead, he said, what is possible is “a responsible personal and pastoral discernment of particular cases” which would recognize varying degrees of responsibility and therefore varying consequences or effects.

This is also the case with admission to the sacraments of Confession and Communion, he said, due to mitigating factors that might reduce a person’s culpability.

“Hence it can no longer simply be said that all those in any ‘irregular’ situation are living in a state of mortal sin and are deprived of sanctifying grace,” Pope Francis said. “More is involved here than mere ignorance of the rule. A subject may … be in a concrete situation which does not allow him or her to act differently and decide otherwise without further sin.”

Someone in such a situation of objective sin but without full culpability can grow in charity with the help of the Church, and “in certain cases, this can include the help of the sacraments,” he noted. “I would also point out that the Eucharist ‘is not a prize for the perfect, but a powerful medicine and nourishment for the weak’,” he added, quoting from his 2013 apostolic exhortation Evangelii gaudium.

The Pope acknowledged the importance of fidelity to the Gospel, saying that “To show understanding in the face of exceptional situations never implies dimming the light of the fuller ideal, or proposing less than what Jesus offers to the human being.”

He called it “reductive” in discernment merely “to consider whether or not an individual’s actions correspond to a general law or rule.”

“A pastor cannot feel that it is enough simply to apply moral laws to those living in ‘irregular’ situations, as if they were stones to throw at people’s lives. This would bespeak the closed heart of one used to hiding behind the Church’s teachings.”

Pope Francis professed understanding for those who prefer “a more rigorous pastoral care which leaves no room for confusion.”

“But I sincerely believe that Jesus wants a Church attentive to the goodness which the Holy Spirit sows in the midst of human weakness, a Mother who, while clearly expressing her objective teaching, ‘always does what good she can, even if in the process, her shoes get soiled by the mud of the street’.”