His Church. Our Experience.
Subscribe
HomeLocalNew monks in town
Local 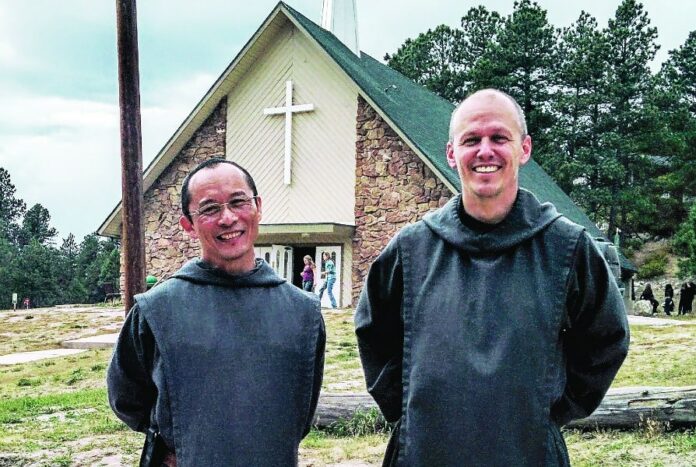 The past year has brought three new religious orders to Denver. October saw the Sisters of Life and the Missionary Sisters of St. Charles Borromeo. Now, the archdiocese is also home to the priests and brothers of the Congregation of St. John.

Though the order is new to Denver, it has existed since 1975. Five students studying under a Dominican priest began a spiritual regimen that eventually led to them wanting to join a religious community. No existing community could take them, so they founded their own. Father Francis Therese Krautter, a member of the community in residence at All Souls Parish in Englewood, explained their unique spirituality.

“We are focused especially on St. John’s theology of Christ, as the beloved. To be the beloved is an honor, but also a responsibility,” said Father Francis Therese Krautter. “Philosophy is a huge part of our spirituality, because it makes our charism of a contemplative life possible…One of the things our community thrives on is the search for truth, with the understanding that there is truth to be discovered.”

The congregation is active-contemplative, meaning they are grounded in prayer, but still do ministry and are at the service of the archdiocese.

Father Krautter said the community has wanted to come to Denver for some time, but was only recently able to make that wish a reality.

“It’s great to be in a diocese where there’s so much dynamism, and so many groups that are active,” said Father Krautter.

“What we’ve realized is that while the discernment mode appealed to some, there was something that we as a Church weren’t providing. Some young people are on fire and want to give their whole life to Christ, but aren’t going to become a brother or a sister or a missionary. So we wanted to find another opportunity for them,” Father Krautter said.

Students in the program will live in community, share a common life of prayer and take classes.

“They’ll have opportunities for spiritual direction and to be grounded in a contemplative life of prayer, but also have the skill on the business side to start these initiatives, or help initiatives that already exist but need grounded people to help,” Father Krautter said. “It touches on the spiritual life, but also on the practical.”

He said the program is aimed at individuals who have already been evangelized, but would like to go deeper while growing in business skills. The Church needs this combination, he said.

“If we continue to live in the Middle Ages or say that you only need the Gospel and no skills, I think that’s unfortunate,” he said.

The brothers are in residence at All Souls Parish. They invite everyone in the archdiocese to get to know them. They chant vespers and have an hour of adoration most days in the Church, and chant morning prayer at 7 a.m.

“Come pray with us. We’d love to have people come join us for prayer. We’d love to help with spiritual direction, confession, giving talks to small groups, or parish retreats,” said Father Krautter.