Netflix’s ‘The Crown’ and becoming God 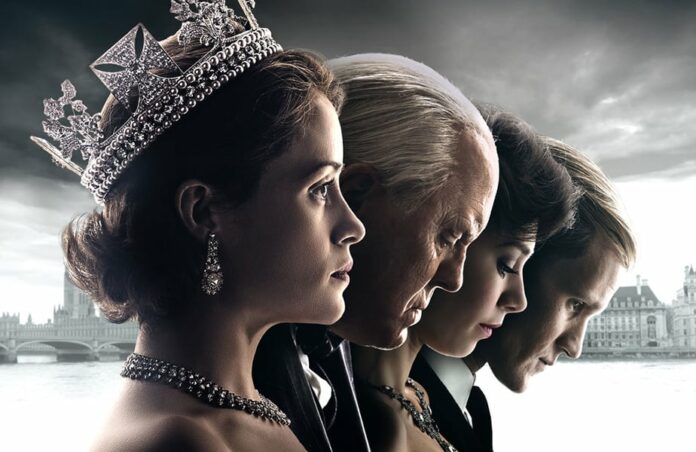 Father Ryan O’Neill is the Director of Vocations for the Archdiocese of Denver.

When I forget that God’s dream for my life is deification—to share in his divinity—my Christian life feels boring and burdensome, but when I grasp this truth my spirit soars and I dive deeply into my Christian duties with joy. All the difficult decisions and sacrifices make sense.

This reality came into full relief recently in the Netflix original series “The Crown”, which portrays the life of Queen Elizabeth II of the United Kingdom. In the episode “Smoke & Mirrors,” we witness the coronation of young Queen Elizabeth and the contest in her own heart between her two identities: old Lilibet, wife of Duke Philip, and the new Queen Elizabeth, the divinely anointed head of the church and state.

Elizabeth accepts her vocation as queen in contrast to her uncle David, the Duke of Windsor, who was next in line to receive kingship, but chose to abdicate the throne “for love.” The Duke gave up his royal birthright to marry a divorced woman, which violated the laws of succession and essentially kicked him out of line. Immediately after witnessing the anointing, vesting, crowning of his niece Queen Elizabeth, the Duke of Windsor poignantly declares, “Behold, we have made her a goddess!”

As head of state, Queen Elizabeth is forced to make difficult decisions that cause marital strain and family tension. Queen Mary, Elizabeth’s Grandmother, warns Elizabeth that as queen, there will be a continual conflict between the old Elizabeth and the deified Elizabeth, the queen.

The two identities will be at war with each other yet the crowned Elizabeth must always win. Why? Not for duty’s sake, Queen Mary goes onto explain, but because the monarchy is a vocation from God and she has been not appointed but anointed in her position. Elizabeth as queen is now beholden to God and not to anybody else. Therefore, the crown under God must always win.

As I saw Elizabeth anointed and crowned in all her royal British glory it dawned on me that my destiny through my baptism was not dissimilar to Queen Elizabeth’s coronation. Through my baptism, I too have been anointed by God, and he desires that I become like him in heavenly glory.

But here is the difficult part, am I going to let “the crown” win in that internal conflict raging in my own heart? Is the old self or the baptized self going to win? Will I make difficult decisions because I know they are right and good according to God, like Queen Elizabeth, or will I abdicate my vocation, so I can do what I want to do, like the Duke of Windsor who gave up his right to be crowned king?

I ask every baptized Christian to consider the great glory we are destined for in our own deification, if we are but willing to make the difficult decisions in life that will always seek God’s will first. Too often I find myself resentful of my Christian morals and duties, but when I am reminded of the beautiful plans that God has for me, then I am resolved to fight the good fight in my own heart between the old self and the Christ self.

I leave you with two images. The Duke of Windsor at the end of the episode is alone on a gray morning playing his bagpipes to a mournful tune with tears running down his face. We see a man who regrets his decision to give up the glory of his vocation for the fleeting pleasures. The second image is the beautiful golden dress of Elizabeth draped over her shoulders with a magnificent crown two sizes too big on her head, a scepter in one hand, an orb in the other, and a look of serene power on her face.

Who will you choose to be? God desires to plan your coronation in heaven, if you will allow him.