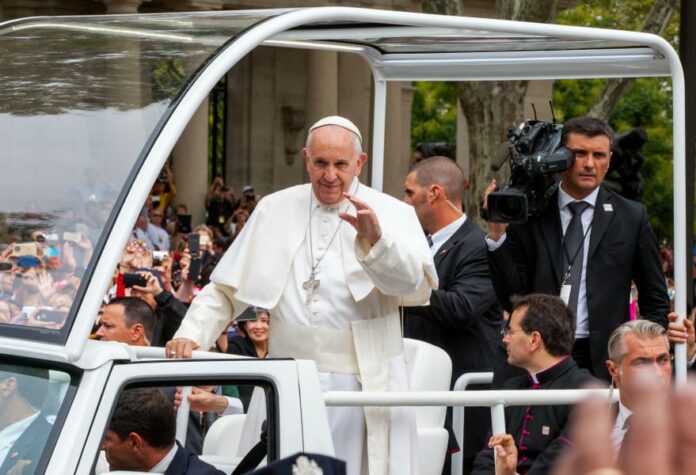 Denver Catholic syndicated columnist George Weigel is placing Amoris Laetitia (“The Joy of Love”) at the top of the list of longest papal documents in history, “by a good 10 percent or more.”

The 261-page letter released April 8 is a post-synodal apostolic exhortation, meaning it’s the concluding document that wraps up a two-year synod process that gathered hundreds of bishops together with the Pope to discuss issues surrounding marriage and the family.

“Its sheer size suggests the wisdom—although probably the futility, too—of Pope Francis’s plea that his apostolic exhortation ‘on love in the family’ be read ‘patiently and carefully,’ piece by piece, and then pondered as a whole,” Weigel wrote on National Review Online.

Weigel laments the probability that most Catholics “are simply not going to wade through a text of this length,” and he adds that this is unfortunate as the letter “says many important things about love, marriage, the family, and the current cultural crisis of a world in which the imperial autonomous Self is running roughshod over just about everything, leaving a lot of human unhappiness in its wake.”

That said, it didn’t stop him from putting together a comprehensive guide for anyone who wants to “take a cut” at reading “The Joy of Love”.

For those willing to take a deep dive into the exhortation, pay attention to two sentences that Weigel suggests form a framework for further discussions: “To show understanding in the face of exceptional situations never implies dimming the light of the fuller ideal, or proposing less than what Jesus offers to human beings. Today, more important than the pastoral care of failures is the pastoral effort to strengthen marriages and thus to prevent their breakdown” (Amoris Laeti, 307).

In his conclusion, Weigel suggests that the Pope’s letter on marriage and family could have a positive impact on a “world that badly needs to hear the truths the Pope teaches.” However, he cautions, that will only happen if the document is read in full, “with the care and patience its author requests.”

Read the full guide at: http://www.nationalreview.com/article/433832/pope-francis-marriage-document-defends-catholic-teaching