Navigating the troubled waters of relativism 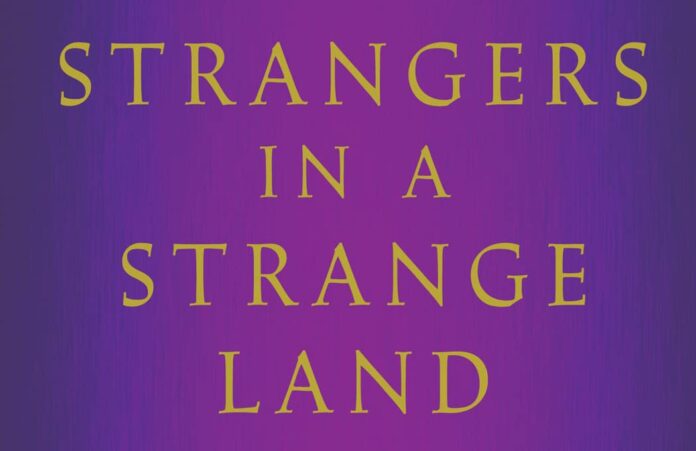 David Uebbing serves as the Chancellor for the Archdiocese of Denver.

American society is experiencing profound cultural shifts, creating times of great uncertainty, especially for Christians and Catholics. In “Strangers in a Strange Land: Living the Catholic Faith in a Post-Christian World,” Archbishop Charles J. Chaput offers a road map for understanding our nation’s roots, the cultural forces that have shaped it into what it is today, and reflections on living with hope in an Post-Christian society.

The intellectual scope of Archbishop Chaput’s book is impressive. Over the course of 12 chapters he leads the reader in an examination of the philosophical and moral underpinnings of our nation, analyzes the warped anthropology caused by the cultural revolution of the ‘60s, explains the impact of these seismic shifts on our modern culture, and then offers his well-known brand of unflinchingly honest advice to Christians for living their faith in a hostile environment.

“Strangers in a Strange Land” is a tour de force of scholarly thought on the development of Western society. Readers encounter a tapestry of insights woven together from intellects as diverse as Alexis de Tocqueville, the French political theorist Pierre Manent, St. Augustine, Benedict XVI, Alasdair MacIntyre, Saul Alinsky and Rabbi Jonathan Sacks. Suffice it to say, Chaput’s latest book is not a light read, but it is a necessary read for all who are striving to understand the challenges Christians face and will face in the coming years.

Archbishop Chaput begins his insights on America’s founding by stating, “Americans hate thinking about the past. Unfortunately, we need to.” This is the case, he says, because “We can’t understand the present or plan for the future without knowing the past through the eyes of those who made it. For the American founding, there’s no way to scrub either Christianity or its skeptics out of the nation’s genetic code.”

And yet, he notes, these faith-filled beginnings are “infinitely fragile.” Archbishop Chaput proves this by recounting how technological advances, the introduction of the birth control pill, the Vietnam War and the efforts of radical feminists quickly unraveled family ties and social cohesion.

For those that think it’s possible to return to Mayberry, the Philadelphia archbishop tells it plainly, “America can’t be the way it once was. … changes in the country’s sexual, religious, technological, demographic and economic fabric make that impossible.” The appetites and behaviors of the United States have been fundamentally altered by these changes, he argues.

For those of us in the Archdiocese of Denver who have had the blessing of knowing Archbishop Chaput, it comes as no surprise that his candidly honest assessment of the state of our culture is accompanied by a reflection on Christian hope.

He asks his readers, “How can we live in joy, and serve the common good as leaven, in a culture that no longer shares what we believe?” This question carries a special gravity because the secular culture has detached what it means to be a man from God and is aimlessly seeking answers.

Quoting Rabbi Jonathan Sacks, Archbishop Chaput answers his question by saying that believing Catholics and Christians must be a “conscious minority” that adds to the common good. We must fight a culture of lies by consciously living the truth instead of merely talking about it.

In the end, Archbishop Chaput’s guidance for our Post-Christian culture is fittingly humble. “We’re here to bear one another’s burdens, to sacrifice ourselves for the needs of others, and to live a witness of Christian love … Every such life is the seed of dozens of others and begins a renewal of the world,” he writes.

For those concerned about the present and future of American society, “Strangers in a Strange Land” is a must-read that will leave you thinking and praying long after you’ve finished it.

Click here to see purchasing options for “Strangers in a Strange Land.”