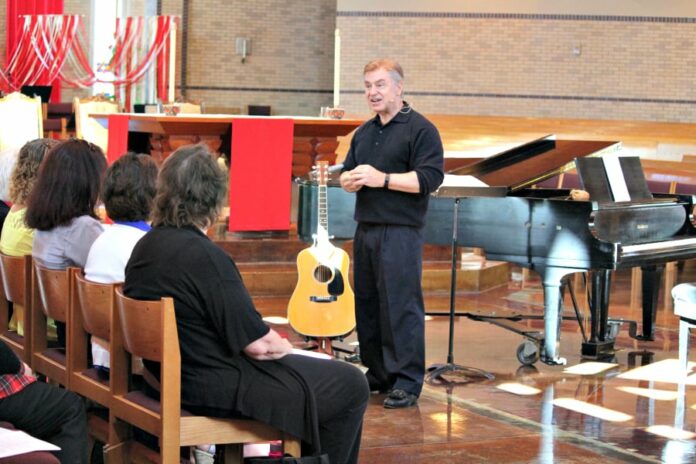 The American songwriter, known for composing the hymn “Here I Am, Lord,” conducted the workshop in honor of the parish’s year-long celebration of its 40th anniversary.

Liturgical music has taken center stage during Spirit of Christ’s series of celebrations this year.

Schutte led the music workshop June 7 for a group of musicians inside the Church. He also performed a concert for more than 400 people after a parish spaghetti dinner.

Schutte is also known for writing the songs “City of God” and “Sing a New Song.” His music has a strong Ignatian and scriptural influence.

In 2006, he assisted in writing the catechetical program Spiritual Exercises of Ignatius of Loyola on the use of music in prayer.

Schutte plays the piano and guitar and holds two master’s degrees in theology and liturgy. He is a composer-in-residence at the University of San Francisco.