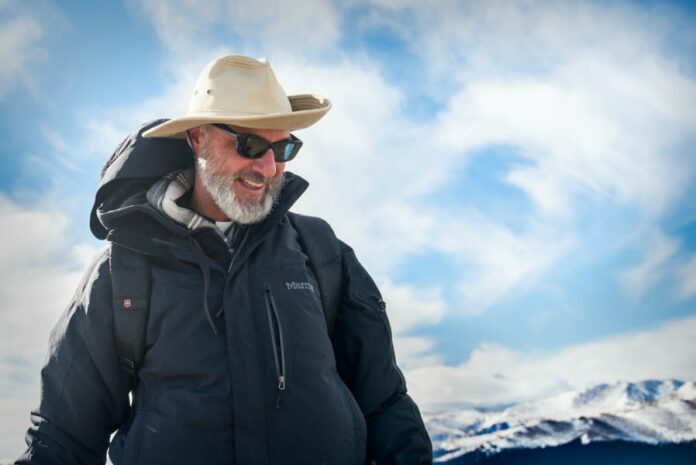 There were tears last week as friends and students of beloved Augustine Institute chaplain, Father John Riley, bid their farewells to the one-of-a-kind confessor and spiritual father (and his faithful suburban, Shadowfax).

A priest of the Diocese of Arlington, Virginia, Father Riley has been “on loan” to the Archdiocese of Denver since 2010, living and serving “under the radar” as a friend, confidante, teacher and sometimes necessary kick-in-the-pants to young and old alike. Aside from attending to his duties as chaplain—which included celebrating a succinct, yet always profound, daily noon Mass—Father Riley taught through kind gesture and personal witness what it looks likes to live a life of authentic friendship with Christ, and with neighbor.

In his “spare” time, he took to the mountains (there was a special place in his heart for Mount Evans), often leading AI students, Christ in the City missionaries and nuns in full habit on hikes that ranged from the simple, to the epic (he once led a night hike up Quandary Peak by the light of a full moon).

After a brief respite to visit family and friends back East, and to celebrate his 25th priestly anniversary, “Padre Juan” will embark on a new mission as a desert father in southeastern New Mexico. Officially, he will serve Bishop Oscar Cantú of Las Cruces as the “Special Assistant to the Vicar for the New Evangelization,” but we think “desert father” just sounds more like Father Riley. You will be missed, Father, but we remain united to you in thought, in prayer, and most importantly, in HIM.