A modest defense of the “liberal world order” 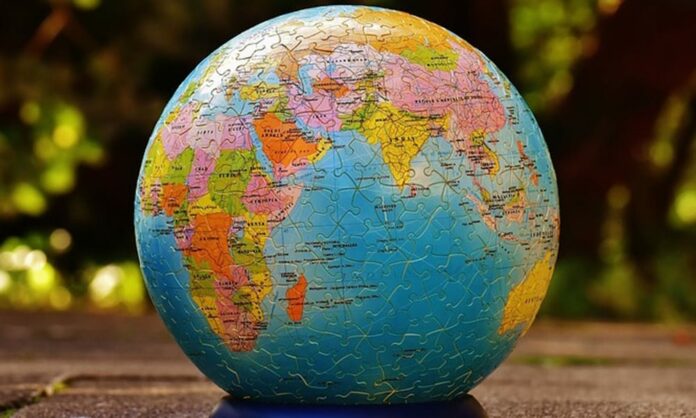 I quite agree that the United Nations is a sad, and sometimes malicious, joke. I understand that some people have been the victims of a globalized world economy and that the “Davos people” who run that economy have (like most of the rest of us) paid them too little heed. Fifteen years ago, in The Cube and the Cathedral, I warned that the European Union risked becoming the overbearing bureaucratic Leviathan it is today; and it seemed to me then, as it does now, that the EU’s embrace of a sterile secularism, which accelerated Europe’s detachment from its cultural roots, helped destroy a reverence for particularity and for what Edmund Burke called society’s small platoons.

I get it that the American people are tired of wars, that many Poles and Hungarians don’t want their social policy dictated by Brussels, and that Italians and Greeks are tired of having their pleasures disrupted by steely-eyed German accountants. I agree that NATO member states should stop riding American coattails in their laggardly defense spending. I think a visceral defense of British sovereignty was the primary reason for the Brexit “yes” vote, and I find the contemptuous response to that vote by European Union mandarins a signal that, like the Bourbons, those riding the EU gravy train have learned nothing and forgotten nothing.

Moreover, and to end this throat-clearing, I think liberal democracy is in grave danger from the ideology of Me and the notion that “freedom” is just willfulness – which is, among many other things, reducing higher education in the U.S. and Canada to a playpen for mini-brownshirts who get violently disruptive when their silly certainties about the plasticity of the human condition are challenged.

And yet I think there are things that can and must be said for the “liberal world order” and for liberal democracy.

The political and economic system created by the United States and its allies after World War II – a system built around common defense measures and free trade – rescued Europe from the self-inflicted catastrophe of 1914- 1945, prevented nuclear war, preserved the peace until the collapse of the Soviet empire, and allowed once-captive nations to reclaim their liberties. It didn’t do too badly by the rest of the world, either. Over the past several decades, more than a billion people lifted themselves out of abject poverty by becoming participants in a system of free trade and the free movement of capital and labor – even as those economic successes helped create conditions for the possibility of free and decent governance in places like Taiwan, South Korea, Chile, and India.

So might it not be the case that the “liberal world order” needs fixing rather than dismantling, as some “populists” propose today? Surely those dismantlers don’t propose a return to the beggar-thy-neighbor economic autarky and myopic nationalism that intensified the Great Depression and helped bring on World War II. As for the security side of the equation, doesn’t the catastrophic condition of the Middle East, after eight years of an American-led withdrawal of western power from the region, demonstrate what happens when those committed to a “liberal world order” retreat from history in history’s most volatile regions? Given Vladimir Putin’s evident determination to reverse history’s verdict in the Cold War, would order be maintained in Europe over the next decade absent a robust NATO?

As for the failings of liberal democracy itself, the lesson to be learned is surely not that efficient authoritarianism makes for better national governance; the lesson is that the democratic project is not a machine that can run by itself. The hardware of democracy cannot run by any software. Rather, democracy depends on a moral-cultural foundation that has been seriously eroded by the Culture of Me. So if the democratic project is not to decay into either chaos or a dictatorship of relativism, a great work of moral and cultural renewal must be undertaken throughout the West: something akin to a new Great Awakening.

Sympathetic as I am to many of their complaints, I don’t see that Awakening arising from the most vociferous of today’s angry and inward-looking new populists. Thus far, the new populism, whether European or American, is much better at identifying what’s broken than in defining how to fix it.