Mind the Gap: Three Ways to Think about Priests 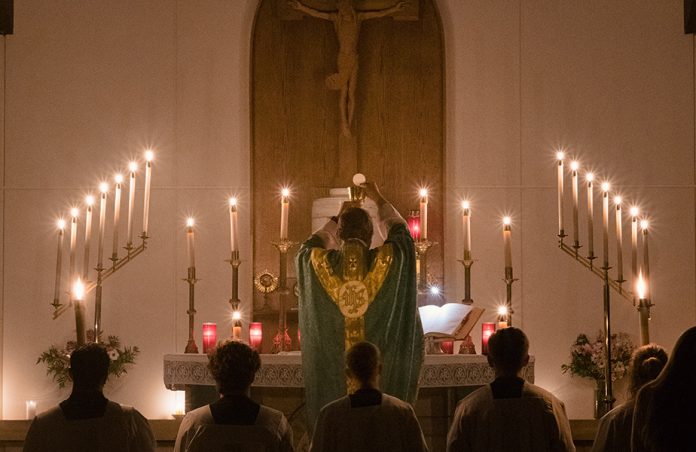 The time had come. By 1863, the city of London had grown to such density that it demanded a new form of urban transportation. Thus was born the first world’s first underground railway — known today as the London Underground, a hallmark of the city. What began as a few subsurface lines for steam trains is at present a 402-kilometer system of passageways, where some 500 trains transport over five million people a day.

As many of the platforms of the London Underground are curved, their meeting place with the straight “rolling stock” of the train line creates a gap — small enough to go unnoticed, yet large enough to cause mischief. It was for this reason that in 1968, an audible warning was introduced in order to ensure passengers take caution in stepping between the spatial gap between the train door and the platform landing. Any traveler aboard the London Underground is now well accustomed to the iconic voice which, speaking to you with laconic pronouncement: Mind the gap between the train and platform.

Though to “mind” is not commonplace parlance in America, it gives the basic sense of “reminding” us of a thing easily forgotten, something not necessarily apparent. Used in the imperative, it beckons to us to draw closer attention, and more specifically to consider the quality or nature of a thing.

In the wake of priestly scandal and in an increasingly secularized society, many Catholics are asking themselves again how it is that they are to think about priests. In a sense, the layman is asked to mind priests anew, attempting to understand the unique and paradoxical state of life of the men whom they call fathers. And there are three basic ways to think about them.

Firstly, a Catholic may regard priests naïvely. They see the grandeur of the office of priest, from the Latin officium, meaning “the performance of a specific task.” What is this task to which these men are appointed in office? They are consecrated in the sacrament of Holy Orders in order to make God present in our lives. In a preeminent way, the priest exists for the Eucharist; for being in persona Christi, he confects the mystery with his own voice and holds it in his very hands. When the mystery of this office is matched with a life of paternal sacrifice, a Catholic cannot not be moved to a place of deep reverence for the miraculous work God does through the instrumentality of ordinary men.

But if a Catholic were to limit their thinking to this alone, they would remain naïve and idealistic about the real state of the priesthood in the Church. It is a noble thing to recognize the objective radiance of the office of the priest; but to do so in an enthused, inexperienced or immature manner only leads to the inevitable collapse to which all illusions are destined.

Second, a Catholic may regard priests critically. If the former view were prominent in the Church prior to the Second Vatican Council, the latter is patently evident in our day. A critical vision of the priesthood is one that focuses on the person of the priest, not the office. They see things subjectively, not objectively — that is, they see the subject who takes on the office. All the more is this view exacerbated by recent scandal, where the utter fragility (and even wickedness) of a man assuming the office has never been more apparent. To many a Catholic, the priest is a man — simply a man — a sinner like everyone else; hence the ensuing critiques. 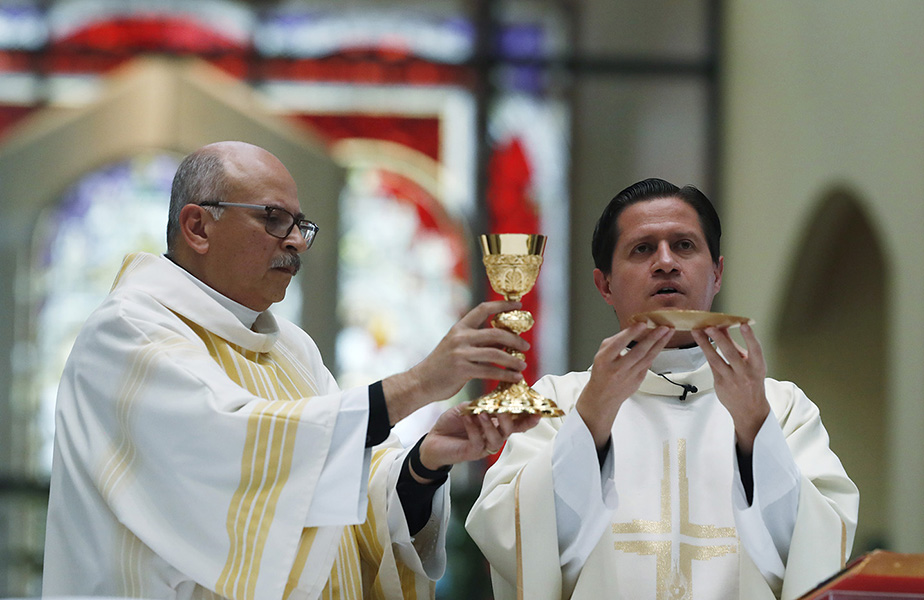 The problem with this critical vision of the priest is not the critique itself; it is the implicit rejection of what the naïve person intuited clearly. For the critic sacrifices the objective dignity of the office when he perseverates on the subjective indignity of the person. Left to itself, this kind of criticism divulges into skepticism which in turn can harden into cynicism. What is most remarkable in our present day is how this critical vision of priests is at play not so much from the secular progressivism of the left, but from the radicalizing traditionalism of the right. In the end, both miss the mark.

What is needed is not a return to naïveté, which only pacifies Catholics out of the challenging, actual reality of the Church. It is not “more pure” to place priests back on a pedestal; that only offers a cosmetic veneer. For truly, it is just as insufficient to focus on office to the detriment of the person as it is to eclipse office in the overemphasis of the person. What is needed is a healthy disenchantment of naïve Catholic life through a more authentic kind of criticism. Healthy criticism is part of Catholic education; for as Luigi Giussani notes, “to criticize means to take hold of things” — an act which is not negative.1 Furthermore, Hans Urs von Balthasar concludes: The critic “takes scandal at everything ecclesial and must spiritualize everything in order to be able to put up with it. Indeed, one must commit oneself to the Church precisely on account of the scandal. The Church is God’s perfect instrument: she deserves our greatest love and our absolute obedience and, at the same time, is most highly qualified to humble us and break our craze for perfection.”2

The Third Way of Assent

Priests are walking paradoxes. If they succeed, they become living miracles. Unlike those in the lay state (those in the world) or those in the religious state (those out of the world), priests exist in a medial state between the two — half in the world, half out of the world. Hence the paradox of their existence, which is governed by an unparalleled and wholly unique tension. For both (married) lay people and religious ground their state of life in vows — acts of personal, subjective freedom. But not so with priests, who are made not by themselves, but by the Church (hence why they don’t take vows). The office of the priesthood, which belongs only to Jesus Christ, is conferred on them in spite of their unworthiness. Office is the objective dimension of their life, never coextensive with the subjectivity of the man. And this is fitting; for if Christ would have waited for men worthy of his office, the Church would still have no priests.

No one has expressed this paradox more brilliantly than the theologian Hans Urs von Balthasar. “Priestly existence,” he writes, “is definitively rooted in the gaping discrepancy between office and person and thus in an ethos that stems radically from humility and is kept alive by the constantly renewed humiliations that manifest and actualize the lasting imparity between [official] dignity and [personal] accomplishment. In his effort to be worthy of his office and, in the process, increasingly to sacrifice and submerge his subjectivity, the priest can expect as his only reward the consciousness, not that he has become equal to the office, but that the office has been able to succeed in him despite his inadequacies. In the ethos of the priest, the contrast between office and person is dominant to the end — a static dualism that no existential effort can overcome or weaken. His gift of self has primarily the form of humility.”3

In brief, the priest is marked by a basic tension or “gaping discrepancy” between the office he assumes and the man he is. There is a “gap” in his priestly existence, one which not only constitutes him intrinsically, but humbles him constantly. It is this gap that Catholics must assent to, an act which requires a response of trusting love in the Triune God. To assent is to say “yes” to the whole reality of the priest — office and person in their interminable and paradoxical union.

So what is the third way to think of priests? The way of assent transcends the other two. Like the naïve Catholic, they love the office for all its glory and honor. Like the critic, they recognize the person who remains absolutely unworthy. Anyone who truly desires to love and understand priests has only to make this act of assent. Or as the Brits would say, mind the gap. 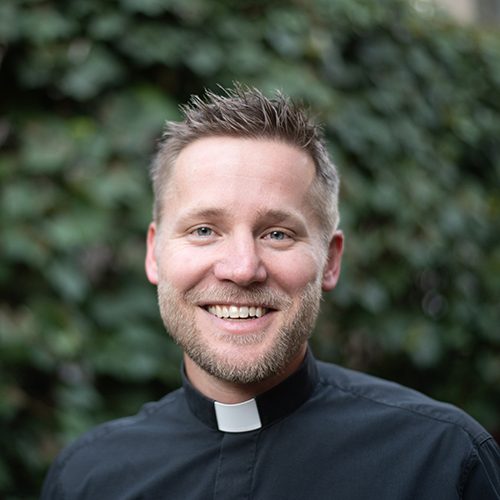