A memoir I never expected to write 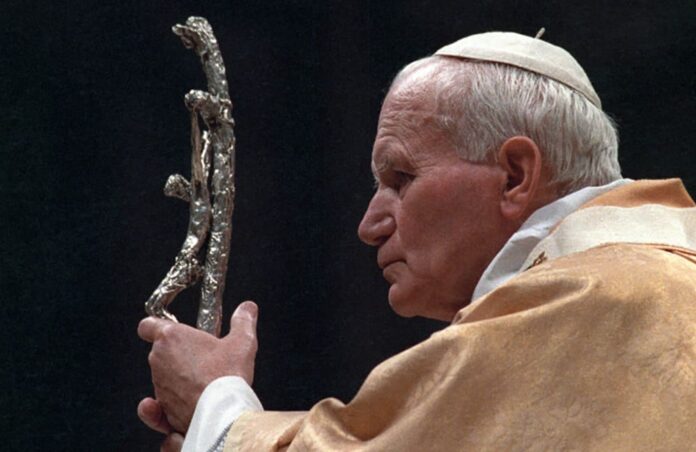 When the second volume of my John Paul II biography, The End and the Beginning, was published in 2010, I thought I was finished with John Paul book-making. I hoped I’d done my best in bringing to a global audience the full story of a rich, complex life that had bent the curve of history in a more humane direction. I had tried to make a modest contribution to contemporary history by using once- classified documents from communist secret police files to illustrate previously-hidden facets of the communist war against the Catholic Church. I had kept the promise I made to John Paul at our last meeting on December 15, 2004: “Holy Father, if you don’t bury me, I promise to finish your story.”

But as I traveled the world speaking about The End and the Beginning and the legacy of John Paul II, I discovered that many people were less interested in the book’s analyses than in stories: stories that would bring a beloved figure alive again; stories that would help keep John Paul II close, rather than having him drift away into the remote intangibility of the canonized. And it struck me, on reflection, that this yearning was the 21st-century equivalent of the love for stories than once inspired the popular medieval lives of the saints. Thus perhaps there was more to be done, in fulfilling my last promise to John Paul II.

And here, too, there was a curious symmetry.

John Paul thought he was finished with poetry when, en route to the conclave that elected him pope in 1978, he wrote “Stanislas,” his poetic valedictory to Cracow. Then, at the end of his life, he discovered there were things he wanted to say that could only be said in a poem; the result was Roman Triptych. So like the man whose life changed my own and to whose story I had already devoted two large books, I am now happy to make a triptych: to publish a third panel in my account of the emblematic figure of the second half of the twentieth century.

Lessons in Hope: My Unexpected Life with St. John Paul II (Basic Books) is very different than Witness to Hope and The End and the Beginning, the first two panels in my portrait of John Paul II. Lessons in Hope is entirely anecdotal; hardy readers of the first two volumes will be relieved to learn that it contains nary an endnote. It’s all stories all the time, and all in bite-size pieces. My intent is that, out of these stories, an even fuller, more deeply-etched portrait of John Paul will emerge, for there is much this exemplary figure still has to teach us.

When he went on pilgrimage to Fatima on May 13, 1982, to give thanks for his life being spared during the assassination attempt a year before, John Paul II said, “In the designs of Providence there are no mere coincidences.” What strikes us as mere happenstance or coincidence is, in fact, an aspect of divine providence that we don’t yet understand. That’s how he thought of his life, and that’s how telling the story of his life taught me to think of my own. Experiences I had, subjects I studied, professional positions I held, people who had a profound impact on my thought: much of this, seemingly random at the time, came into focus as remote preparation for becoming the papal biographer I never intended to be. Thus Lessons in Hope also explores how someone who never set out to write a papal biography ended up doing two volumes of just that, in what I hope is an act of thanksgiving for the providential guidance of my own pilgrimage.

Then there are the stories of getting my biographer’s job done amidst the often-sluggish realities of Vatican life: stories that wouldn’t have fit in Witness to Hope and The End and the Beginning, but which now retrospectively illuminate, not only my own adventures in Rome (and elsewhere), but the accomplishment of John Paul II in getting the balky machinery around him to work as well as it did under his creative, courageous, firm, and collaborative leadership.