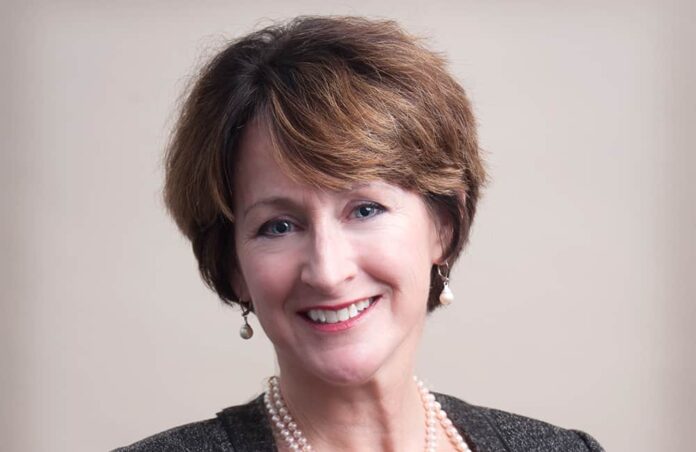 When Saint John Paul II wrote in 1988 that women are called to shape “the moral dimension of culture,” creating “a culture worthy of the person,” one woman in particular took those words to heart.

Almost thirty years later, Mary Rice Hasson has not only responded to the Pontiff’s call for women to shape culture, but she’s actively encouraging other women of like minds to do the same.

Hasson is the director of the Catholic Women’s Forum at the Ethics and Public Policy Center in Washington, D.C., which seeks to “shape conversations in the Church and in the culture—about marriage and family, gender and sexuality, the role of women, religious liberty, and the dignity of human life.”

An attorney and mother of seven, she writes and speaks frequently on women, faith, and culture, and edited the recent book “Promise and Challenge: Catholic Women Reflect on Feminism, Complementarity, and the Church.”

On Nov. 7, she will present at the Saint John Paul II Lecture Series to consider the challenges and opportunities for women to shape culture in Colorado.

Hasson was the keynote speaker for the Holy See at the 2017 United Nations Commission on the Status of Women, speaking on “The Distinctiveness of Women’s Work and Women’s Empowerment,” and with her husband, Kevin J. “Seamus” Hasson, received the 2015 St. John Paul II Award for the New Evangelization from the Catholic Information Center in Washington, D.C.

Upon receiving the New Evangelization Award, Hasson noted that “the wrong women have had the upper hand” in shaping our current culture.

“So here’s the good news,” she continued, “Catholic women have not been idle the past thirty years. There’s a vibrant generation of women, well-schooled in their faith, with hearts on fire for the Lord, who are already hard at work.”

“But we need to do more,” she added. “We need to amplify within the culture, the voice of Catholic women who support the Church’s teachings—women who see in those teachings the path to women’s happiness, equality, and authentic freedom. Who know that women flourish when they live according to the truths of our faith.”

The Saint John Paul II Lecture Series is a quarterly event provided free of charge. Each event is held in the refectory of St. John Vianney Seminary at 1300 S. Steele St., Denver. Wine and hors d’oeuvres are available at 7 pm. The lecture begins at 7:30 pm.

Space is limited; RSVP at archden.org/lecture.