Love and mercy: A Christian response to suicide 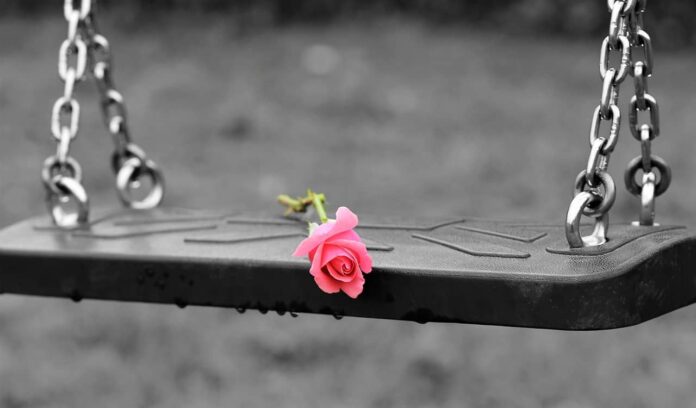 In the wake of the deaths of Kate Spade and Anthony Bourdain, my Facebook feed has been filled with various musings and pontifications on suicide — what causes it, how to understand it, how to prevent it.

And because my Facebook friends skew to the highly religious side, what I am seeing is a lot of posts that say more or less the same thing: that if these people had only known Jesus, they wouldn’t have committed suicide.

If only it were that simple.

I am the first to agree that, with more Jesus, we would have much less suicide.  Genuine religion acts a deterrent to suicide in multiple ways.  First of all, religious faith gives meaning.  We aren’t just here just to amass a fortune, or to travel the world, or to achieve earthly status.  Many, I’m sure, reach the pinnacle of success only to think “Is this all there is?”  And when we see the self-inflicted deaths of two such successful people in the span of four days, it’s easy to assume that this was the reason for their despair, and that “If they had only known Christ, they would have had true meaning and they wouldn’t have ended their lives.”

But we can’t know that.

Secondly, religious faith gives meaning to suffering.  Knowing that Christ died for our sins, and believing that we can join our sufferings to his, we can endure far more than someone who sees no point or purpose to their suffering.

But we can’t judge any individual’s mental state, or know how much that “far more” is for any one person.

And third, our beliefs about sin can impact decisions about suicide.  How many desperate people have wrestled with the temptation to end their own lives, but ultimately won the battle because they were still rational enough to know that the Church considers suicide a mortal sin, and that they would be risking their eternal salvation if they were to carry out their plans?

So yes, I think it’s clear that knowing Christ is a significant deterrent to suicide.  And we should share the love of Christ with everyone, especially those who may be at risk for ending their own lives

But all the religion in the world will not, in and of itself, end the scourge of suicide in our culture.

Here’s the problem: Many of those I have known and loved best who committed suicide were faithful followers of Jesus Christ.  They loved him.  They spent their lives trying to do their best to obey him.  And, in their better, clearer moments, they would never have dreamed of ending their own lives, offending him, and inflicting a lifetime of pain upon their families and those they loved most.

But, at the moment of their deaths, they were very, very far from their better, clearer moments.  They were desperate.  Beyond desperate.  And most likely beyond fully rational thought.

Suicide is complicated.  It happens for many reasons — mental illness, extreme pain, emotional torment.  Even medication can cause suicidal ideation.  I can’t know the mind of any individual who resorts to it.  But I keep thinking that the instinct to self-preservation is so strong, and the pain necessary to overcome it is so great, that the percentage of people who are in sufficient possession of their rational minds as they are ending their own lives must be somewhat small.

And our all-merciful God knows that.

The problem is that when we pontificate on social media, especially on sensitive issues like this, we have multiple audiences.  We are speaking to those who may be deep in pain and contemplating ending their own lives, and also to those who have been left behind, and who are grieving and trying to make sense of their own loved ones’ suicide, and perhaps even wondering about their final destination.

And what one needs to hear may be exactly what the other does not need to hear.

Yes, we need to reach out to the suicidal with the love of Christ.  For some, it might be the difference between life and death.  They need to know that God loves them, and that they can unite their sufferings to his.  And that, yes, God wants them to persevere, and that usurping his authority and unilaterally deciding to end their own lives is most definitely not his will.

But for the survivors of loved ones’ suicides, especially when those loved ones were conscientious Christians, sprinkling holy water on the problem just diminishes that faith, and implies that all could have been well if the departed had just believed a little more fervently.

They need to hear that the love of God is bigger and stronger than their loved ones’ despair.  And they need to hear that there is reason to hope and pray for their salvation — that our merciful God knows what extreme physical or emotional pain does to free will, and that he sees the heart and the entire person, not just the final decision that may have come in an irrational moment of extreme weakness.

So yes, by all means bring the love of Christ to those who are in despair.

But don’t forget to bring the mercy of Christ to those left behind.