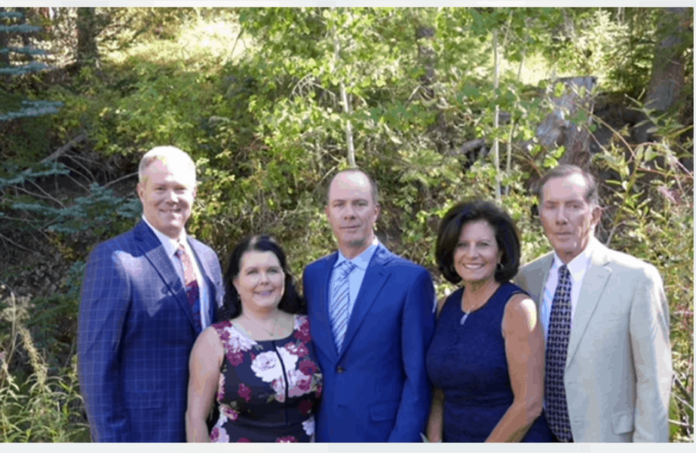 Denverites have been walking all over Ed Routzon’s family name for more than half a century, but he doesn’t mind.

Routzon’s family business is Guy’s Floor Service and it provides all kinds of residential and commercial flooring and interior remodeling services. Guy’s was started by Ed’s father in the barracks of Lowry Air Force base and today the family’s fourth generation is still providing quality flooring to Colorado customers.

“My dad started as a roof painter at Lowry and Fitzsimmons’s bases until one day the procurement officer asked him if he could finish floors too,” Ed said. “My dad, having a young family to feed at home, said ‘sure, I can.’”

Guy Routzon started finishing hardwood floors in the barracks, but then expanded to finish floors in houses with the help of Colorado business hall of fame home builder Frank Burns. Guy’s Floor Service steadily grew, and Ed and his brother bought out their dad in 1972.

Now as Ed has his eyes set on his own retirement, his focus is also on his family’s legacy. The Routzon family started its own family foundation in 2004 with the concentration on carrying out the Catholic corporal works of mercy, such as feeding the hungry and sheltering the homeless.

Ed’s wife Cindy and daughter Sarah Landry run the family foundation with a mission rooted in addressing the physical needs of others through Catholic ministries like Samaritan House, the largest Catholic homeless shelter in Colorado, and the Capuchin food truck that distributes food on Denver’s streets to the homeless.

Meeting the needs through works of mercy are so important to Ed and the Routzon family that they also started two donor-advised funds with The Catholic Foundation to further their ability to feed the hungry and shelter the homeless. The family’s gifts also include Catholic education assistance and school supply programs.

“With our donor-directed funds, we get to guide how money gets distributed and being a Catholic, I prefer to work through a Catholic organization like The Catholic Foundation,” Ed said.

The donor-advised funds through the Catholic Foundation are useful tools for someone who is moved to the act of charity but may not yet know precisely where to make a donation. The Catholic Foundation provides knowledgeable staff to partner with Catholics who want to make inspired giving in a morally responsible way.

“Our inspiration for our giving really comes from the corporal works of mercy and The Catholic Foundation has been an easy conduit for that mission,” Ed said.

Learn more about legacy planning with The Catholic Foundation by visiting thecatholicfoundation.com or calling 303-468-9885