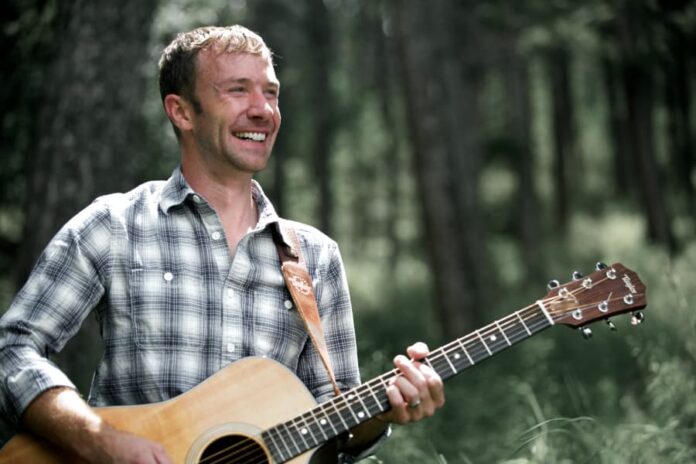 Shaun Garrison, musician and worship leader for the Genesee-based Fellowship of Catholic University Students, gets that question regularly at national FOCUS events.

“Then they’ll proceed to tell me how the time of worship music I led at eucharistic adoration years before was a singular moment of conversion and reawakening for them,” Garrison shared.

In hopes of sharing his music more widely, Garrison is trying to raise $20,000 by Aug. 31 to record an album of original music, through a crowdfunding campaign on Kickstarter.

“This album is so important to me because I believe it’s come from a divine calling,” Garrison told the Denver Catholic Register Aug. 20. “God planted this desire in me about 15 years ago, and I have a strong conviction that he has called me to write and record these songs.”

Funds raised from the campaign, which began Aug. 1, would cover the costs of studio fees in Nashville, professional studio musicians, recording, mixing, mastering, printing and duplication, video capture and editing, and travel.

“Recording music is an expensive endeavor,” he said. “Crowdfunding makes the recording process possible for independent artists like myself who otherwise couldn’t afford to put money up front.”

As of Aug. 21 he had raised $12,098; or 60 percent of the goal, through 107 backers. It is an all-or-nothing endeavor, so if Garrison does not meet the $20,000 goal, he will not receive any of the money raised, supporters’ credit cards will not be charged, and the project will end.

“There’s a lot of good momentum,” he said, “and I’m humbled by the outpouring of support from all these amazing people.”

He’s also thankful for God’s perfect timing, even though he can’t claim to understand it, he said.

“This project has been a lot of work for me, as a man with a wife, four children, and a full-time job,” Garrison said. “But my wife and I felt that the Lord was calling us to pursue this dream at this time. It’s been so exciting and surreal to see things in motion to make this lifelong dream a reality.”

According to the Kickstarter website, friends, fans and inspired strangers have pledged $1 billion to back projects promoted on the site, successfully funding 68,016 of more than 100,000 projects posted.

To learn more about Garrison or be part of the project, click here. Backers will receive a copy of the album and other rewards depending on their giving level.