A touchpoint has consistently appeared in the course of Jenny Uebbing’s writing career.

Over the past 10 years, Jenny Uebbing has covered a wide range of topics on her popular blog, Mama Needs Coffee: the joys and challenges of motherhood, travel, style, liturgical seasons, spirituality, and more. But she consistently returned to one subject: natural family planning. Whenever she was invited to speak publicly, that was the topic she was asked to speak about.

In 2017, the topic took on renewed urgency. She posted a guest commentary about the difficulty of faithfully living out Natural Family Planning (NFP), and a flood of reader comments ensued. So, Uebbing turned to her national audience to ask a seemingly straightforward question: What do you need? It was a question her audience was eager to answer.

A woman named Kathryn wrote: “My gut reaction to the question of what we (my husband and I) need to keep living NFP is literally anything. We have no more NFP contact in the archdiocese, no priestly support, very few families at Mass, and complete silence from the parish about anything related to Christian marriage (and) sexuality.”

Another reader responded: “Coming from a place of infertility rather than hyper-fertility, my husband and I could use more reassurance from the Church that just because we don’t have any kids, we’re no less Catholic and no less a family than those who are so blessed.”

Another shared: “I feel some sense of relief in reading these posts and that is EXACTLY what I need right now — to be part of a conversation …. NFP is.not.easy (sic). It is a cross, it is counter-cultural, it is a roller coaster ride, it is so many things all together.”

“I think the Holy Spirit was starting that conversation, and kind of lining things up,” Uebbing, 36, said during a conversation with Denver Catholic in August.

So this spring, as Uebbing prepared to welcome her sixth child — due in November — she decided to seek out where else the Holy Spirit may be leading. My number one hope is just to connect people to a community where they feel like they are not alone anymore.” – Jenny Uebbing

“I had kind of a do-or-die reckoning, you’re going to have half-a-dozen children, are you going to keep having a public ministry, or is it time to hang up the keyboard for awhile?” Uebbing said. “So I thought, ‘OK, if I’m going to keep working, I’m going to have to figure out a way to scale myself, so that I can do this work that I really feel is a mission.’”

After brainstorming with a friend, she developed an idea: a membership-based community centered around NFP called Off the Charts.

“I threw the idea out there in May and wanted to kind of test the waters with my audience, and there was a huge response. I had people signing up and saying, ‘I’m in!’ And I was like, ‘I haven’t built a website yet! There’s literally nothing, it’s just an idea!’” Uebbing said.

She did a beta launch and refined the idea by incorporating feedback from a limited number of early users. Off the Charts officially launched to the public Sept. 15.

While the site will have many features, at its heart, it’s a community — one made up of instructors, couples, and clergy, who offer support, continuing education, and resources about NFP.

“My number one hope is just to connect people to a community where they feel like they are not alone anymore,” Uebbing said. “Even if that’s the only thing I can do for someone, is to alleviate that sense of alienation and overwhelm, that’s my number one hope.”

Members will have access to live webinars and workshops, Q&A sessions with NFP professionals, essays, blog posts and more. Uebbing will contribute video and written content, and there will also be a feature that allows people to anonymously submit to a priest delicate questions about their struggles and uncertainties with NFP.

“I cannot say anything but: I will do my best to help,” Father Granados wrote in an email to Denver Catholic. “[Off the Charts] is a very good initiative that helps us look at NFP with realistic and positive eyes…. Enough with fear and hesitation about the beauty of the Church’s teaching on sexuality and human love. We can be proud: We have received the amazing gift of God of the truth of our love.

“It will help couples using NFP not to grow resentful. It will remind us about our vocation to heroism in our love.”

In Father Granados’ experience working with couples, he has noticed several trends, one of which is a vocational loneliness.

“Nobody speaks about NFP. Couples are tempted by relatives and friends to go through the ‘broad gate’ of contraception or even sterilization. Everybody and everywhere they are invited to do that. Only a few prophets (other couples, maybe a priest or a bishop) talk to them about the beauty of their vocation, and about its difficulties from the perspective of a vocation to holiness,” Father Granados wrote.

This scarcity of pastoral guidance is an area in which Uebbing hopes to make significant strides, specifically by helping to better equip clergy.

“I really would love to create something for priests and seminarians to just give them the tools that they need. It’s all there, it just needs to be repackaged and refined in a way that’s user friendly for everybody,” she said.

“It is critical to form seminarians in this area,” he wrote. “Without shepherds that embrace the challenge of accompanying couples in their path to holiness, families struggle to be faithful to the truth of their love. Priests are called to lead by example and remind the couples their high origin and vocation. Otherwise, the temptation to give up or to live the teaching with resentment is huge.”

Uebbing said that some have expressed uncertainty about why she would build a community that requires a membership, instead of exclusively carrying on with her blog platform. But she recognizes that publishing is largely moving toward paid membership and subscription products and believes that if people are willing to pay for Netflix, Hulu, or Formed.org, they’ll also invest in a product that touches a key part of their lives.

“I want to give people access to quality content that can really enrich their marriage and enrich their experience of married life,” she said. “We have to take ownership for our own formation, our own experience of the Church, acknowledging that we are also the Church.”

Still, she understands that for some, any cost at all can be prohibitive, so she is offering a scholarship option when needed.

Back in May, when Uebbing first introduced Off the Charts to her blog readership, she spoke of the inspiration that had led her to this moment.

“That prickling sense of, ‘I should do something about this;’ it just hasn’t abated. Even into this sixth pregnancy, I’ve still been nudged and prodded by the sense that there is something more I can do here, something I’m supposed to do,” she wrote.

“As God often does, He kept nudging. Prodding. Waited until life was moving along at such a clip that I’d be out of my own way, so to speak, and then said: ‘Go.’”

To learn more and join the waitlist, visit
offthechartsnfp.com. 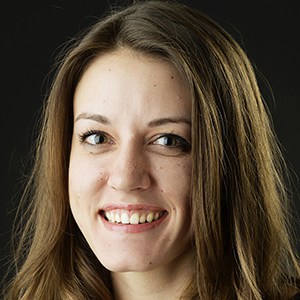 Anya Semenoff
Anya is a freelance writer and photographer in the Denver area.
RELATED ARTICLES
Around the Archdiocese