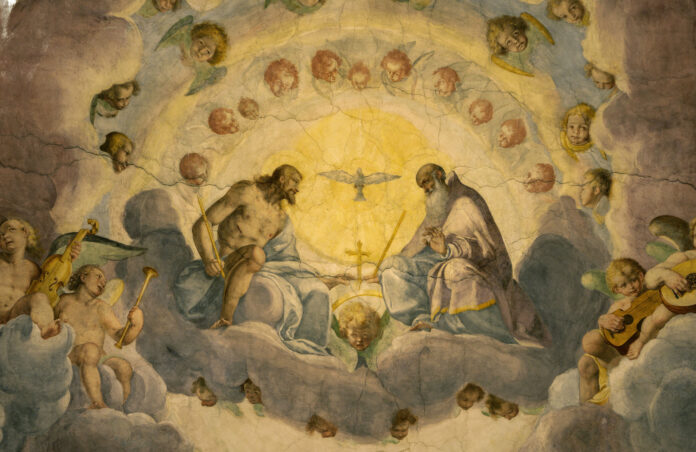 In the Old Testament, God’s people of Israel knew of God as father, but only in a general sense. For instance, since God is creator of all things, he can be called “father.” Jesus Christ, however, reveals an entirely distinct fatherhood of God: he reveals, as St. Paul writes, “Abba” (see Romans 8:15), abba being a Syriac word that signifies “my father.”

Abba is a word that intentionally relates familial imagery, a word of intimacy. In other words, God is not just father in the abstract sense as creator, but in a familial, intimate manner with his creation. Furthermore, this Abba is also not just calling upon God as father in a familial, intimate manner, but calling upon the Person of God the Father, First Person of the Most Holy Trinity. For in Christ, we not only get to call God Abba, but we also receive the revelation of the paternity of God the Father from Jesus the Son, the Second Person of the Most Holy Trinity, who is eternally begotten of the Father.

How, then, does Jesus reveal the Person of God the Father? Let us look at 10 ways (among others!) that the revelation of Jesus draws us into the mystery of his filial relationship with God the Father.

The Incarnation is the external prolongation and extension of the procession of the Son. As we read in John 8:42, “Jesus said to them, ‘If God were your Father, you would love me, for I proceeded and came forth from God; I came not of my own accord, but he sent me.’” The justice and mercy of the invisible Father and his love and providential care of his beloved creatures has a face in Christ because of the Incarnation.

As Jesus says to Mary and Joseph upon their reunion, “Did you not know that I must be in my Father’s house?” A Father different, of course, from St. Joseph himself, who is but the foster-father of our Lord.

We read in Mark 1:14 that “after John was arrested, Jesus came into Galilee, preaching the gospel of God.” This preaching is most famously captured by the Sermon on the Mount, which emphasizes the fatherhood of God. In fact, God is called “Father” in the sermon 17 times. Why emphasize God’s fatherhood in the sermon? Because Jesus is God the Son, who is calling us to be sons of God ourselves, through him and with him and in him.

Not only do the words of Jesus testify to God the Father, but so, too, do his works. The healings, miracles, and all other acts by Jesus show forth his splendor as the Son of God. As our Lord himself says, “If I am not doing the works of my Father, then do not believe me; but if I do them, even though you do not believe me, believe the works, that you may know and understand that the Father is in me and I am in the Father.”

We see in Christ’s interior life that his life of prayer is all about his turning as Son to the Father and the Father turning likewise in testifying to his Son. In both cases of the Baptism and Transfiguration, for example, Jesus Christ is praying, and as he is doing so, a voice from heaven proclaims him the beloved Son. By uniting ourselves to the interior life of Christ, we pierce the heavenly mysteries.

Nothing reveals the love of the Father so much as the Passion of Christ, which shows that the Father’s infinite love for mankind doesn’t even spare his only-begotten Son. The Crucifixion especially signifies the love that the Father has for the world, a love which sends his only begotten Son to death to redeem us of our sins. Jesus’ own obedience to the will of the Father, captured no more powerfully than in the agony of the garden, shows forth his own union of will with the Father’s.

Just prior to his ascension into heaven, Jesus gives his Catholic Church her mission: to teach all nations and baptize them. The formula for baptism itself reveals to us the three persons in one God: when we are baptized into the passion, death, and resurrection of Christ, it is in the name of the Father and of the Son and of the Holy Spirit. The three persons in God are distinct, yet consubstantial, coequal, and coeternal.

We read in Acts 2 of the first Christian Pentecost 50 days after Easter, which marks the birth of the Church. The Holy Spirit descends upon the faithful as the founding gift and soul of the Church. What does this have to do with God the Father? Everything, for Jesus makes it clear that the Holy Spirit is the promise of the Father (see Luke 24:49; Acts 1:4-5). ⊲

The revelation of God the Father is made even more personal to us with the infusion of the theological virtue of faith into our intellect. For as Christ speaks in the Gospels, faith is eternal life already begun: “He who believes in the Son has eternal life” (Jn 3:36). Note that he says “has eternal life,” not “will have.” But what is eternal life if not the knowledge and love of the Triune God? As Christ says, “And this is eternal life, that they know thee the only true God, and Jesus Christ whom thou hast sent” (Jn 17:3). ⊲

The Christian life of faith, hope, and charity is most fully perfected in our conformity to Christ crucified, for the savior demands that we pick up our cross as he did. But this carries with it a great promise, as well, of coming before the Father victoriously clad in our suffering: “So every one who acknowledges me before men, I also will acknowledge before my Father who is in heaven” (Mt 10:32).

These are not the only ways in which our Lord reveals the Father, but these ten ways capture a comprehensive, if only brief, overview. Jesus came to do the will of the Father (John 6:38), and the will of the Father he did indeed. It is through Jesus and his obedience to the will of Father, culminating in his Passion, death, and resurrection, that we ourselves return to our Father in heaven.

If you enjoyed this article and want to learn more like it, then visit our website at sjvlaydivision.org to see the different class offerings we have for the Biblical and Catechetical Schools starting in September. Classes will be offered both in-person and online, so taking a class with us will never be easier. It doesn’t matter what part of Colorado you live in — you can take a class! There is something for everybody — classes in Scripture, Catechism, Catholic culture and art, prayer…you name it. Classes begin on Monday, Sept. 13. Visit sjvlaydivision.org to see all of the options for information sessions, class locations/times, and to register. Make the choice to learn your faith and come to know and love Jesus Christ! 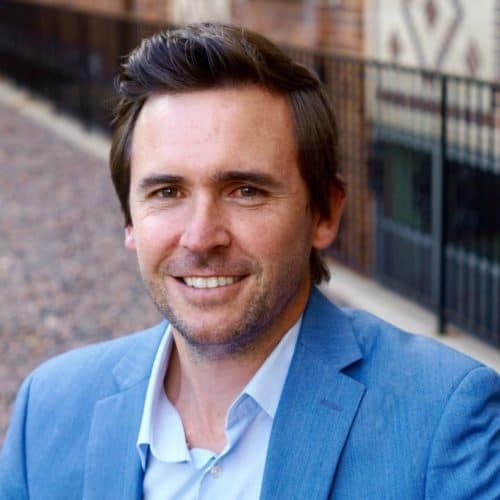