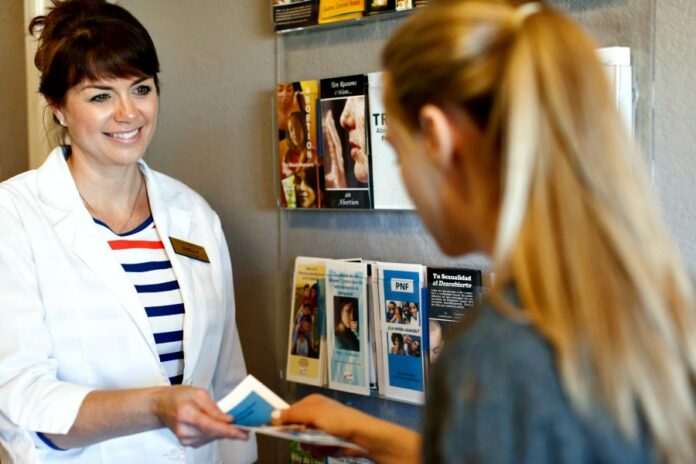 Abortion-vulnerable women drive down Pontiac Street toward Planned Parenthood of the Rockies in Denver regularly.

When they come, Lighthouse Women’s Center staff wants to be ready with an open door.

So the medical center expanded its hours to Saturday from 9 a.m.-1 p.m., a time when many pregnant women arrive at Planned Parenthood on 38th Avenue for an abortion procedure, said Lynn Grandon, Lighthouse’s executive director.

“For us it’s a location intervention for the women who are headed down Pontiac,” Grandon said.

Staff was originally limited until the center hired another nurse and a physician’s assistant allowing for expanded hours.

“That’s allowing us to be open on Saturdays because there is a heavy presence of patients over at Planned Parenthood then,” Grandon said.

The center will also soon feature new signage that staff hopes will encourage women to walk in for a free ultrasound. One sign promotes its new hours and another billboard-sized sign in the works is intended to give women a second thought about abortion.

“What we’re saying to them in essence is, ‘Please consider getting an ultrasound before …  and it’s free,’” she said. “It’s the last chance for them to see our signage and to give them pause.”

Studies show once women see their baby through an ultrasound image, their maternal instincts kick-in and many will not go through with an abortion, Grandon said. Many of these women feel alone, so the center offers non-judgmental support for women, their boyfriends and family who are navigating decisions about life.