His Church. Our Experience.
Subscribe
HomeLocalLife was ‘God’s precious and loving gift’ for Denver priest of 60...
Local 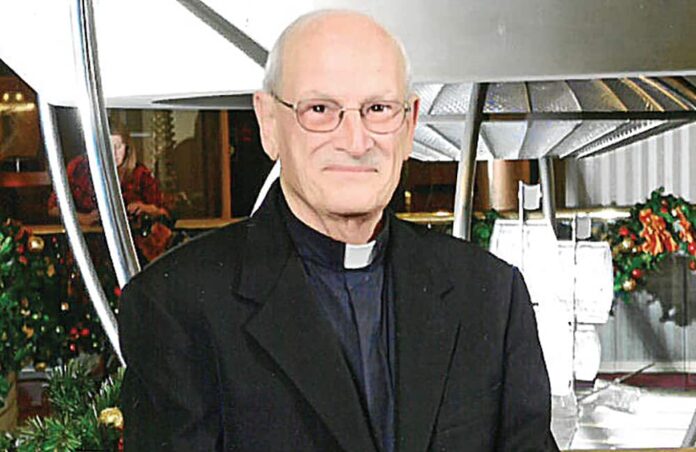 Father Angelo Ossino, a longtime and beloved priest who served in the Archdiocese of Denver for over 40 years, died Feb. 13. He was 86 years old.

Angelo Ossino was born Jan. 6, 1932, in Omaha, Neb., to Samuel and Veta Ossino. He was raised in an Italian neighborhood in Omaha alongside his siblings Fred and Rosemary, both deceased. He graduated from Sacred Heart High School in Omaha in 1949 and entered Conception Seminary in Missouri shortly thereafter.

Father Ossino was ordained a priest on April 6, 1957, by John Patrick Cardinal Cody. He went on to obtain his Master’s of Library Science from Rosary College in Illinois in 1960, and served as assistant librarian at the Conception Abbey and Seminary Library from 1960 to 1966.

Between 1966 and 1974, Father Ossino taught at various Catholic schools in Missouri and Louisiana and earned his Master’s of Religious Education from Loyola University in Chicago in 1972.

After serving as associate pastor of St. Columbia Parish in Missouri for a year, Father Ossino was incardinated into the Archdiocese of Denver, where he would serve for the remainder of his priestly career.

His first assignment in the Archdiocese of Denver was at St. Anthony Parish in Sterling. He went on to serve as assistant pastor of St. Jude Parish in Lakewood before being assigned pastor of St. Joseph Parish in Golden. He was pastor there until 1988, when he was reassigned to St. Pius X Parish as pastor. He spent his final years as an active priest there, until his retirement in 2002.

Not one to keep still, Father Angelo stayed busy in his post-retirement years. In 2004, he joined the Apostleship of the Sea of the United States of America as a cruise ship priest, and served with them ever since.

Last year, Father Ossino celebrated the 60th anniversary of his ordination to the priesthood. He said two celebratory Masses at St. Joseph and St. Pius X, both parishes he served as pastor at.

“Life has been God’s precious and loving gift to me,” Father Ossino wrote in a letter last year for the occasion of his 60th anniversary. “I have learned so much about giving and receiving, about faith and prayer, and about treasuring good food, good friends and good wine! I have so much to celebrate.”