Lessons on proper elder care after my mother’s death 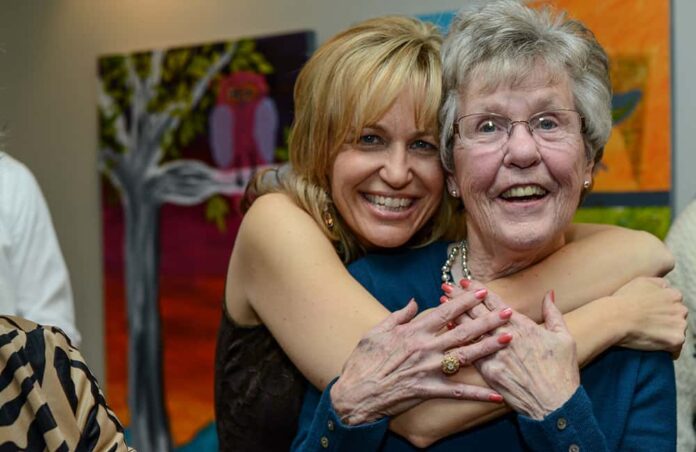 We buried my Mom last month.

In the summer of last year, I first drove her to her new memory care facility. My heart was breaking. She was so scared and vulnerable but was trying so hard to be brave. My brother said it was like taking your kid to pre-school for the first time. And never going back to pick her up.

But we had to do it. She was far too confused for our 97-year-old Dad to take care of her. She didn’t recognize him. She would lock herself in her room, afraid of the “strange man” in their apartment. She wasn’t eating well, and with COVID restrictions we couldn’t get into her independent living facility to monitor her diet or her health. Worst of all, she would wander. Unable to recognize “home” and unable to convince anybody to come get her, she would set off by herself. Dad would realize she was missing and frantically try to find her. Fortunately for us, she always attempted her escapes when the night security guard was at his desk. But we were terrified that some evening she would get out while he was away, and she would roam out into the winter night.

We knew that, without round the clock support, we couldn’t keep her safe in any of our homes either. So, we concluded that she needed to be placed in a secure memory care facility. I think it was one of the hardest decisions my family has ever faced. We researched. We consulted experts. We hired a placement agency. We came close to placing her in one home, then chickened out because we felt like the owner was pressuring us.

Finally, we landed on what looked like the best facility for our needs. They specialized in memory care, and we were assured that the staff had been trained to care for people with dementia. They took notes about her diet, health, likes and dislikes. Most important, it was a secured facility. They knew that Mom wandered, and their secured doors and round the clock caregiver oversight seemed like the best way to keep her safe. It was the most expensive facility we had seen. But we figured her safety and well-being were worth it.

On Jan. 12, Mom was found in that facility’s back yard. Frozen to death.

She had let herself out through an unsecured exterior door, unnoticed and unimpeded, on a cold winter evening. No one realized she was missing until the next morning.  A health department investigator told me that she had been out there at least 12 hours. Which means caregivers over three shifts failed to recognize her absence. I’m told she was wearing thin pants, a short-sleeved shirt and socks. The overnight low was 20 degrees.

We are devastated. Beyond devastated. Frankly, I don’t know that it has completely sunk in yet. I think the brain only lets in a little horror at a time. I re-read what I just wrote, and think “Wow, that would be a really horrible thing to happen to a loved one.”

I debated what my first column after Mom’s death would look like. I have felt compelled, in social media, to celebrate the person my Mom was and the way she lived. To keep the memory alive of the truly amazing person she was. But I think I did it mostly to distract my mind from the horror of how she died.

But I am feeling more compelled, in this moment, to tell the story of how she died. Because I think it needs to be told. Because others are struggling with the agonizing decision to place a parent in memory care. Because when we were doing our research, we would have wanted to know that these kind of things happen.

I am not naming the facility here. It will be public knowledge when the Colorado Department of Health and Environment report is completed. From what I am told, they are horrified at what happened and are working very hard to make sure it never happens again.

My point here is much bigger. I am discovering the enormous problems we face in senior care, particularly in the era of COVID. I was told by someone in the industry that, since the facilities are locked down and families can’t get in to check on their loved ones, standards are slipping in many places. With no oversight, caregivers and managers are getting lazy. I was in regular communication with Mom’s house manager, and I raised flags every time I suspected a problem. But you can only ascertain so much in phone conversations with a dementia patient.

Now, since her death, we have discovered that her nightly 2 a.m. bed check — a state mandated protocol — had only been done once in the ten days before her death. She could have disappeared on any of those nights, and no one would have realized it.

I have wracked my brain, to figure out what we could have done differently. The facility had no previous infractions. Their reputation was stellar. Their people seemed very caring. Their web site would make you want to move in yourself.

Knowing what I know now, I would have asked some very specific questions. How are the doors secured? Are they alarmed? Is the back yard accessible at night? Are bed checks actually done every night? Who checks the logs to confirm?

I would check for infractions at the CDPHE web site. Then I would find out who owns the facility, and do some online stalking. Is this a person with a history of caring for the elderly, or just someone who has jumped into the very trendy, very profitable business of elder care? I am very concerned that, for many, this “business model” is built on maximizing profits by minimizing compensation for front line workers — the people actually caring for our loved ones.

Dad is living with me now. We are not inclined to trust any facilities with his care. Watching him grieve has been heartbreaking. If you talk to him, do me a favor and don’t mention how she died. It’s hard enough to say good-bye to his wife of nearly 60 years, without having to grapple with this, too.

I am, frankly, still in disbelief. I don’t know exactly where I am going from here. But I do know one thing. I want my Mom’s death to spur a closer look at the way we care for our vulnerable elderly.

Because I don’t want what happened to my Mom to happen to another vulnerable elderly person again. Ever.