Lenten lessons from the silent saint 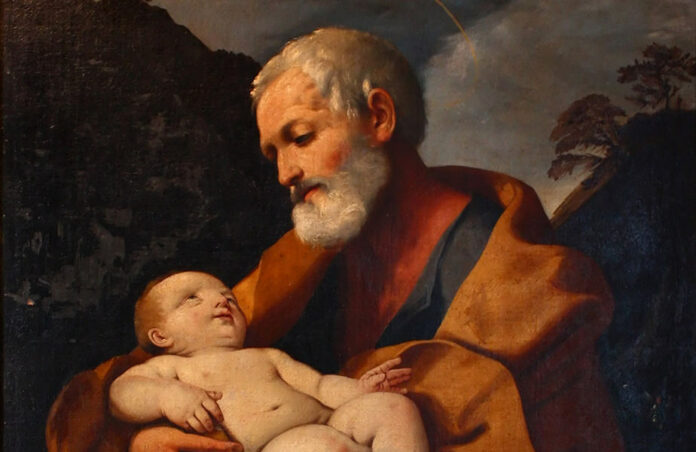 He was a man of silence and action. As we continue to walk through Lent, St. Joseph, the man who is revered as patron of the universal Church, and “the terror of demons” has much to teach us.

For people who live in a world awash in sounds and images, the silence of St. Joseph can be disconcerting. No spoken word of his is recorded in the Gospels. They only tell us that he was a “righteous man” (Mt. 1:19).

We also know that he was a man who trusted God and obeyed his guidance. This is evident from his encounter with the angel of the Lord, who appeared to him in a dream and told him to take Mary as his wife. Despite any negative consequences this might have had for him in his community, St. Joseph immediately acted on that divine guidance.

Months later, after Jesus had been born and the three Magi had visited, an angel appeared to him again and said, “Rise, take the child and his mother, and flee to Egypt, and remain there till I tell you; for Herod is about to search for the child, to destroy him” (Mt. 2:13). While it was still night, he rose and fled into Egypt with Jesus and Mary. Joseph’s attentiveness and obedience saved Jesus life, as Herod decided to massacre all male children two and under in the region.

As we continue deeper conversion during Lent, St. Joseph displays three qualities that we can all strive to imitate, with the help of God. St. Joseph was silently attentive, obedient and steadfast. He is the “terror of demons” because of these three virtues.

Cardinal Robert Sarah recently penned a masterful book called “The Power of Silence.” In it, he explains that silence is an essential condition for hearing God’s voice, just as St. Joseph did in his dreams. “Silence is more important than any other human work,” he says, “for it expresses God. The true revolution comes from silence; it leads us toward God and others so as to place ourselves humbly and generously at their service.”

St. John of the Cross, reflecting on the state of the world before it was created, said, “God’s first language is silence.” If you would like to increase your ability to hear God’s voice, then I recommend that you use the remaining days of Lent as an opportunity to cultivate exterior and interior silence.

Besides being attentive to God, it is evident from St. Joseph’s actions that he profoundly trusted the Lord. Trust is the bedrock upon which the obedience of the saints is built. Their obedience flows from knowing that God the Father only seeks their good and they can trust him. St. Joseph was no exception: once he heard God’s direction, he obeyed because he trusted him.

There is a wonderful passage in Jeremiah that captures this attitude well. Jeremiah prophesied, “Blessed is the man who trusts in the Lord, whose hope is the Lord. He is like a tree planted beside the waters that stretches out its roots to the stream: It fears not the heat when it comes, its leaves stay green; In the year of drought it shows no distress, but still bears fruit” (Jer. 17:8).

If you want to grow in obedience this Lent, then strive to grow in your relationship with God the Father. Trust him and believe in your heart he only desires your good. Reflect on the story of the Prodigal Son, asking yourself, ‘Which son am I – the prodigal or the resentful older son?’ Then, ponder the generous, always-present love of the Father for you in your prayer. Ask the Father to reveal his unique, personal love for you.

The final lines of Jeremiah’s blessing give us a vivid image of St. Joseph’s final virtue, his perseverance or steadfastness in difficulty. We see this virtue on display when he gathers Mary and Jesus together in the middle of the night and flees for Egypt, aware of the danger but trusting in God. Above all, we witness St. Joseph’s steadfastness in accepting his vocation of caring for and helping raise the son of God and protecting Mary – a truly daunting responsibility. He joyfully embraced it.

Being steadfast in a society that is less than accepting of Christian values and beliefs is a necessity today. If we are connected to God’s grace through the sacraments and daily prayer, then we will not show signs of distress in our drought-stricken world but will bear fruit.

Each of us is called by God to become a saint in our own circumstances. This Lent, I encourage you to follow the example of St. Joseph and strive to grow in attentiveness to God’s voice, obedience to his will for you, and in perseverance in carrying that out.

May St. Joseph, patron of the universal Church, pray for us and help us grow in holiness this Lent.